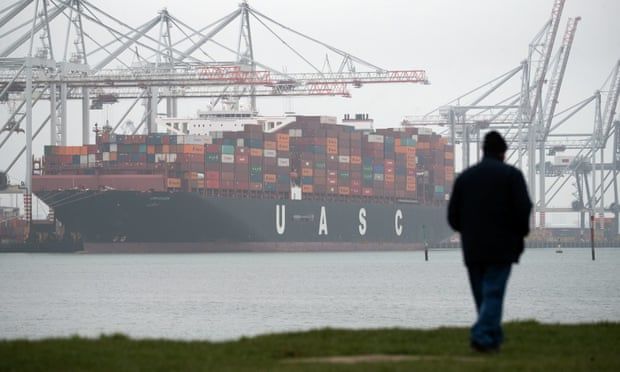 Evidence of the negative impact of Brexit on the UK’s trade with the European Union is starting to emerge with EU data showing that exports to the bloc declined by nearly 14% in 2021 compared with 2020, a senior official in Brussels has said.

Maroš Šefčovič, the European Commission vice-president and Brexit negotiator, said that even with the impact of the pandemic being taken into account, the increase in red tape since the transition period ended in January 2021 has taken its toll on trade in goods and services with the UK.

“One result of Brexit was the return of a customs border between the EU and Great Britain. This means paperwork for virtually every product shipping between our markets. It means checks on thousands of goods being carried out on a daily basis.

“Brexit has increased red tape, not decreased it. It is no longer as frictionless and dynamic as before. This holds true for both goods and services,” he said.

The UK’s decision to choose a hard Brexit with the departure from the single market resulted in the loss of four freedoms to trade – in labour, capital, goods and services.

Eurostat data for imports and exports with the UK since 2011

Eurostat figures show services, also impacted by Brexit, fell by 7% in 2021 compared with 2019. This category includes everything from financial services to professional services such as architecture, marketing and accounting.

Šefčovič’s comments come just days after the former Brexit minister Lord Frost said that anyone who says the departure from the bloc had hit the economy and trade had an “axe to grind”.

He told a conference that data used by the Office for Budget Responsibility predicting Britain’s gross domestic product would be 4% lower than had it stayed in the EU were “zombie figures” based on studies of post-communist countries.

Since the end of the transition period in January 2021, all goods exported to the EU must be accompanied by a plethora of paperwork documenting compliance with EU standards, as Britain is being treated as any “third country” such as India, Australia or the US trying to sell into the single market.

Northern Ireland is exempted from the paperwork requirements because of the special arrangements in the protocol allowing it to continue to trade with the EU as if it remained a member state.