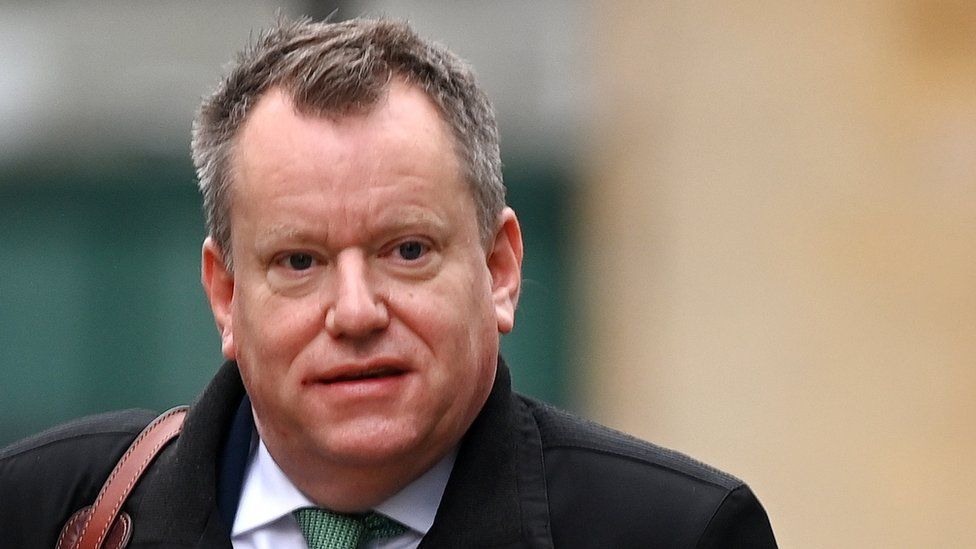 The UK's chief Brexit negotiator has criticised the EU for its actions since the trade deal agreed by the two sides came into force six weeks ago.

Lord David Frost said the relationship had been "more than bumpy" and more "problematic" than he had hoped.

He told a committee the EU's threat to increase controls on vaccine exports to Northern Ireland, as well as "niggling border issues", were two examples.

Asked about his thoughts on the situation, Cabinet Officer Minister Michael Gove compared it to a bumpy start to a flight, saying: "We all know that when an aeroplane takes off, that is the point where you sometime get an increased level of turbulence.

"But eventually, you then reach a cruising altitude and the crew tell you to take your seatbelt off and enjoy a gin and tonic and some peanuts."

He added: "We are not at the gin and tonic and peanut stage yet, but I am confident we will be."

The post-Brexit trade deal between the UK and EU came into force on 1 January after negotiations came to a rushed end on Christmas Eve.

Lord Frost said the UK wanted "friendly cooperation between sovereign equals as our vision of the future", but said: "I don't think it has been quite the experience of the last few weeks, if we are honest about it."

He added: "I think the EU is still adjusting somewhat, as we thought they might, to the existence of a genuinely independent actor in their neighbourhood."

Lord Frost - who now acts as the prime minister's representative on Brexit, after his offer to be National Security Adviser was taken back - listed a number of issues that had arisen in the first few weeks of the deal being in place.

Speaking to a Lords committee on the EU, he said a threat from the EU to control vaccine exports to Northern Ireland - which was later revoked - had created "political difficulties... which played back into the broader relationship".

He said criticism of the Oxford AstraZenica vaccine by EU figures - including French President Emmanuel Macron - and the bloc's decision to introduce an indefinite ban on UK shellfish added to the problems.

And an ongoing row about the diplomatic status of ambassadors to the UK and EU "obviously does not help the good conduct of business", along with a possible request from Brussels to extend the timetable for the European parliament to ratify the deal.

"None of those things are in themselves dramatic, although some have been very, very serious," said Lord Frost.

"I hope we will get over this. It is going to require a different spirit, probably, from the EU, but I am sure we are going to see that and some of this subside as we go forward."