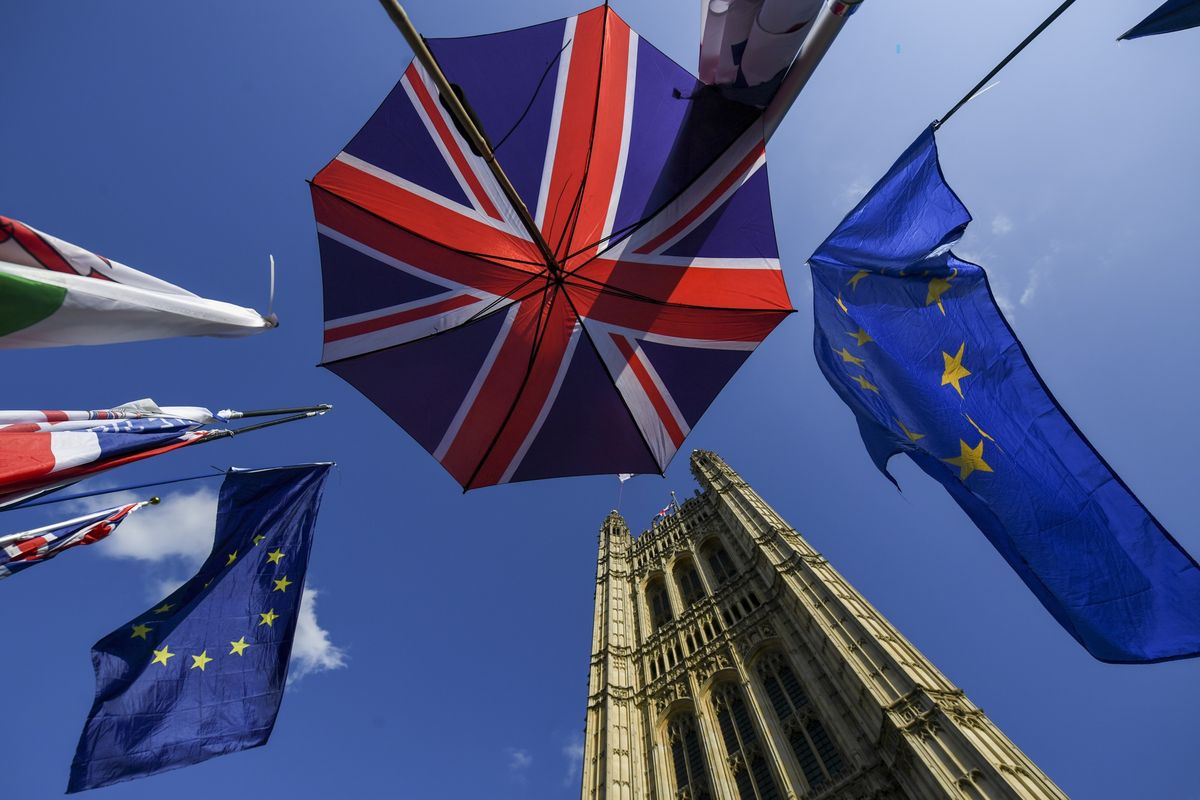 Brexit Dread Is Ripping Through U.K. Markets Once Again

Fears of a no-deal Brexit have come back to haunt the U.K.’s financial markets.

With the relationship between the European Union and Britain reaching a new level of discord, investors hammered the U.K. currency with an intensity that hasn’t been seen since the height of the coronavirus pandemic in March.

Money market investors are stepping up bets the Bank of England will cut rates below zero for the first time in its 326-year history, and options markets are pricing in the likelihood of deeper losses for the pound. Excluding mid-March, the week will be recorded as sterling’s worst selloff since 2016.

“Brexit is back like a bad rash,” said Ned Rumpeltin, head of foreign-exchange strategy at Toronto-Dominion Bank in London.

And that’s not the only thing worrying investors. The coronavirus is spreading rapidly once again in the U.K. and there’s concern companies will slash hiring if the government’s wage support program expires at the end of next month.

Here are the key moves in U.K. markets: 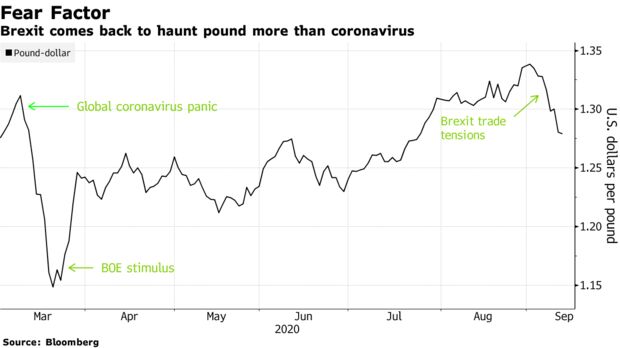 Sterling sank 3.7% in the week to $1.28, the lowest since July 23. The weakness is even starker against the euro, which strengthened after European Central Bank President Christine Lagarde seemed unfazed about the currency’s recent rally. At 92.58 pence versus the euro, the pound is near some of the highest levels seen over the past five years.

At stake is whether the EU and U.K. can negotiate a trade deal before time runs out. Talks between the two sides were thrown into crisis this week after Prime Minister Boris Johnson’s government proposed breaking international law to re-write the Brexit divorce accord. 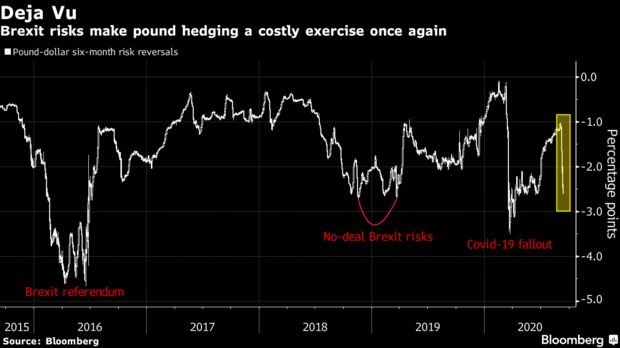 Traders turned to options to hedge against the possibility of future volatility in the pound. Risk reversals, a gauge of market positioning and sentiment, show a steep increase in bearish sterling bets.

“Brexit is back -- and hard,” said Jordan Rochester, currency strategist at Nomura International Plc. “It’s becoming very difficult to see the light at the end of the tunnel,” he said, predicting that the pound could slump to $1.18 if there’s a chaotic break from the EU. 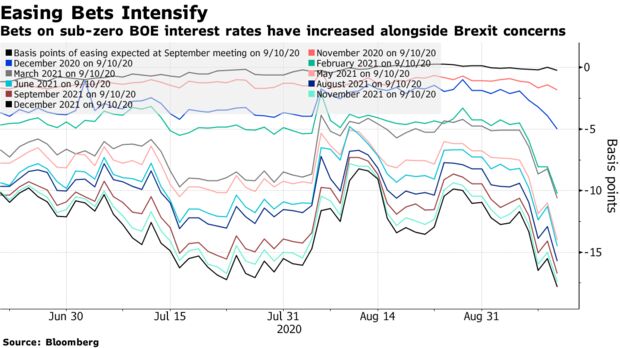 With Britain’s economy far from pre-pandemic levels, negative interest rates are still a hot topic of speculation and traders will be closely studying any comments after the Bank of England’s meeting on Thursday for any clues.

Money markets on Friday priced in a cut below zero as soon as February and see a reduction of almost 20 basis points by the end of next year. As recently as Monday, traders were factoring in rates remaining above zero until September 2021. 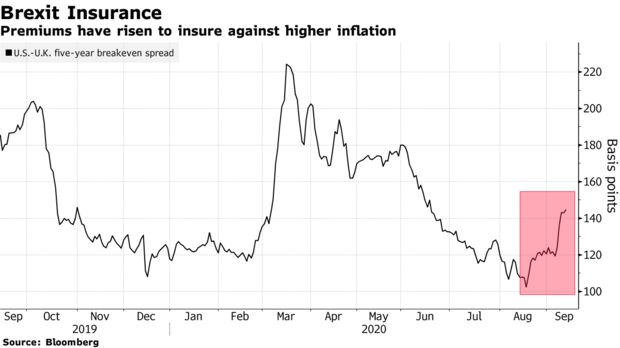 Investors have also started snapping up protection against faster inflation, which could be triggered by the pound’s devaluation in a messy Brexit. The premium on short-dated U.K. breakevens rose 25 basis points over the U.S. during the week, the biggest increase since March.

“U.K. breakevens have performed very well at the front-end and that’s to do with no-deal Brexit risks being priced into the market,” said Daniela Russell, head of U.K. rates strategy for HSBC Holdings Plc. 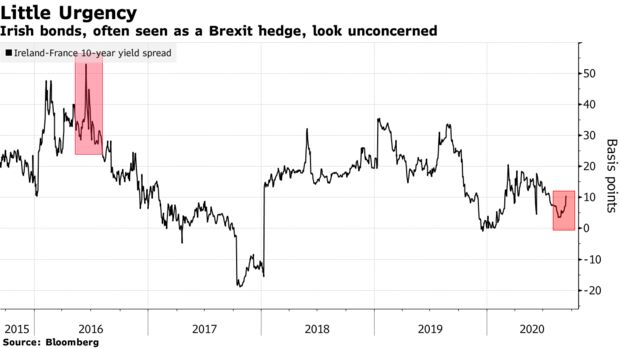 Some parts of the bond market still seem calm despite the fractious U.K. and EU relationship. In previous times of stress, traders sold Irish bonds, sometimes against French debt, because of the country’s close ties and vulnerability to the U.K. economy. The spread widened by about two basis points in the week, a relatively small move.

Coming Up Next Week: