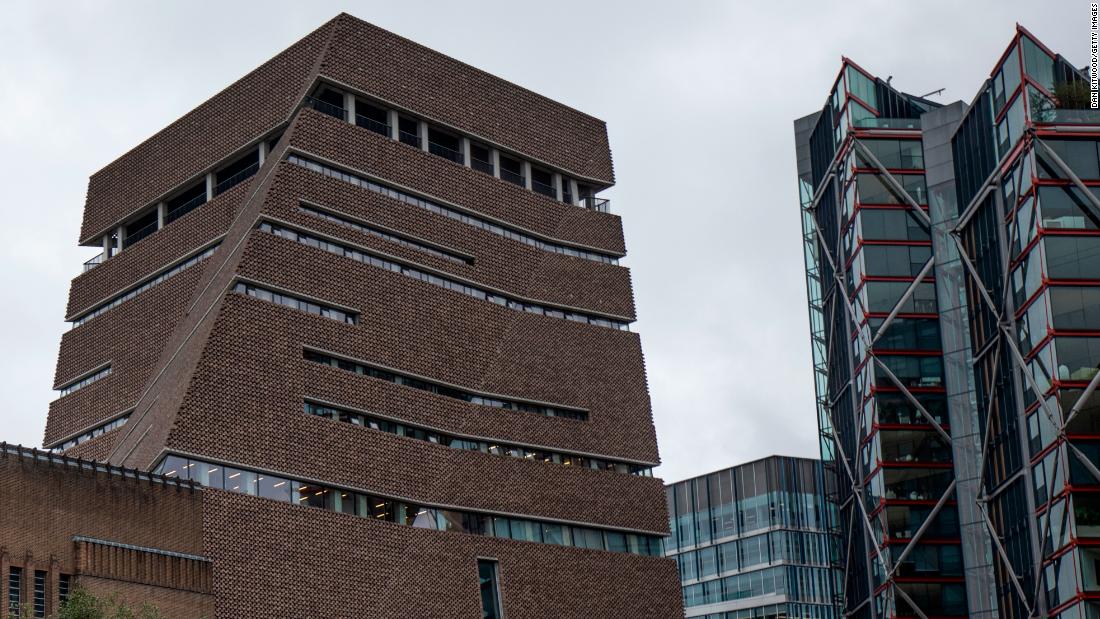 A boy who was thrown from a viewing platform at London's Tate Modern gallery last year has started to walk with a cane, his family has announced.
The French child, a tourist who was 6 at the time, was hospitalized with "catastrophic injuries" after being hurled from the 10th floor balcony by teenager Jonty Bravery in August 2019. Bravery, 17 at the time of the incident, was jailed for at least 15 years in June.

The injured boy's family said he is feeling less pain, has had his medication lowered and is trying to sing, in an update to well-wishers.

"Our son's memory is once again greatly affected. He no longer remembers what he did that day or what day it is," they said Monday in a statement posted on a fundraising page created to support the family.

"Despite everything, he continues to make efforts and progress: he begins to walk with a tetrapod cane while we hold him by the back of the coat for balance."

"He also has less pain, so the doctors were able to lower his medication. He tries to do more and more things with his left arm like holding his tube of toothpaste or his glasses case to close it."

"He continues to recover his breath. He still speaks very slowly, but now speaks word by word and no longer syllable by syllable," his family added. "He tries to sing and make up songs with rhymes. And he was able to start using the blowpipe with the rehabilitators to continue improving his breathing."

The boy, who cannot be named for legal reasons, suffered life-changing injuries as a result of falling five floors from a 10th-floor viewing platform, including a bleed to his brain and a number of fractured bones.

In an initial hearing in August last year, a court heard that the child was visiting the modern art museum with his family on August 4 when he was approached by a stranger, who picked him up and threw him off the viewing platform.

At the hearing it emerged that the child's life was probably saved by the slant of the fifth-floor roof on which he landed.

Bravery was sentenced to at least 15 years in June. "You had intended to kill someone that day," Justice Maura McGowan said in her judgment. "The injuries you caused are horrific. That little boy has suffered permanent and life-changing injuries."

McGowan noted that a clinician said Bravery had an autism spectrum disorder and a personality disorder, which were "overlapping," but, she said: "Those conditions alone do not explain your offending and your general behavior."

She noted that Bravery searched the internet on the day and day before the attack "for information about killing people and what effect autism would have on sentencing."
Add Comment