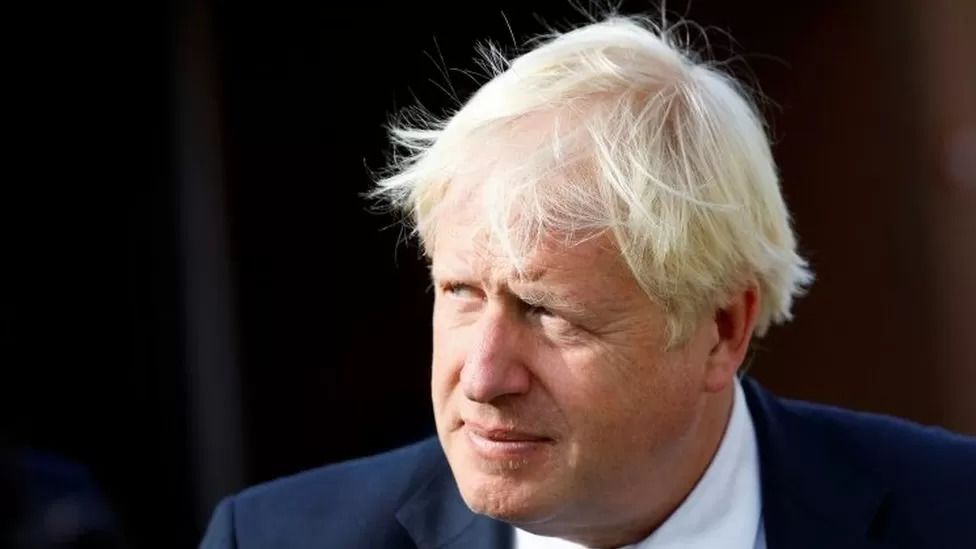 Boris Johnson writing memoir about his time as PM

Former Prime Minister Boris Johnson has signed a deal to write a book about his turbulent time as prime minister, described as a "memoir like no other".

Publisher HarperCollins has bought the rights to the memoir, which is yet to be titled.

No publication date has been set for the account of Mr Johnson's time in office.

A biographer and friend of Mr Johnson said he expected the former PM to make a "vast sum" from the book deal.

"It will be tremendously readable and no ghost writer will be required," Andrew Gimson, author of The Rise of Boris Johnson, told the BBC. "People pay vast amounts of money for these books."

Literary agents have predicted Mr Johnson could be paid "north of £1m" for a memoir about his spell as prime minister.

HarperCollins refused to share details about how much Mr Johnson was paid for the deal, when the book might be finished, or how many copies it expected to sell.

In brief statement, its publishing director, Arabella Pike, said: "I look forward to working with Boris Johnson as he writes his account of his time in office during some of the most momentous events the United Kingdom has seen in recent times."

Mr Johnson was forced to resign by his ministers last July after a series of controversies shattered confidence in his leadership.

He attempted a comeback after his successor, Liz Truss, quit within weeks of taking office, but ultimately stood aside, and saw Rishi Sunak become prime minister.

Mr Johnson's time in office was defined, in part, by the Covid-19 pandemic and the UK's departure from the European Union.

There has been speculation that Mr Johnson is plotting a return to frontline politics and has said he will stand again as an MP at the next general election.

Mr Gimson said the memoir will be "an important exercise in rescuing his reputation" and "part of the audience for this will be his own party".

"He's got to tell those people I'm worth another go," Mr Gimson said, predicting the book could be published this year.

A former journalist, Mr Johnson had a long career in the media before becoming prime minister, working as editor of the Spectator from 1999 to 2005 and as a columnist for the Telegraph.

Mr Johnson has already written a number of books, including The Churchill Factor, a biography of his hero and wartime leader Sir Winston Churchill.

As a backbench Conservative MP, Mr Johnson has also made a considerable amount of money touring the speaking circuit, declaring more than £1m in speaking fees since leaving office in September.

Last week, parliamentary records showed a company set up by Mr Johnson had received a £1m donation from crypto-currency investor.