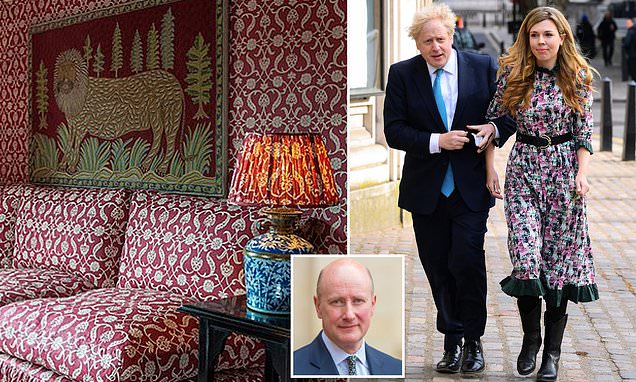 Boris Johnson 'will be CLEARED somehow of breaking the ministerial code'

It comes as the Conservative Party was fined £17,800 by the Electoral Commission for failing to register the donation from Tory peer Lord Brownlow in October last year.

Boris Johnson 'will be cleared of breaking the ministerial code by taking a £58,000 loan to redecorate his Downing Street flat' - but Lord Christopher Geidt's inquiry will criticise the Prime Minister's 'deeply unsatisfactory behaviour'.

The Conservative Party was fined £17,800 by the Electoral Commission earlier this month for failing to register the five-figure cash donation from businessman and Tory peer Lord Brownlow in October last year.

The money paid for the lavish renovation of private quarters in No 11 used by Mr Johnson and his wife Carrie.

Lord Geidt, independent adviser on ministers’ interests, investigated the allegations and cleared Mr Johnson of breaking the ministerial code in May, saying there was 'no evidence that the Prime Minister had been informed by Lord Brownlow that he had personally settled the total costs'.

However, the row over the refurbishment began blazing again this month following the Electoral Commission's revelation that Mr Johnson personally messaged Lord Brownlow to ask for works to be underwritten.

Lord Geidt has since exchanged a series of letters in recent weeks with Mr Johnson regarding the further revelations over the donation, the FT reports.

The independent adviser has reexamined his initial investigation to identify if he was misled when the Prime Minister claimed he did not solicit a donation from Lord Brownlow, with Government sources claiming he has now seen WhatsApp exchanges between Mr Johnson and the Tory donor. 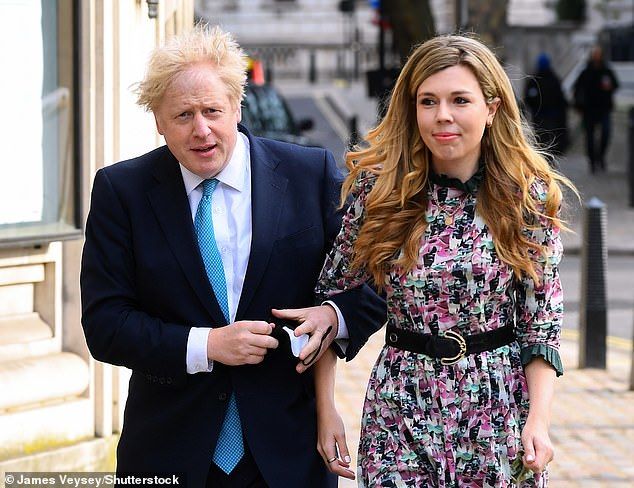 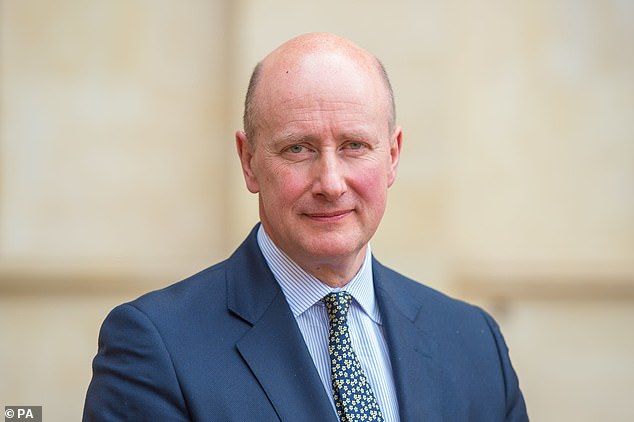 The Prime Minister's standards adviser, Lord Geidt (pictured), will clear Mr Johnson of breaking the ministerial code, but he will criticise his ‘deeply unsatisfactory behaviour’ 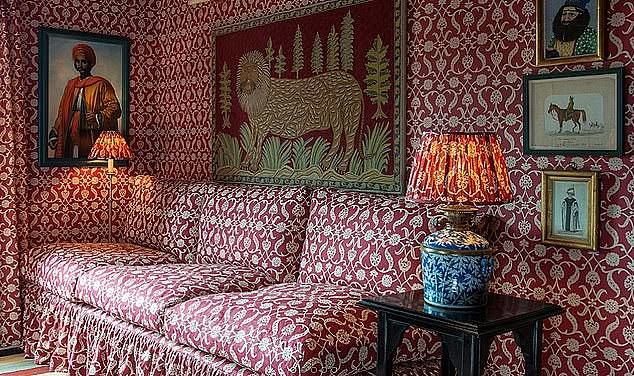 An example of previous work carried out by interior designer Lulu Lytle, who transformed the living quarters above No 11

It is understood that Lord Geidt's latest probe into the has included 'three to four letters' exchanged with No 10 that may be published next year.

The Prime Minister's behaviour is understood to have been 'criticised', with Lord Geidt describing the situation as 'deeply unsatisfactory'.

As opposed to sanctions, Mr Johnson and Lord Geidt have agreed to reform the system for oversight of ministerial interests to include more resources for the relevant secretariat in the Cabinet Office.

It comes as Mr Johnson has slumped to his lowest ever popularity rating among Tory members, a poll found on Tuesday.

The Prime Minister is the most unpopular member of the Cabinet, according to the ConservativeHome survey, with a net approval score of minus 34 per cent.

Only two others have a negative rating: Chief Whip Mark Spencer on minus 24 per cent and Home Secretary Priti Patel on minus 2 per cent.

Most popular is Liz Truss, with an approval score of 74 per cent.

It came a day after another survey for the website found the Foreign Secretary is in pole position to take over from Mr Johnson – storming past Rishi Sunak.

The poll found the Chancellor is the sixth most popular Cabinet member, with a net satisfaction rating of 49 per cent.

He is beaten by Defence Secretary Ben Wallace and Education Secretary Nadhim Zahawi.

The poll also shows Levelling-Up Secretary Michael Gove fell from twelfth to sixth from bottom (plus 16), and Health Secretary Sajid Javid from eighth to twelfth (plus 29).