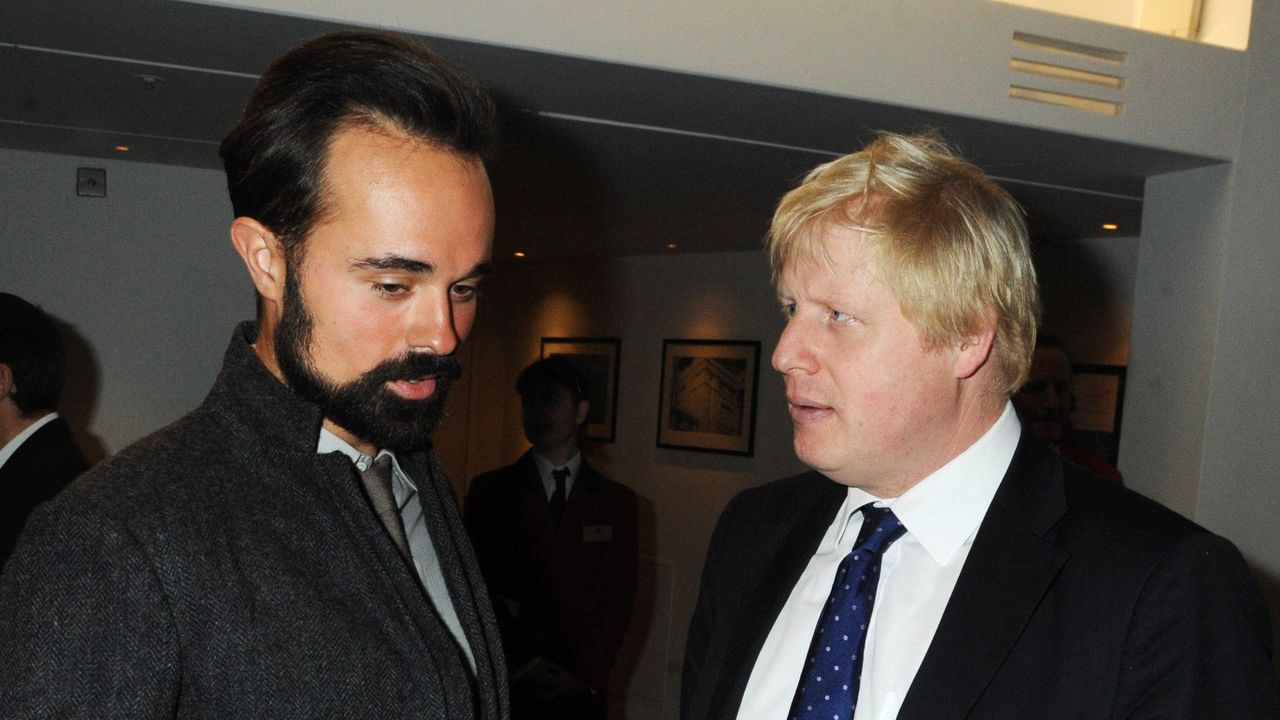 Dominic Cummings has said he was present when Boris Johnson was told of security concerns about his plan to award a peerage to Evgeny Lebedev.

The ex-adviser said he was "in the room" when the PM was told intelligence officials had "serious reservations" about giving the honour to the Russian-born businessman.

It follows reports the security services changed their advice after Mr Johnson intervened.

The PM has previously denied this.

Lord Lebedev, who owns the Evening Standard newspaper, has denied posing a "security risk" to the UK.

The newspaper said the assessment was withdrawn after Mr Johnson - a long-time friend of Lord Lebedev - personally intervened.

Another source has confirmed to the BBC that concerns were raised by security services.

Earlier, Labour deputy leader Angela Rayner asked for guarantees that Mr Johnson had never asked anyone to urge the security services to "revise, reconsider or withdraw" their advice.

Standing in for Mr Johnson at PMQs whilst he visits Saudi Arabia, Deputy Prime Minister Dominic Raab said the "suggestion" she was making was "sheer nonsense".

But, shortly after the exchange, Mr Cummings said it was false to call the claim nonsense, and Mr Raab had been "given duff lines for the Commons by No 10".

On his personal blog, the PM's former senior adviser wrote: "I was in the room when the PM was told by Cabinet Office officials that the intelligence services and other parts of the deep state had, let's say serious reservations, about the PM's plan".

"I supported these concerns and said to the PM in his study explicitly that he should not go ahead," he added.

Asked to respond to Mr Cummings's comments, a government spokesperson said: "All individuals nominated for a peerage are done so in recognition of their contribution to society and all peerages are vetted by the House of Lords Appointments Commission."

Lord Lebedev, who also owns the Independent newspaper, was given a peerage in July 2020, for philanthropy and services to the media, after being nominated by Mr Johnson.

Writing in the Evening Standard last week, he denied posing a "security risk" to the UK, saying: "I am not some agent of Russia" and that he was "proud to be a British citizen and consider Britain my home".

The son of billionaire Russian banker and former KGB officer Alexander Lebedev, he moved to the UK as a child, and has condemned President's Putin's actions in Ukraine in his newspaper, writing: "I plead with you to stop Russians killing their Ukrainian brothers and sisters."

Ms Rayner, who was standing in for Labour leader Sir Keir Starmer, pointed to newspaper reports that claimed British intelligence warned against granting a peerage to Lord Lebedev on 17 March 2020.

She then claimed that despite the concerns, the prime minister visited Mr Lebedev at his home in London 48 hours later, before the appointment was made in July.

"The central duty of any government is to keep the British people safe," she said.

"There are now widespread reports that the prime minister did not accept warnings from our own intelligence services, granting a Russian oligarch - the son and business partner of a KGB spy - a seat here in this Parliament.

Mr Raab said it was down to the House of Lords' Appointment Commission to vet any prospective peers after they are nominated by the PM.

But he said peerages were given out "in recognition of what [someone's] contribution is to society", adding: "I should say that includes those of Russian origin who contribute brilliantly to our nation, many of whom in this country are critics of the Putin regime."

Why all the fuss about Lord Lebedev?

Lord Lebedev was in the room when Boris Johnson and Michael Gove decided to back Brexit. Mr Johnson attended his party the day after winning a majority in the general election - and there are various reports of him attending other parties hosted by the Lebedev family.

Mr Lebedev has urged an end to the war in Ukraine. Those who know him say he is more likely to chat about his favourite authors, Leo Tolstoy or Fyodor Dostoevsky, than Russian politics. He has British citizenship, owns companies here and has a keen interest in the arts.

His father Alexander, however, is a former KGB spy. He made vast amounts of money after the fall of the Soviet Union. For some time, that has raised concerns among politicians in Westminster.

The decision to grant Lord Lebedev a peerage was hugely controversial. The prime minister has faced questions about whether he intervened to ensure it happened after concerns were reportedly raised by security services. There have been calls for the Intelligence and Security committee - which has access to classified material - to investigate. Labour has also urged the House of Lords Appointments Committee to publish details of the vetting process.

But Lord Lebedev himself used his Evening Standard newspaper to hit back last week. He said he was a proud British citizen, adding: "I am not a security risk to this country, which I love. My father a long time ago was a foreign intelligence agent of the KGB, but I am not some agent of Russia."

Angela Rayner claims there were security warnings about Evgeny Lebedev, before he was appointed to the House of Lords.
#Boris Johnson  #Dominic Raab  #Johnson  #Raab
Add Comment