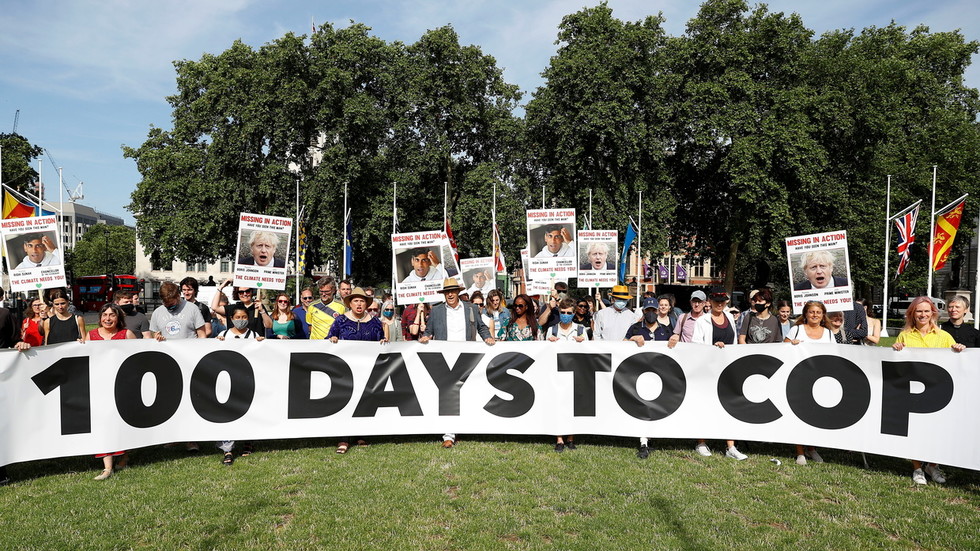 UK Prime Minister Boris Johnson has backed the plan to let foreign guests at a major climate summit in autumn to forgo quarantine if they’ve been vaccinated with Chinese or Russian jabs, media claim.

Johnson supports plans to allow thousands of foreign delegates, who have received China’s Sinovac or Sinopharm vaccines, or Russia’s Sputnik V, to attend the COP26 climate-change summit in Glasgow in November without quarantining upon arrival, the Times reports.

Only the vaccines made by Pfizer/BioNTech, AstraZeneca/Oxford, Moderna, and Johnson & Johnson are currently authorized for emergency use in the UK. The government said this week that travelers from abroad can avoid quarantine if the vaccine they took has been approved by the UK, the EU or the US.

Johnson is said to be determined to host an in-person event, rather than have it conducted by video link or delayed. The final decision will be made “with public safety in mind,” a government source told the paper.

The matter has reportedly caused some friction within Johnson’s cabinet. According to the Times, Foreign Secretary Dominic Raab was concerned with “legitimising” certain vaccines. Michael Gove, the Cabinet Office minister, was said to have expressed similar views, but another source claimed that Gove is “neutral” on the issue.

Apart from the delegates of foreign countries, the summit is expected to be attended by the members of international organizations, NGOs and the media.

Last month, Raab accused Russia and China of using domestically-developed vaccines to exert influence on the world stage. “There's no doubt there’s some of this is going about, and we don’t support vaccine diplomacy, let alone blackmail,” he told Reuters.

Moscow and Beijing denied having used vaccines as political tools and argue that there is political bias against the products.