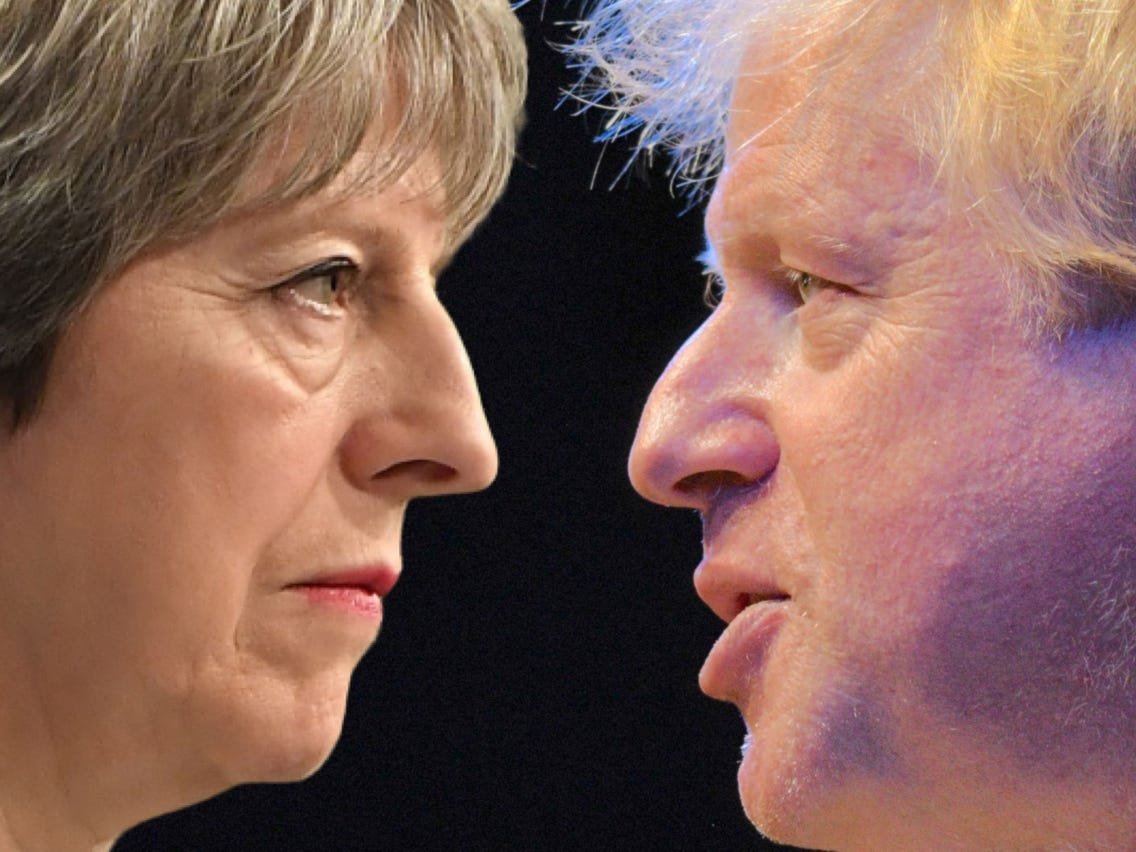 The Prime Minister walked out of the House of Commons just as Theresa May began tearing into his plans to lock England down for a second time.

Boris Johnson’s predecessor stopped for a second and grimaced while other MPs expressed their disapproval at the sudden escape.

The PM stood up and left the chamber as May said she did not ‘envy’ the decisions his Government are faced with.

But Johnson wasn’t there to hear her accuse him of choosing data to fit his own coronavirus policies, urging the Government to reveal the economic cost of England’s second lockdown.

The new measures will come into force from midnight tonight after MPs backed the proposals.

Johnson had already spent time in the chamber for Prime Minister’s Questions and decided to depart once Labour leader Sir Keir Starmer had made his speech during the debate on the new Covid-19 lockdown restrictions.

It is understood the Prime Minister later sent a note of apology to May as he had to leave the chamber to attend a scheduled meeting. 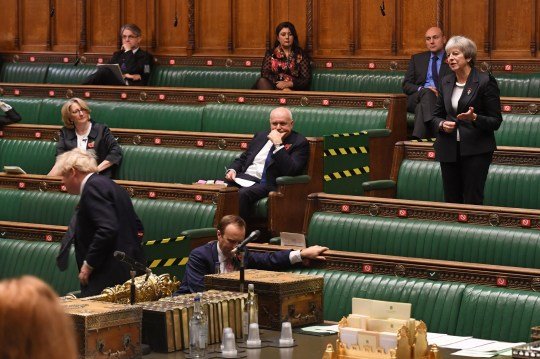 Boris Johnson clearly had other places to be

An ally of Johnson said: ‘It was not a deliberate snub in any way. He has great respect for her.’

Speaking as MPs considered regulations for a second lockdown, May said: ‘This pandemic has challenged governments across the world and ministers have been under relentless pressure in dealing with this issue.

‘But, just as ministers are making tough decisions, so are Parliament, and Parliament will make better decisions if it is fully and properly informed.’

But turning her fire on the projections used by the Prime Minister, she said: ‘It appears the decision to go towards this lockdown was partly, mainly, to some extent based on the prediction of 4,000 deaths a day. 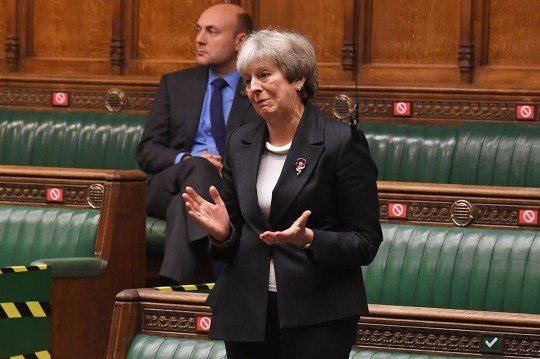 ‘The average in the last week of October was 259, by my calculations. Each of those deaths is a sadness and our thoughts are with the families, but it’s not 1,000 deaths a day.

‘So the prediction was wrong before it was even used. And this leads to a problem for the Government – for many people it looks as if the figures are chosen to support the policy rather than the policy being based on the figures.

‘We need these proper analyses. We need to know the details behind these models. We need to be able to assess the validity of those models.’

May also raised concerns about a lack of data on the cost of the Government’s Covid-19 decisions, including on mental health, domestic abuse, non-Covid-19 treatments, “possibly more suicides” and to the economy.

She told MPs: ‘Jobs lost, livelihoods shattered, businesses failing, whole sectors damaged. What sort of airline industry are we going to have coming out of this? What sort of hospitality sector? What sort of small independent shops will be left?

‘The Government must have made this analysis, made this assessment – let us see it and make our own judgements.’

Sir Graham Brady, chairman of the Conservative backbench 1922 Committee, outlined his opposition to the regulations and questioned whether the Government had ‘any right’ to take some of the measures.

He said: ‘The thing that troubles me most is that the Government is reaching too far into the private and family lives of our constituents. I think there is an, unintended perhaps, arrogance in assuming the Government has the right to do so. 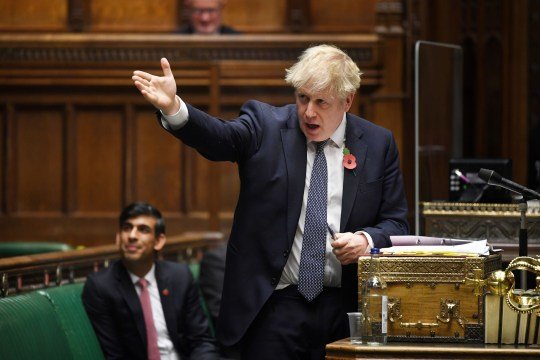 Senior Conservative MP Sir Charles Walker added that people were being “coerced” rather than asked to follow the rules.

He said: ‘This legislation goes against my every instinct, perhaps an instinct even more fundamental than the love and touch of my family.’

He added: ‘People are not stupid, they can see that the rules do not make any sense, and that is why they, like me, no longer have any faith in the people at the Department of Health and Public Health England who are making these decisions.

‘I never thought I would see the day a so-called Conservative minister would stand up and urge Parliament to further sacrifice our most basic of freedoms, collapse the economy and destroy jobs – all to pursue a failed strategy.’