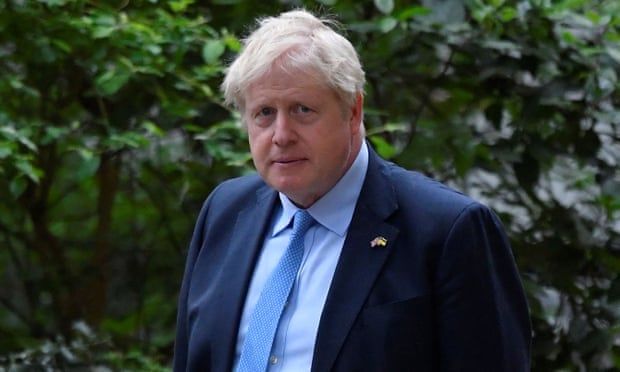 Boris Johnson has said he has not been contacted by police about a leaving party held for his former spin doctor Lee Cain in November 2020.

The prime minister said he had not yet received a questionnaire in relation to his alleged attendance at the party for Cain, his former director of communications, even though other people present are reported to have got them. Johnson is said to have given a speech and poured drinks at the event on 13 November, despite it being at the time of a stay-at-home lockdown.

Asked by Times Radio whether he had received a Metropolitan police questionnaire about the party, Johnson said: “I am not commenting on this stuff generally, but the answer to that is no, not so far, or certainly not to my knowledge.

“All of this will become clear with the end of the investigation.”

He added: “I have been very clear with people. I don’t want to give a running commentary on the thing, so let’s wait until it is all concluded and then I will have plenty more to say.”

The prime minister also said he wanted to “focus on the stuff” for which he was elected.

All the times Boris Johnson denied and dismissed partygate claims

Earlier he told ITV’s Good Morning Britain that he had “no idea” whether he would be given any more fines for parties in Downing Street under Operation Hillman.

He has already been fined – along with his wife, Carrie Johnson, and the chancellor, Rishi Sunak – over a gathering held in the Cabinet Office for his birthday. However, he does not appear to have been fined over a “bring your own booze” party in the Downing Street garden in May 2020.

In January, Johnson admitted attending the event – held during the first national lockdown, when indoor and outdoor social mixing were banned – for about 25 minutes but claimed he “believed implicitly that this was a work event”. Johnson’s principal private secretary at the time, Martin Reynolds, is said to have invited up to 100 people to the “socially distanced” evening drinks.

At least one fixed-penalty notice was issued last month to a Downing Street official who attended the May garden event.