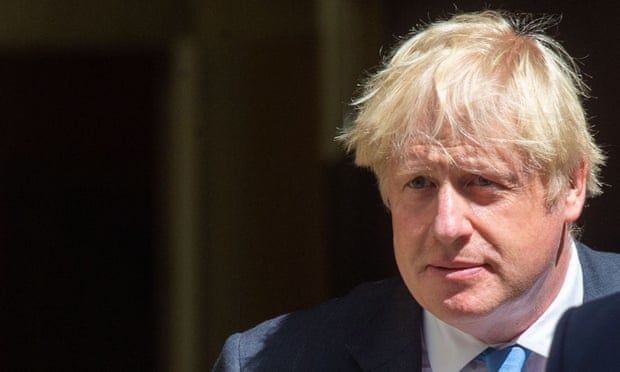 In three weeks’ time, Boris Johnson will no longer be UK prime minister. But, as many have observed, you could be forgiven for thinking he had already left.

Despite the country being beset by a series of crises, from the mounting cost of living crisis to war in Ukraine, he has been accused of leading a “zombie” government.

So what exactly has he been doing?

In late June, and in an effort to save his own bacon, Johnsonembarked on a busy schedule of “barbecues and drinks” at his grace-and-favour residence, Chequers.

Described as a “summer sausage offensive”, the goal was to reward party loyalists who had promised to vote for him in the event of a no-confidence vote.

Although that strategy failed, it didn’t deter him from hosting further parties. On July 25 he missed a Cobra meeting to discuss the heatwave to host a leaving bash attended by senior Tories including Nadine Dorries.

Labour accused Johnson of being “missing in action” as he “prepares to party while Britain boils”.

Johnson’s busy social calendar at Chequers was set to culminate in a “champagne-soaked soiree” in celebration of his one-year wedding anniversary – however he backed away from having it there amid rumours that the only reason he insisted on remaining in power over the summer was to keep access to the residence.

Recognising his travails, a major Tory donor, Lord Bamford, reportedly stepped in to offer up his 18th-century Cotswolds estate to host a lavish party.

The “festival-esque” celebration – said to have included a steel band, rum punch, Abba songs and a conga – on 30 July was intended to compensate for the scaled-back wedding Johnson and Carrie organised during the pandemic.

The guest list is understood to have presented a “headache” for the couple, with erstwhile allies having received save-the-date invitations a year before their subsequent betrayal.

A video of the Johnsons’ first dance – to the tune of Sweet Caroline – was leaked to the Tory-supporting political website Guido Fawkes.

“Some questionable dad dancing moves from Boris there,” was how the blog described the prime minister’s routine.

August: Mini-moon, ‘that’ meeting … and then to Greece

The wedding was followed by a “mini-moon”, a neologism coined to describe a second honeymoon usually taken immediately after a wedding and prior to a larger, more extravagant trip.

Johnson disappeared on 3 August, with the location undisclosed for security reasons, prompting speculation about where he was going and who was paying for it.

It later emerged he was staying at a five-star eco-hotel – Vila Planinka in the Slovenian mountains. It promises “healing energies” for its guests, with rooms costing between £242 and £541 a night. They have no electronic devices and wifi is available only upon request to enable people to “rest and unpack themselves from everyday worries” – possibly not the ideal setup for the leader of a country of 67 million people.

A Downing Street spokesperson refused to say if a Tory donor funded the trip, but insisted that no taxpayers’ money had been used.

After his return on 11 August, following pressure – including from the CBI chief executive – to introduce immediate support to households struggling with soaring energy bills, Johnson made headline-grabbing news: he turned up to a meeting.

However, hopes that one of his final appearances might produce a more compelling legacy than his ride in a Typhoon fighter jet to open Farnborough airshow on 18 July soon gave way to disappointment. Johnson declined to offer any new help on energy bills now, instead deferring responsibility to the new prime minister in September to provide extra financial support.

For those wondering whether Johnson had taken the ensuing backlash to heart, he was spotted on Sunday. Not in a Westminster backroom with his two potential successors thrashing out emergency relief, but rather on his second holiday in two weeks, filmed shopping for groceries in a supermarket in Greece.

Greek news websites reported that Johnson and his wife, Carrie, were in Nea Makri, a coastal town near Athens located a few hours away from where his father, Stanley, has a villa. 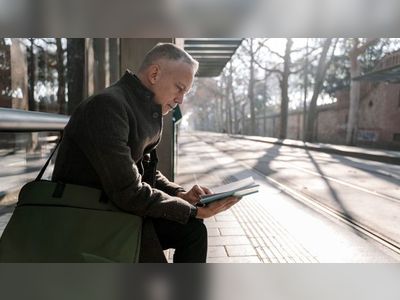