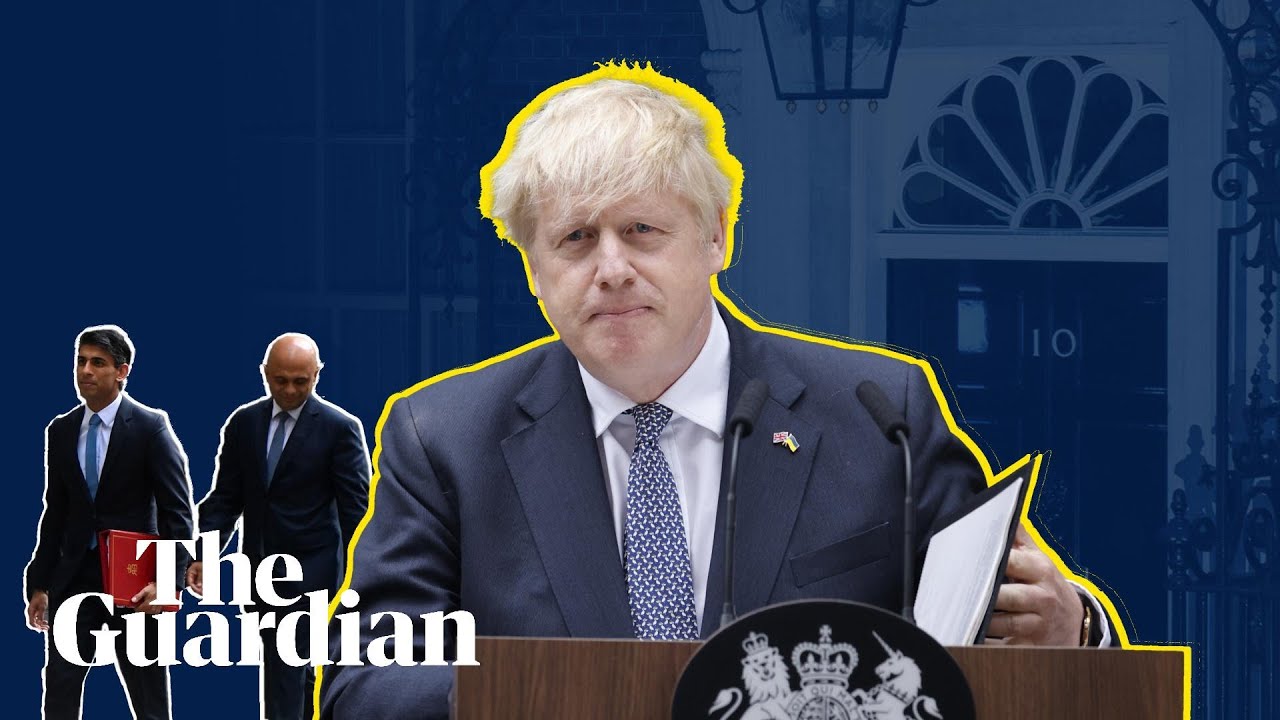 Boris Johnson’s resignation: what is going on in UK politics?

Explainer: a summary of the fast-moving events and what could happen next

Boris Johnson, the UK prime minister, announced on Thursday that he would be stepping down as leader of the ruling Conservatives in the face of a torrent of resignations by ministers and mounting pressure from within the party.

For now he is still prime minister, but his resignation triggers a contest to replace him as head of his party. The winner will become both party leader and prime minister, without the need for a national election.

Johnson had faced growing calls to go, after claims that he lied about the circumstances in which he gave a key role to an ally who was forced to quit last month over accusations that he had groped men.

Johnson’s premiership has been embroiled in months of turmoil – last month he survived a vote of confidence among Conservative MPs – but the prime minister’s undoing was ultimately prompted by the scandal surrounding one of their number.

What has caused the crisis to erupt?

Chris Pincher was appointed by Johnson as deputy chief whip, a senior role involved in maintaining discipline among fellow Conservative MPs. He resigned last weekend after being accused by two men of drunkenly groping them at a private members’ club in London. Johnson had promoted Pincher in February to the position, which comes with pastoral care responsibilities for colleagues.

The prime minister declined to suspend Pincher from the party. Pressure began to build after four more allegations were reported in the Sunday papers, including accusations that he had groped two Conservative MPs. Pincher has denied the allegations.

Johnson apologised earlier this week after it emerged that he had been briefed that Pincher was the subject of previous sexual misconduct complaints before he appointed him. The prime minister said he had forgotten.

What was the political background to Johnson’s downfall?

MPs, angered by the latest instance of Johnson’s erratic relationship with the truth, have been eager to oust a leader many now regard as an electoral liability. Earlier this year Johnson was forced to apologise after being fined over illegal parties held at his official residence, 10 Downing Street, at a time when Covid-19 restrictions were in place.

Johnson led the Conservatives to a landslide general election win in 2019 over the opposition Labour party on a platform of finally realising Britain’s departure from the European Union. However, he has been blamed for a haemorrhaging of support among voters, and the party lost seats in recent byelections – including in some Conservative heartlands – brought about by resignations of MPs.

The government is facing political challenges, including rising inflation, a relatively resurgent Labour party under new leadership, and a renewed attempt by the Scottish National party (SNP) to push for a referendum on independence for Scotland.

Johnson is the third Conservative leader to have been forced out of office by his own party in the past seven years. David Cameron resigned after calling and then losing the referendum on the question of the UK’s membership of the EU, while Theresa May stepped aside after three years of trying and failing to pull Britain out of the EU after the Brexit vote.

The coming vacancy at the top of the Conservative party presents both an opportunity for the opposition Labour party – which has sought to rally under a new leader, Keir Starmer – as well as a risk, if a new hand at the tiller of the governing party is able to tempt back natural Conservative voters and weather economic headwinds.

What has been the role of members of Johnson’s own government?

The potentially fatal blows were delivered on Tuesday when the finance and health ministers resigned as Johnson attempted to limit the damage from the Pincher scandal.

Other resignations followed, turning into a flood that left question marks over whether Johnson would be able to find replacements of sufficient calibre, while a Rubicon was crossed when other ministers still in post called for him to go.

Those pressing for his departure included MPs who had previously been among Johnson’s most loyal supporters, and the new finance minister appointed only the day before.

For now at least, Johnson is still the British prime minister. In his announcement on Thursday, he blamed a “herd instinct” for his departure and said he would stay on until a new leader of the party was in place.

A contest to select a new leader – who will become prime minister – could be concluded as soon as two weeks from now. But some Conservative MPs say Johnson should be replaced immediately rather than be allowed to remain as a caretaker leader until a successor is found. One scenario could see Dominic Raab, the deputy prime minister, step into the role of caretaker.

Robert Buckland, the new secretary of state for Wales, has reportedly suggested that a freshly formed cabinet will block Johnson if he tries to make major policy moves in the coming weeks.