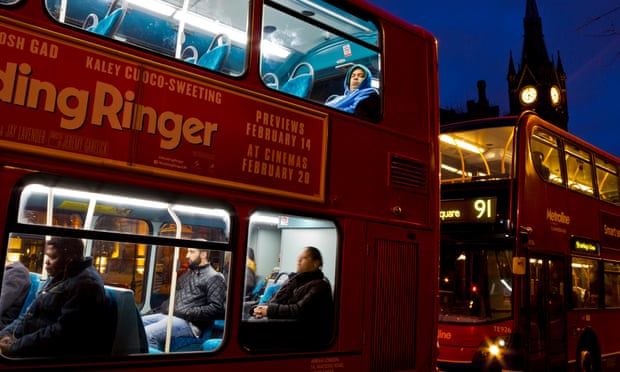 Only £320m of £4bn needed to build flagship vehicles for ‘green transport revolution’ has been committed by chancellor Rishi Sunak
One of Boris Johnson flagship “green” pledges – to provide 4,000 new zero-emission, British-built buses by the end of 2024 – has been cast into serious doubt by UK manufacturers who say they have yet to receive any orders for new vehicles.

MPs and campaigners are pressuring ministers for information on when money will be committed to allow the manufacture of the zero-emission buses, which the prime minister promised would form part of a green transport revolution in his first term in Downing Street. He made the pledge in February 2020, just before the Covid pandemic, when he was keen to promote his environmental credentials and show how green policies could benefit people’s lives whileboosting British businesses.

Since then, only a fraction of the necessary funds has been allocated, with £320m being committed by chancellor Rishi Sunak in last autumn’s spending review, towards an estimated total of £4bn needed to put 4,000 green buses on the road.

UK manufacturers say that unless the funds are committed and orders made soon, there will not be time to get the new vehicles into service in time to meet Johnson’s promise.

Paul Davies, managing director of bus manufacturer Alexander Dennis, which is Britain’s biggest bus builder and the world’s largest manufacturer of double-decker buses, said: “The problem is that we are running out of time to deliver on what was promised. If everything is left until the last minute, the danger is we have to look to overseas companies for quicker and cheaper options when the intention was that they would be British-made.”

Buta Atwal, chief executive of another major bus manufacturer, Wrightbus, said he had been encouraged by Johnson’s announcement two years ago but had been left disappointed not to have heard any positive news about orders since. “We invested heavily in zero-emission technology on the basis of the government’s plans. so we are looking forward to the first order.”

Paul Tuohy, chief executive of Campaign for Better Transport, said: “It’s clear from our work with bus operators, local authorities, utility companies and others involved in providing bus services that we are not currently on target to deliver nearly enough zero-emission buses anywhere near fast enough.

“Government must step in to offer more support to the industry in the long term and do more to boost passenger numbers in the short term to give operators the confidence to invest.”

Shadow buses minister Sam Tarry MP said ministers had misled parliament about the programme. “British manufacturers tell me they haven’t received a single order. We’re now more than two years on from when the prime minister promised there’d be 4,000 zero-emission buses on our roads by 2025.

The Campaign for Better Transport said that of the 38,000 buses nationally, currently only 12% are hybrid and 2% are zero-emission (4% in London and 1% in the rest of England).

In the recent levelling up white paper, ministers said that “over £500m is being spent this parliament on delivering zero-emission buses.”

Labour says this shows that the government is already backing away from its previous commitments, as this would only allow a tiny proportion of the promised number to be manufactured.

Last year, announcing his bus strategy, Johnson said: “I love buses and I have never quite understood why so few governments before mine have felt the same way,” adding that “better buses will be one of our major acts of levelling up”.