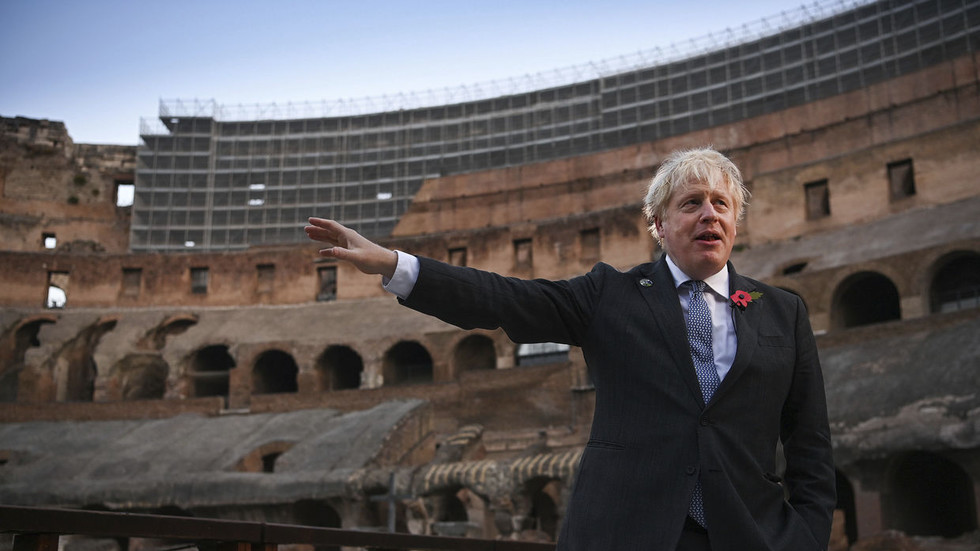 The British prime minister’s climate change message ahead of the COP26 summit in Glasgow does not appear to be resonating with everyone, as some Britons accuse the PM of hypocrisy.

Throughout the weekend, British Prime Minister Boris Johnson reiterated the need for the global community to do more on climate change. His plea reached a crescendo on Sunday evening as he claimed G20 commitments to climate change were “not enough” and that promises were “starting to sound hollow.”

In remarks unusually devoid of his trademark puns, jokes, or bonhomie, Johnson told the global press that “there are no compelling excuses for our procrastination,” claiming that if the world does not act now, the Paris agreement will be seen as the moment humanity “flinched and turned away” from the problem of climate change.

“Not only have we acknowledged the problem, we have already seen first-hand the devastation that climate change causes – heatwaves and droughts to wildfires and hurricanes,” the prime minister stated.

Johnson doubled down on his critical remarks in a tweet on Monday morning: “History will judge us on what we achieve over the next two weeks. We cannot let future generations down.”

But while the climate crisis might be the top of the agenda for politicians and many others around the world, it appears that many on the Twittersphere aren’t buying Johnson’s hard-sell on global warming.

Some suggested Johnson and his fellow international leaders were hypocritical as they fly across the world in private planes emitting tonnes of CO2. “Climate is such an emergency you all have to jet in to discuss it,” one Twitter user wrote.

One person highlighted that the COP26 summit could have gone ahead with zero emissions if they had used video-conferencing software.

Others noted that Johnson actually flew from London to Cornwall for the G7 summit in the summer, questioning whether the prime minister is actually committed to climate change or whether it’s just more bluster.

Another shared a GIF suggesting that the level of hypocrisy was off the scale.

Despite the PM’s remarks and tweet being well liked and shared, there were few people willing to argue for him within the torrent of criticism that flooded the comments section.

At the COP26 summit, which officially started on Sunday, 200 nations are being asked to put forward their plans to cut carbon emissions in line with the Paris Agreement, signed in December 2015.

The pledges are part of a global agenda to keep global warming less than 2C above pre-industrial levels in order to avoid a climate catastrophe; reaching net-zero emissions by 2050 is deemed to be a major part of this.

Speaking in the Colosseum on Saturday, Johnson highlighted that civilization can over-extend itself, and the decline of the Roman Empire was the prime empire of how humanity can go backwards as well as forwards. “We can fix it, but the lesson of history is that things can go badly wrong and stay wrong for a long time,” the PM continued.