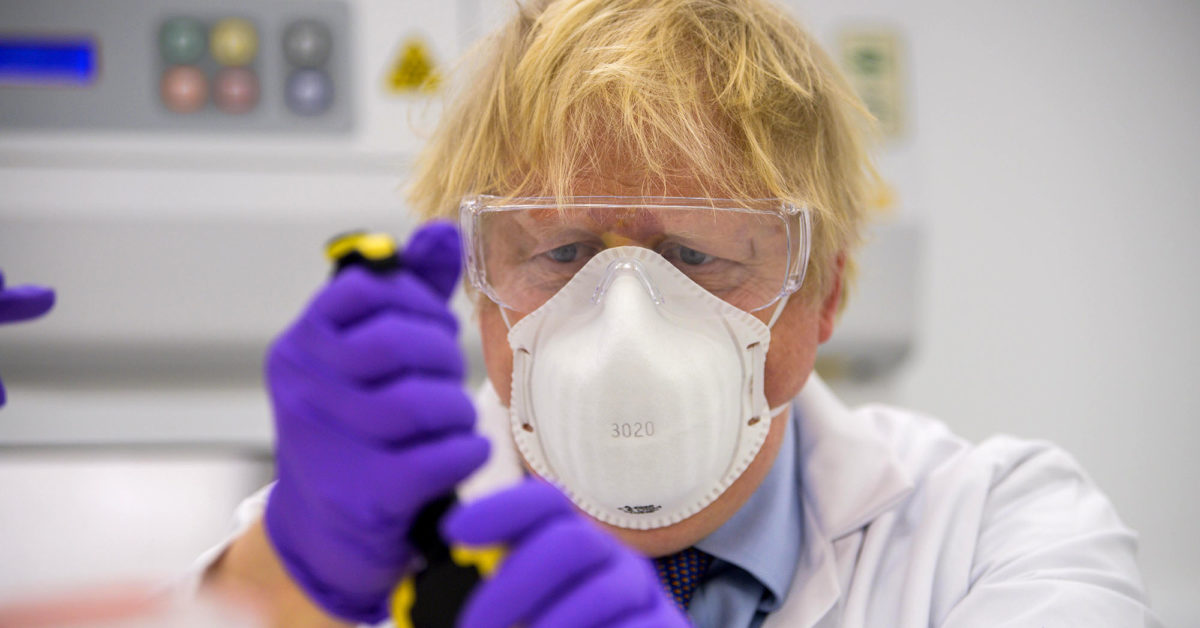 Boris Johnson makes the case for the union (with vaccines)

Each stop on prime minister’s trip to Scotland talked up the union’s role in fighting the virus.
For Boris Johnson, the U.K.’s (so far) successful vaccine rollout is not just the route out of the pandemic — it’s becoming a strong argument for averting constitutional crisis.

The U.K. prime minister traveled to Scotland on Thursday with a clear goal in mind: to demonstrate just how much he values Scotland’s place in the United Kingdom — and how much Scotland, in turn, is benefiting from being part of the union during a pandemic.

Each stop on the trip was to a site related to the fight against the virus and — in each instance — Johnson pointedly highlighted how the work being done in Scotland was intrinsically linked to its place in the U.K. The Glasgow testing center he visited was processing samples “from across the whole of the country,” he told broadcasters; the vaccination site in the same city had been set up by “the British army;” and the Valneva vaccine factory in Livingston would go on to produce “60 million doses for the whole of the country.”

It was a sign, however, of just how precarious Scotland’s place in the union now appears that Johnson was dogged by questions on why he had come at all, and on the growing pressure for a second referendum on Scottish independence. First Minister Nicola Sturgeon, whose Scottish National Party is forecast to make gains at May’s Scottish Parliament elections, had said she wasn’t “ecstatic” about his trip.

“People like me and Boris Johnson have to be in work for reasons people understand, but we don’t have to travel across the U.K. We have a duty to lead by example,” she said on Wednesday.

Johnson insisted he was “here in my capacity as prime minister of the whole country — to thank hard-working officials and public servants across the whole of Britain who are doing fantastic work.”

He sought to contrast the urgent work of ending the pandemic with “pointless constitutional wrangling” over the SNP’s call for a second referendum on Scottish independence (pressure for which would increase significantly if the party secures a majority in May).

“Endless talk about a referendum, without any clear description of what the constitutional situation would be after that referendum, is completely irrelevant now to the concerns of most people who I think want us to beat this pandemic and come through it strongly together,” Johnson told broadcasters.

Johnson refused to be drawn on how he’d react if the SNP found a legal way to hold a referendum without direct consent from Westminster — something the SNP indicated at the weekend it would seek to do if it wins its majority, by legislating in the Scottish Parliament for a such a vote and essentially daring the Westminster government to challenge its legality in the courts.

But putting the pandemic response (and himself) center-stage is not a risk-free strategy for Johnson as he tries to make the case for the union.

While the vaccine rollout is indisputably going well (7.5 million people across the U.K. have now received their first dose, according to latest data released Thursday), it is the exception rather than the rule when it comes to the U.K.’s record on coronavirus. The country has the highest death toll in Europe, and has also been hit harder economically than most other wealthy countries.

Previous polls have shown that Scottish voters believe Sturgeon, not Johnson, has done a better job overall during the crisis. The prime minister himself is deeply unpopular among Scottish voters, and polling suggests the harder Westminster pushes back, the stronger pro-referendum sentiment becomes.

But this week’s trip suggests Johnson is undaunted by such data — and unwilling to yield any ground in his opposition to a second referendum. With the future of a 300-year-old union at stake, the prime minister has to hope he’s right.
#vaccine  #Coronavirus  #Boris Johnson  #Vaccines
Add Comment