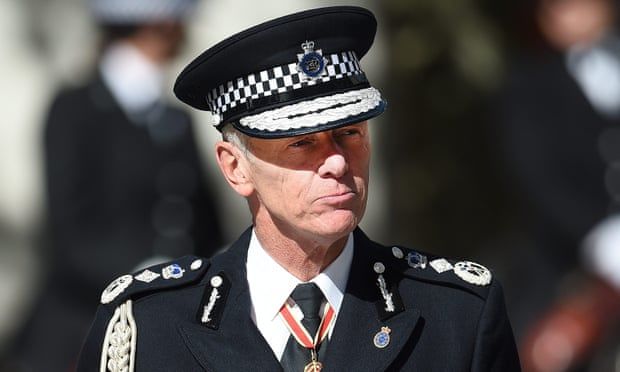 The widow of the late former home secretary Leon Brittan, the family of the late war hero Lord Bramall, and the former Tory MP Harvey Proctor have demanded that the prime minister reconsider whether Bernard Hogan-Howe is suitable to be the head of the National Crime Agency after presiding over the disastrous Operation Midland.

Under Lord Hogan-Howe, Met officers raided the homes of all three men after receiving claims of ritualistic child abuse and murder from a single person. It later emerged that the source for the claims, Carl Beech, known as ‘“Nick’”, was a fantasist whose lies were believed by officers.

Johnson, a close associate of Hogan-Howe, has requested that he is considered for the role, despite his rejection by an independent panel. At present, there is a shortlist of two highly qualified police chiefs who had been interviewed by Priti Patel, the home secretary.

Lady Diana Brittan, whose husband died with his reputation under a cloud, said the former Met leader had presided over serious mistakes and was not suitable for another top police role.

“During his time in charge of the Metropolitan police, Lord Hogan-Howe presided over numerous high-profile failures, including the pursuit of baseless allegations against my late husband and there is little evidence that he is a suitable candidate for this role,” she said in a rare public statement. “We must learn the lessons of the past when it comes to the probity and transparency of these public appointments.”

“Please call a halt to this largesse by not pushing Hogan-Howe into this sinecure at the highest level of UK policing. It would be an error of judgment of the highest degree and be cataclysmic for UK policing,” the letter says.

“You have already repaid his loyalty tenfold. Do not make Hogan-Howe the new director general of the National Crime Agency.”

The sentiments of Proctor’s letter have been endorsed by the family of the late Lord Bramall, a retired field marshal whose home was raided by 20 police officers in 2015 and whose wife died not knowing that he had been cleared of all child abuse allegations. A spokesperson told the Guardian that the family “absolutely supported” Proctor’s request that Hogan-Howe should not be made the head of the NCA.

Sources with knowledge of the process confirmed that Johnson had intervened in the search for a £223,000 job.

The independent panel rejected Hogan-Howe’s application and instead shortlisted Neil Basu, former head of counter-terrorism and Graeme Biggar, the acting director general, it is understood.

Johnson’s intervention has thrown the process into chaos. One source said the job would now be re-advertised while another insisted that Hogan-Howe’s name would be added to the shortlist.

Johnson formed a close working relationship with Hogan-Howe, 64, in his time as mayor of London, and in 2019 the retired Met chief endorsed Johnson to become the Tory leader.

In a video posted on Twitter, Hogan-Howe described Johnson as “incredibly” effective. “I found him to be loyal, honourable and he did what he promised to do.”

The former police chief, who was ennobled in 2017, apologised to victims of the investigation into alleged paedophile rings after a damning independent review uncovered serious failings.

If he is appointed as head of the NCA, Hogan-Howe will succeed Biggar, who became the agency’s interim director general after Dame Lynne Owens retired from the position on health grounds in September last year.

One Conservative peer who was a close associate of Brittan said there would be ‘“uproar’” in parliament if Hogan-Howe was appointed.

“[Hogan-Howe] should not be allowed anywhere near another policing job, given the damage done to the Met’s reputation,” the peer said. “If he is given the job, many of Leon’s friends will speak out, as will the decent Conservatives in the Lords and the Commons.”

Downing Street did not deny that Johnson favoured Hogan-Howe for the role at the NCA, an organisation that focuses on tackling organised crime and national security threats.

The prime minister’s official spokesperson said: “There is a fair and open recruitment campaign to recruit this role. I’ve seen the same speculation you have, and while this process is ongoing it wouldn’t be appropriate for me to provide a commentary on potential candidates.

“I think the home secretary is responsible for appointing the director general following consultation with Scottish ministers and the Department of Justice in Northern Ireland, so the PM has no formal role in this process.”
#Boris Johnson  #Priti Patel  #Johnson
Add Comment