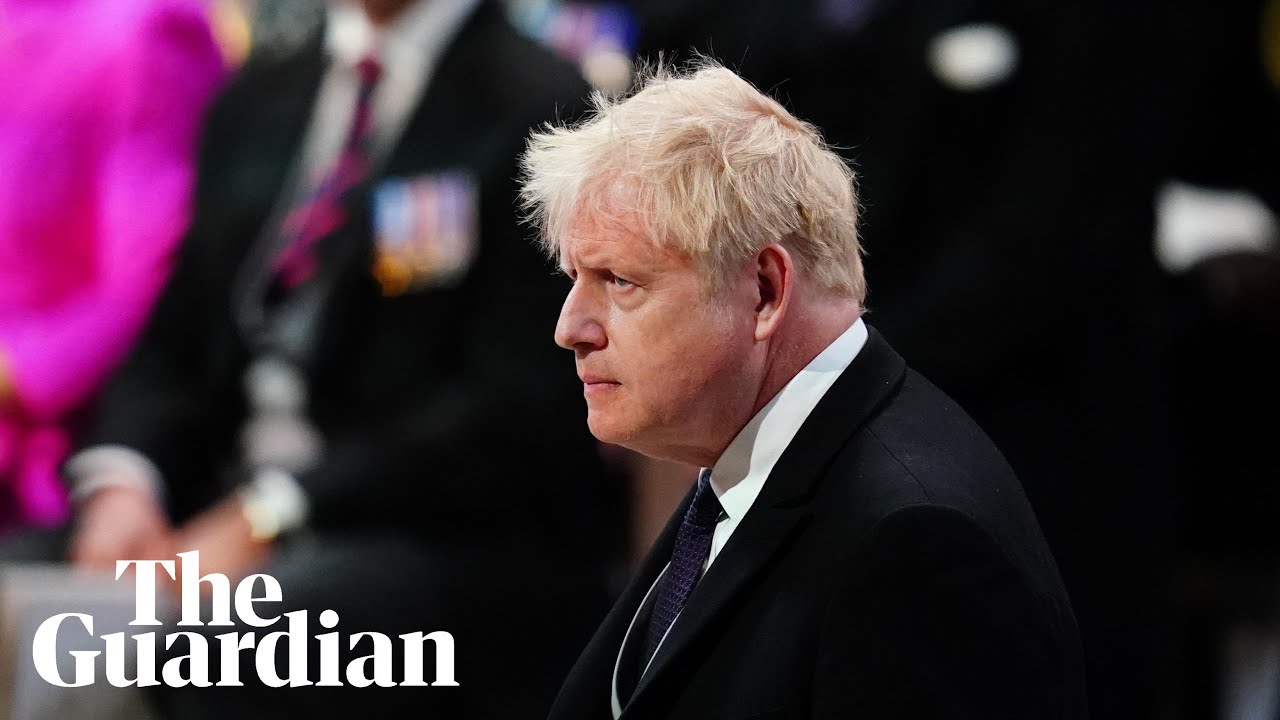 Boris Johnson was greeted by a chorus of boos as he arrived at the Queen’s platinum jubilee thanksgiving service on Friday morning.

Stepping out of his car when it pulled up at St Paul’s Cathedral in London with his wife, Carrie, the prime minister was met with boos and whistles by frustrated spectators.

During an awkward 15-second walk up the stairs where senior royals, dignitaries and politicians were marking the second day of celebrations to honour the Queen’s 70-year reign, Johnson appeared unfazed as he smiled and nodded.

A handful of people in the crowds behind him could be seen clapping and there were some high-pitched cheers. 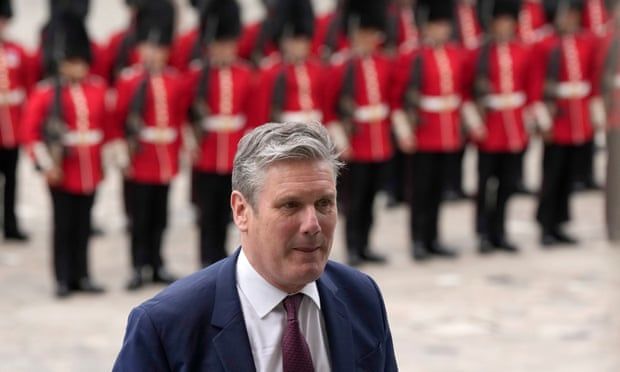 Other senior politicians who attended the service, which the Queen missed after suffering discomfort on Thursday evening, included the home secretary, Priti Patel, and foreign secretary, Liz Truss. Former prime ministers were also there to pay tribute to the Queen.

During the thanksgiving service, Johnson gave a reading from Philippians 4 of the New Testament, which says: “Whatever is true, whatever is noble, whatever is right, whatever is pure … think about such things.”

Afterwards, he was greeted by a small group of supporters cheering, some of whom chanted: “Boris, Boris, Boris.”

The initial greeting was reminiscent of the then chancellor, George Osborne, being booed during the 2012 Paralympic Games in London.

Johnson was heckled on the campaign trail in the run-up to the 2019 election, but still won an 80-seat majority in the House of Commons.

However, being booed by the crowd that gathered outside St Paul’s, made up of royalists who had camped for a front-row spot for hours, could be an ominous sign for Johnson.

A Labour source said: “I don’t know if a Tory PM has ever been booed by a crowd of dedicated royalists before, but it feels a lot like he’s lost the dressing room.”

Dozens of Tory MPs have questioned his leadership or called on him to quit in the aftermath of a damning report into Partygate, which found that parties in Downing Street lasted until 4am, with vomiting and wine spilled up walls.

More than 120 people were penalised by police over the gatherings, and while Johnson has apologised, he has continued to insist he thought he was attending work events and that it was important to keep staff’s morale high throughout the pandemic.

Earlier, the head of the Grassroots Conservatives organisation, which represents rank-and-file Tory members, called on Johnson to quit.

Ed Costello told the Daily Telegraph: “I’ve come to the conclusion that he probably should resign, and if he had any sense he would resign before he was pushed.

“He needs to go before the next election, because some of what he has done will put off voters. He just hasn’t been wholly honest about what went on, and it would have been better if he ’fessed up and it would all have been over.”

Costello said recent tax rises were “silly” given the cost of living crisis and spiralling inflation, adding: “The tax rise is going to hit people at a time when they’re already being hit, and the cut in benefits was a foolish thing to do.”

However, Johnson has been defended by several cabinet ministers in recent days. Jacob Rees-Mogg said this week that the prime minister remained “an enormous electoral asset”.

He added: “I think the idea that a change of leader would help the Conservatives is for the birds. It would be the most divisive thing that the party could do. It’s an exceptionally silly thing to want to try and open the door to Sir Keir Starmer, assuming he manages to survive.”

Patel also called the attempt by Tory MPs to oust Johnson a “sideshow” and told rebels to “forget it”.