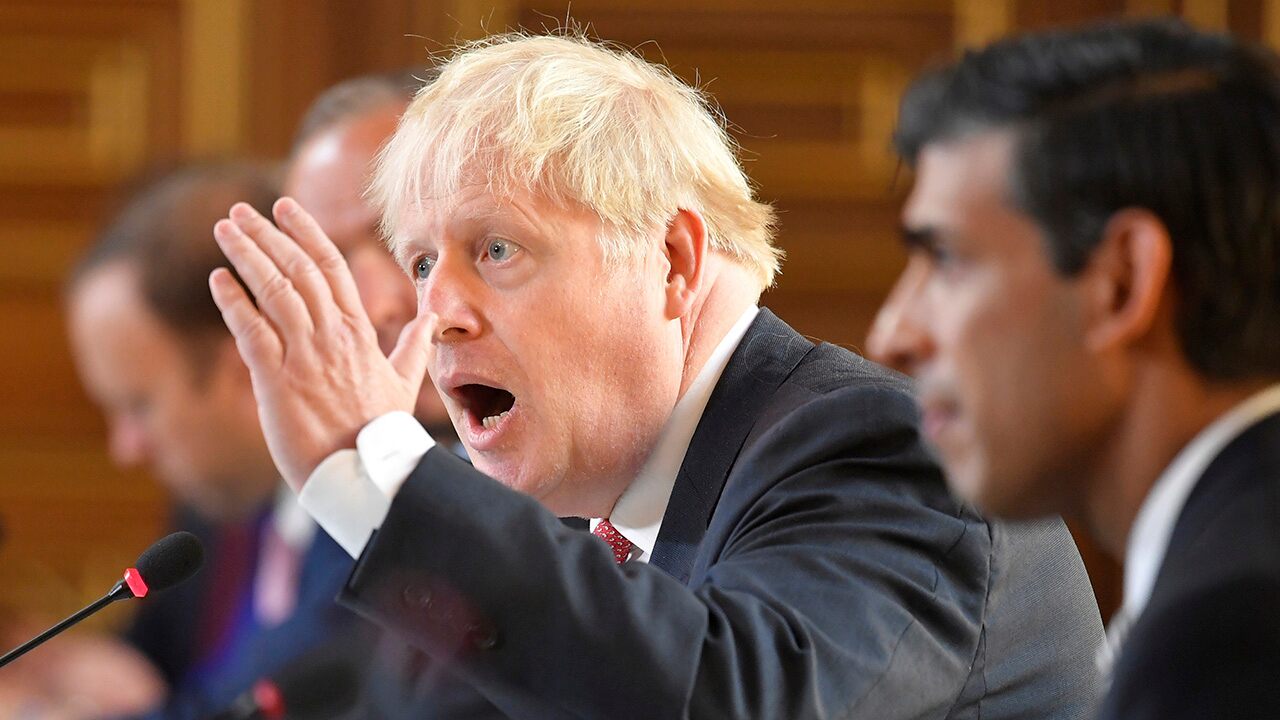 "Of course we know there is still going to be more of this disease - this wretched COVID - still to come," Johnson said during a meeting of his Cabinet, with all ministers attending in person for the first time since the U.K. went into a coronavirus lockdown in March.

"Although we know there will be more outbreaks, we are absolutely confident that we are going to be able to deal with those outbreaks, and bit by bit this incredible country is getting back on its feet.”

The prime minister did not have exact numbers for how many workers were returning to their offices after months of remote assignments.

In a press conference earlier in the day, Health Secretary Matt Hancock said trials for a COVID-19 vaccine were going well and the best-case scenario would be to have it ready this year. As the government pushes to have the civil service sector return to their desks in an effort to revamp the economy, Hancock said it was essential that private companies have greater access to testing.

Throughout the pandemic, so many businesses have done amazing work to support their staff and their community.

And we’re going to do right by them too.

Follow my LinkedIn page for updates on the latest guidance and support for businesses.
https://t.co/TBqGHzS6v6 pic.twitter.com/seV1Ke8QRA

"We must do everything in our power to protect against a second wave here in the U.K.," Hancock said. "The ability to provide tests to parts of the private sector who need to know that people don't have the virus in order to be able to reopen parts of the economy, or just enable things to happen."

Hancock said accident and emergency treatment capacity is being expanded in time for winter, with "billions more funding to the NHS" in order to prevent a second peak, and a new ad campaign would remind the public to get tested if they experience symptoms and to adhere to proper social distancing and personal hygiene as a “first line of defense” against the disease.

The University of Oxford vaccine continues to be the world leader, according to the health secretary, and the government also has contracts with six other vaccine providers to make it available to the general public as soon as possible, Sky News reported.

The UK political agenda for the next few months includes reviving an economy that shrank by a fifth during lockdown and girding for a possible second wave of virus infections. The government must also prepare for a final break with the European Union when a post-Brexit transition period ends on Dec. 31.

Johnson also faces the prospect of a huge increase in unemployment after Oct. 31, when the government ends a program to pay the salaries of millions of furloughed workers. On Tuesday, Johnson named a new head for the civil service — Simon Case, a former private secretary to Prince William. His predecessor had reportedly clashed with Johnson’s top aide, Dominic Cummings.

Though his Conservatives have a hefty majority of 80 in the 650-seat House of Commons, Johnson’s government has been weakened by its unsteady handling of the pandemic. Britain’s official virus-related death toll stands at more than 41,500, the highest in Europe, and the government has performed U-turns on issues including wearing masks in public and quarantining people arriving from abroad. Both ideas were initially resisted, then implemented.