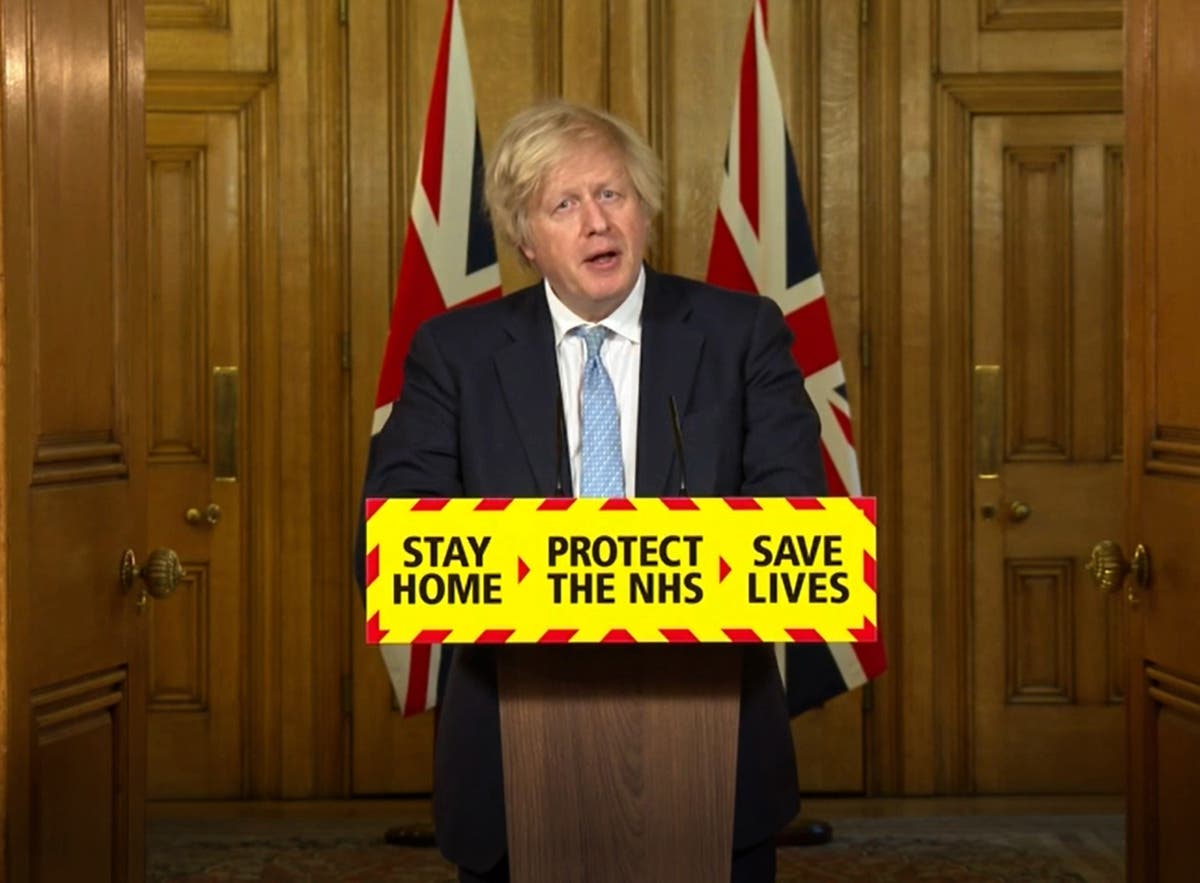 Boris declares ‘no change’ to next steps of lockdown escape plan

The Prime Minister also revealed he will receive the Oxford/AstraZeneca vaccine on Friday
Boris Johnson has said he does not expect the reduction in vaccine supply to have an impact on the timetable for easing coronavirus restrictions.

Speaking at a Downing Street press briefing, the Prime Minister declared: “There is no change to the next steps of the road map.”

The upbeat message followed the news that a delay in deliveries from India and the need to retest a batch of 1.7 million doses is behind problems with vaccine supply in April.

Mr Johnson said: “We have always said that in a vaccination programme of this pace and this scale, some interruptions in supply are inevitable.

“It is true that in the short term we are receiving fewer vaccines than we had planned for a week ago, that is because of a delay in a shipment from the Serum Institute (of India) - who are doing a herculean job in producing vaccines in such large quantities - and because of a batch that we currently have in the UK that needs to be retested as part of our rigorous safety programme.

“As a result, we will receive slightly fewer vaccines in April than in March but that is still more than we received in February and the supply we do have will still enable us to hit the targets we have set.”

The over-50s and the clinically vulnerable will still be offered a first dose by April 15, and second doses will be available to around 12 million people in April.

Every adult will be offered a first dose by the end of July, as planned, he said.

“Our progress along the road to freedom continues unchecked, we remain on track to reclaim the things we love, to see our families and friends again, to return to our local pubs, our gyms and sports facilities and, of course, our shops,” he said.

Under the Prime Minister’s “cautious” four-stage road map, outdoor socialising will resume from 29 March with the return of the so-called Rule of Six. Groups larger than six from a maximum of two households will also be able to meet.

Outdoor sport and leisure facilities, such as golf courses and tennis courts, will be allowed to reopen, while organised outdoor sport can resume for children and adults.

The next step, coming no sooner than 12 April, will see see the reopening of non-essential retail with pubs and restaurants able to open outdoors. Hairdressers and gyms will also be able to reopen, while self-contained holiday accommodation without shared indoor facilities will be able to welcome guests.

Under the road map, pubs and restaurants will reopen from 17 May with remaining restrictions set to be lifted from June 21.

At the press conference, Mr Johnson also revealed he is due to have his AstraZeneca vaccine on Friday.

"The Oxford jab is safe and the Pfizer jab is safe. The thing that isn't safe is catching Covid which is why it's so important that we all get our jabs as soon as our turn comes," he said.

"As it happens I'm getting mine tomorrow, and the centre where I'm getting jabbed is currently using the Oxford/AstraZeneca vaccine ... and that is the one I'll be having."

SII chief executive Adar Poonawalla told The Telegraph the delay to a shipment of millions of doses was "solely dependent on India and it has nothing to do with the SII".

"It is to do with the Indian government allowing more doses to the UK," he said.

But Mr Johnson told the Downing Street press conference "the Indian government has not stopped any export" but "there is a delay... as there is very frequently in vaccine rollout programmes".

"It's very important to stress whatever you may hear about the pressures that different countries are under to deliver vaccines for their public, these vaccines are a multinational effort, they are produced as the result of international co-operation and I want to stress that we in the UK will continue to view it in that spirit.

"We don't have any bans on exporting stuff and we will continue to co-operate with our European friends."

The issues with supply came as regulators in the UK and Europe reaffirmed the safety of the Oxford/AstraZeneca jab.

The Prime Minister said: "The Oxford jab is safe and the Pfizer jab is safe. The thing that isn't safe is catching Covid, which is why it is so important that we all get our jabs as soon as our turn comes."
#vaccine  #Pfizer  #AstraZeneca  #Covid  #Coronavirus  #Boris Johnson  #Vaccines
Add Comment