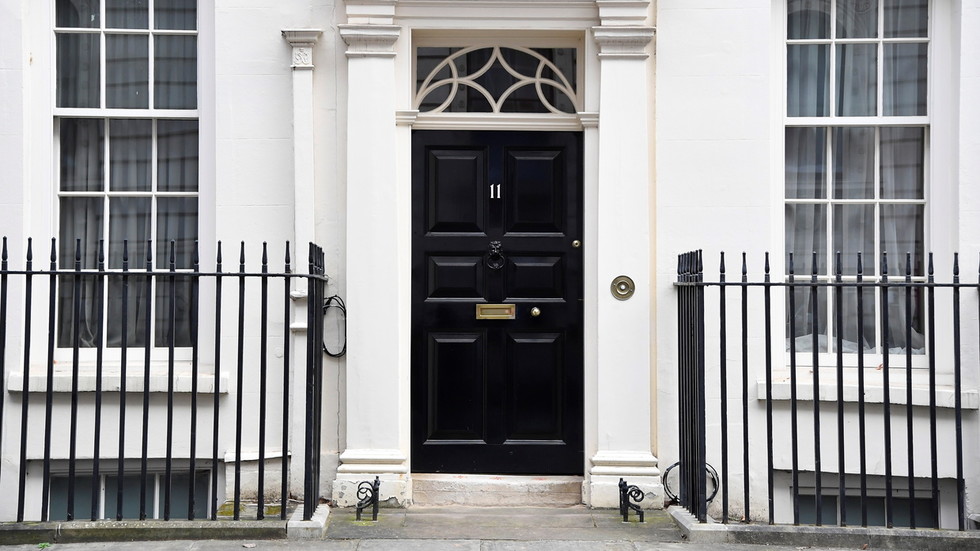 The Conservative Party broke funding regulations by failing to properly report a donation spent on refurbishment works at Boris Johnson’s Downing Street residence, the Electoral Commission has said.
After an investigation into the controversial transactions, the commission said the Tories failed to report £52,801.72 (about $70,000) received as part of a larger donation from consultancy firm Huntswood Associates Limited in October 2020. The sum covered the cost of refurbishments at the prime minister’s residence at 11 Downing Street.

The sum was not reported to the Commission itself and not accurately recorded in the party’s own internal documents, the investigation said, indicating “serious failings in the party’s compliance systems.”

The Tories were fined a total of £17,800 ($23,500) over the failures. A spokesperson for the party said it is considering appealing the ruling. A decision on whether to challenge the Commission is to be taken within 28 working days.

A May report by Lord Geidt, the independent adviser on ministers’ interests, said Johnson acted “unwisely” by allowing the refurbishment of his flat to go “without more rigorous regard for how this would be funded.”

The work had been partially paid for by Lord David Brownlow through the firm he controls. The company donated £67,801.72 ($89,500) to the Conservative Party for the purpose of repaying to the Cabinet Office its expenses on the project. Only £15,000 of the sum was disclosed in the party’s Q4 2020 donation report, the Commission said.

Lord Brownlow and government officials apparently had some debate over how much the refurbishment would cost and how it would be paid for. In September, the former secured a promise that no additional work would be done at Johnson’s residence without his prior authorization, the Commission report said.

On the day the donation was made, Lord Brownlow wrote that he would pay the full sum, which “includes the £15,000 you and I have agreed and £52,801.72 to cover payments The Party has made,” on behalf of a trust fund that was due to be created as an intermediary.

There were further payments to the refurbishment supplier that were made by Lord Brownlow personally, but the Commission agreed that they were outside of the scope of their investigation of Tory finances. It said it was satisfied that the party's failures “arose from the party having inadequate systems” for reporting, but stressed that it “does not amount to a reasonable excuse.”
#Boris Johnson  #Johnson
Add Comment