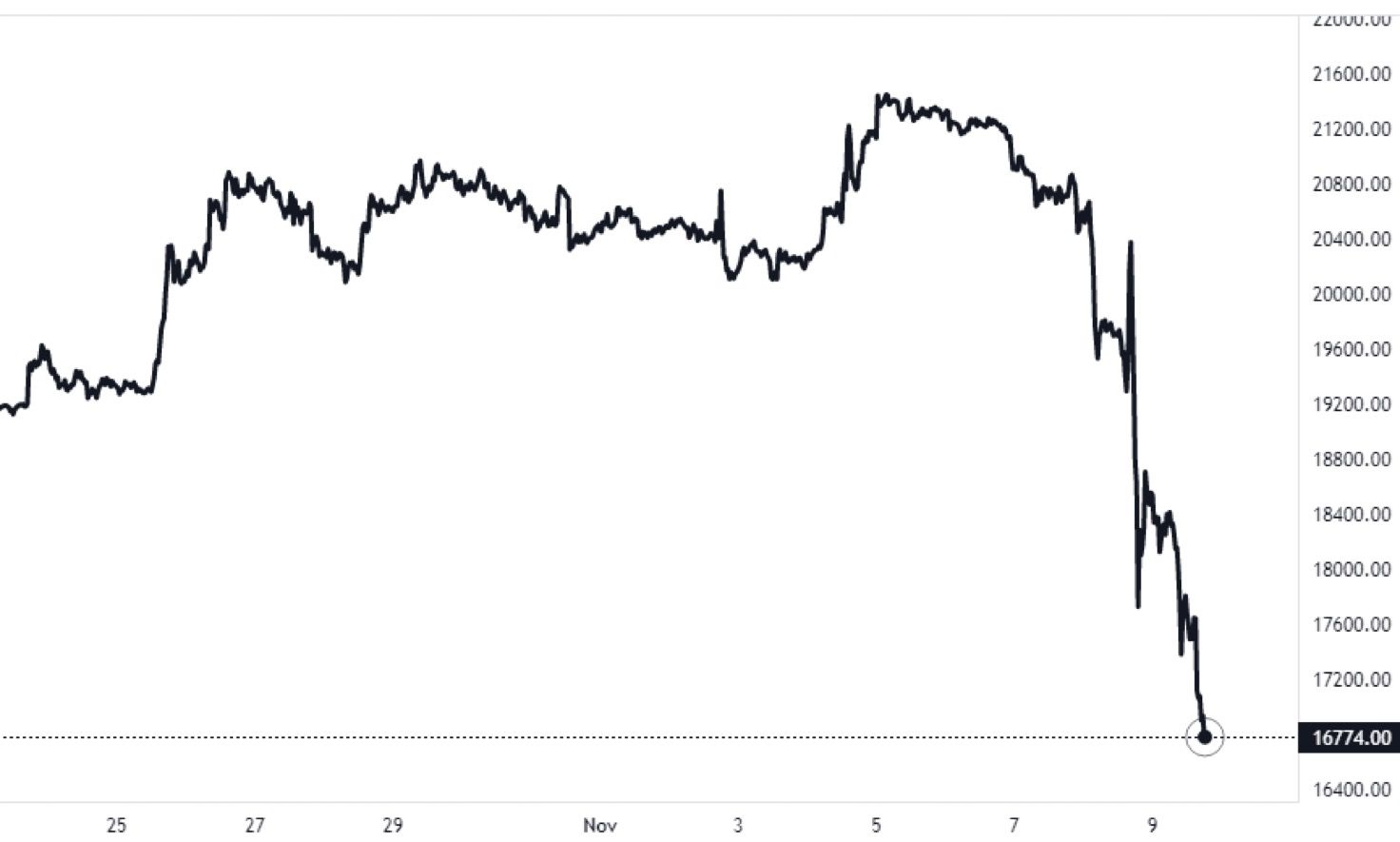 The world’s largest cryptocurrency by market capitalization, Bitcoin, has dropped to its lowest level in nearly two years on news of the potential bankruptcy of FTX, a major crypto exchange.

The drop in crypto prices came after news of the potential collapse of the popular crypto exchange FTX. After it suffered a liquidity crunch, Binance, its rival, and the world’s largest crypto trading platform, agreed to rescue FTX by taking over the business. However, late on Wednesday Binance announced it will not go through with the deal, citing concerns over FTX’s business practices and US probes into the exchange.

“As a result of corporate due diligence, as well as the latest news reports regarding mishandled customer funds and alleged US agency investigations, we have decided that we will not pursue the potential acquisition of FTX.com,” a Binance spokesperson told CoinDesk, adding that FTX's issues were “beyond our control or ability to help.”

The FTX token, the native cryptocurrency of the trading platform, lost nearly 40% of its value following Binance’s statement and was down over 93% since news of the company’s troubles first broke earlier this week. CEO Sam Bankman-Fried has lost his billionaire status amid the crisis, with his estimated personal wealth plunging nearly 94% to $991.5 million in one day.

FTX has warned it’s facing an $8 billion shortfall and will go bankrupt without a rescue plan. This could further diminish investors’ trust in the crypto industry, already jeopardized by the bankruptcies of Celsius, a crypto lending company, and the Three Arrows Capital hedge fund, as well as the collapse of the Terra blockchain ecosystem.