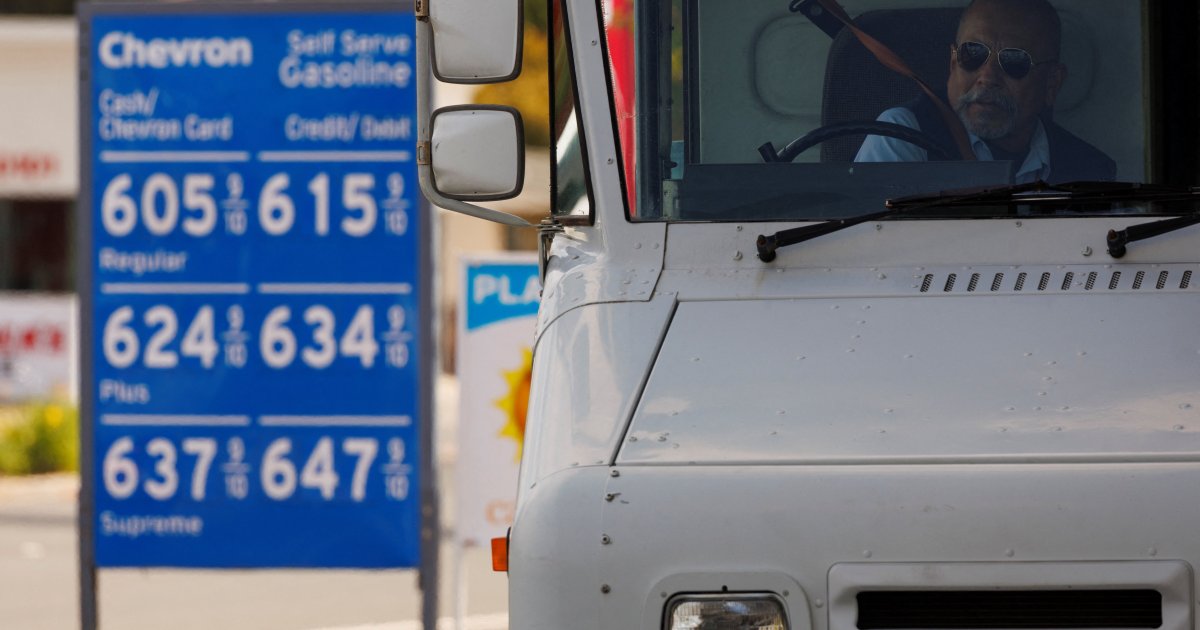 US President Joe Biden has ordered the release of up to one million barrels of oil per day from the United States’ strategic petroleum reserve, as it moves to lessen the impact of rising gas prices amid Russia’s invasion of Ukraine.

The US and other nations have barred imports of Russian oil and gas over the country’s ongoing invasion of its neighbour, while European countries have pledged to wean themselves off energy supplies from Moscow.

“Today I’m authorising the release of one million barrels per day for the next six months – over 180 million barrels,” Biden told reporters from the White House on Thursday afternoon.

“This is a wartime bridge to increase oil supply until production ramps up later this year. And it is by far the largest release from our national reserve in our history.”

Al Jazeera’s Mike Hanna, reporting from Washington ahead of Biden’s news conference, said the US president is seeking to lessen the impact of the Ukraine war on American consumers, as the price of gas has surged in the country over the past year.

“This is having an immense political impact on President Biden, who is eyeing those midterm elections later this year,” Hanna said.

“This release of the stockpile could have the consequence of relieving gas prices within the United States, of adding to the global stockpile, of reducing the price of oil, which has been soaring in terms of the shortages that have occurred in the wake of Russia’s invasion of Ukraine.”

Biden also called on US oil producers to prioritise increasing production over profiting from the crisis in Ukraine. “If we want lower gas prices, we need to have more oil supply right now,” he told reporters.

“But some companies have been blind,” Biden added. “I say enough. Enough of lavishing excessive profits on investors with payouts and buybacks. The American people are watching, the world is watching. US oil companies made nearly $80 billion in profit last year.”

The Biden administration in November announced the release of 50 million barrels from the strategic reserve in coordination with other countries.

And after the war in Ukraine began in late February, the US and 30 other countries agreed to an additional release of 60 million barrels from reserves, with half of the total coming from the US.

The strategic petroleum reserve (SPR) is a complex of four sites with deep underground storage caverns created in salt domes along the Texas and Louisiana Gulf Coasts, the US Energy Department said on its website. The reserve currently holds about 586 million barrels.

Helima Croft, head of global commodity strategy at RBC Capital markets in New York, said in a note to clients on Thursday that the Biden administration’s move would be “the single-largest SPR release in history”.

The Biden administration has been asking other oil-producing nations to increase output but OPEC+ is sticking to its agreed production limits for now, Croft said in the note.

“The leadership of the [United Arab Emirates] and Saudi Arabia seem reluctant at this stage to take additional action as they seek more fulsome security guarantees from Washington and have expressed concern about using the remaining spare capacity given the uncertainty around the true magnitude of Russian export disruptions,” Croft said.

Clayton Allen, director at the Eurasia Group, said in a separate note to clients that “OPEC’s unwillingness to add volume to the market may limit the price impacts of this release” by the Biden administration.

“Continued geopolitical risk will keep upward pressure on prices and SPR volumes will not offset the full extent of supply dislocations,” Allen said. “The size and duration of this potential release will put tremendous pressure on SPR infrastructure and the terminals that will be used to move oil onto the market.”

Robert McNally, president of the Rapidan Energy Group, a Washington-based consultancy, told Al Jazeera that he believed the short-term impact of the release would knock crude prices down by as much as $5 a barrel.

“I don’t think it’s going to arrest the upward move in crude oil prices, because the volumes we’re talking about from the SPR – even if the Europeans and Japanese throw in some barrels tomorrow – are more than offset by disruption risk coming from Russia,” he said.

“What they’re trying to do here is to is to reassure the market that there will be at least some offset to the prospective loss of Russian supply,” McNally added. “I don’t think it means we’re going back below $100 a barrel.”

Frank Macchiarola, senior vice president of the American Petroleum Institute in Washington, DC, told Al Jazeera in an email that while the SPR release “could provide some near-term relief, it is not a long-term solution to meeting growing demand for affordable and reliable energy”.

“Instead of managing from crisis to crisis, we should be focused on promoting policies that avoid them altogether through increased production of our nation’s domestic energy resources,” he said.

On that point, the White House said in a statement earlier on Thursday that Biden is calling on US lawmakers “to make companies pay fees on wells from their leases that they haven’t used in years and on acres of public lands that they are hoarding without producing”.

It said the industry is sitting on more than 12 million acres (4.85 million hectares) of federal land with 9,000 permits, and would “have to choose whether to start producing or pay a fee for each idled well and unused acre”.

But environmentalists and others have cautioned that the war in Ukraine should not be used as a pretext to increase production to displace Russian energy supplies – and worsen the climate crisis. Instead, they are urging nations to move towards more renewable forms of energy.

Oh ya 188 days ago
So like explaining on the article slow joe is really just peeing into the wind. $5 a barrel will not lower the price you pay at the pump. Buy a small motorcycle if weather permits and enjoy some fresh air. Bet you hate that Ford F150 every time you put $175 in the tank
View all comments (1)Add comment