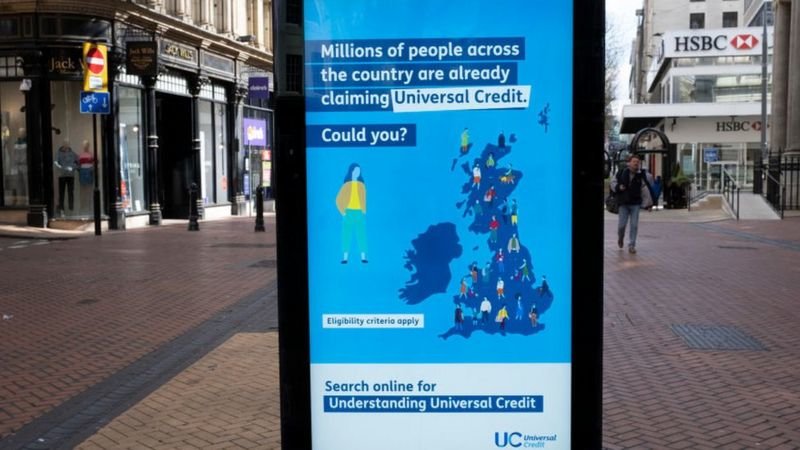 But before the scam was spotted, officials unwittingly confirmed thousands of stolen identities.

Fraudsters took advantage of looser rules introduced to cope with a surge of universal credit claims during the pandemic.

BBC News has asked the Department for Work and Pensions for a response.

In May, a junior civil servant working with High Street banks noticed dozens of claims for universal credit had been made asking for money to be paid into the same bank account.

And officials admit they had confirmed thousands of people's identities to the gangs that had stolen them - and passed on their National Insurance numbers.

The Department for Work and Pensions wants to write to those whose data has been compromised.

But BBC News has learned it is struggling to identify many of them and is wary of sending out letters to last known addresses in case they end up in the wrong hands, exacerbating the data breach.

Claimants whose identities have been stolen can face real hardship, as it can be months before their accurate benefits are paid.

To cope with the surge, identity checks were processed online, rather than face-to-face, and information such as the cost of rent and whether someone had been self-employed taken on trust.

* In May, officials told BBC News about £1.5bn may already have been lost in fraudulent universal credit payments


* Last month, a National Audit Office report found as much as £3bn may have been lost through the furlough scheme

DWP officials have asked the Treasury for £200m over three years, in this spending round, calculating it would enable it to prevent such mass scams and save taxpayers about £500m each year.

It is estimated more than a million claims for universal credit have still to be properly checked, with additional rising concerns tens of thousands of people may have claimed the benefit without declaring they had received government grants to help the self-employed.

However, the Treasury has turned down the request.