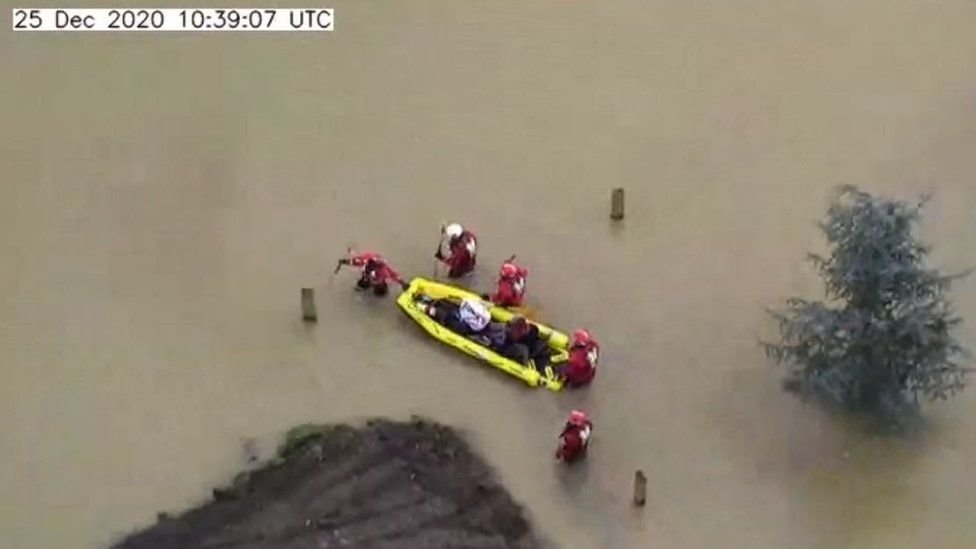 More than 1,300 people have been urged to leave their homes as flood levels rise in Bedfordshire.

Police warned of a "really serious situation" and have contacted people living along the River Great Ouse.

Fire crews have been using boats to rescue people throughout Christmas Day. Nine people and three dogs were among those led to safety from Harold.

Supt Steve Ashdown said: "River levels are extremely high and we are expecting this to have a significant impact."

Flood warnings have been issued for areas along the River Great Ouse by the Environment Agency. 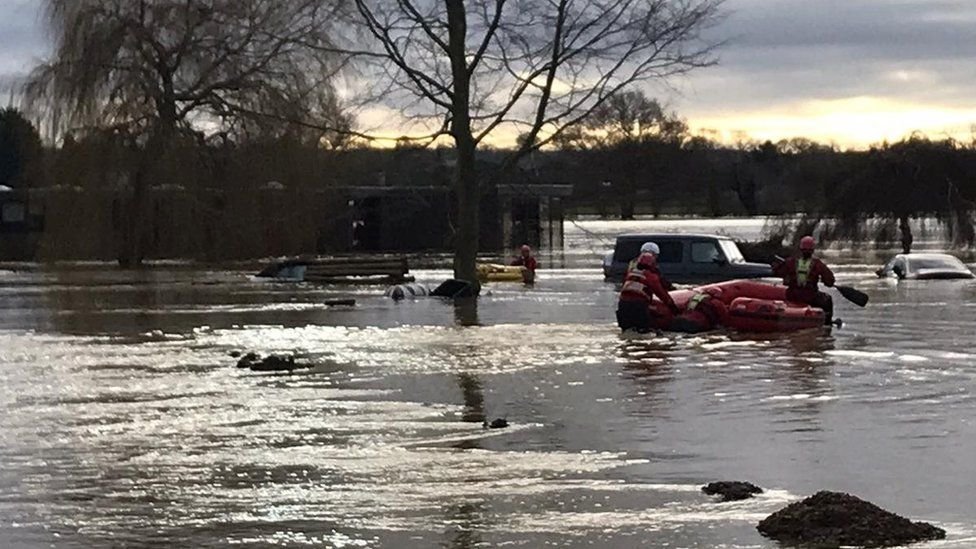 At Bromham, near Bedford, the river was reported to be flowing at its highest recorded level.

"The fact this is happening on Christmas Day makes the situation even worse, especially after the disruption so many of us have had to our plans already and I really do sympathise with people," Supt Ashdown, of Bedfordshire Police, said.

"But this is a really serious situation and we need people to take action in order to keep themselves safe."

Emergency assistance centres have been set up at Bedford International Athletic Stadium and Bromham Village Hall for those with nowhere else to go. 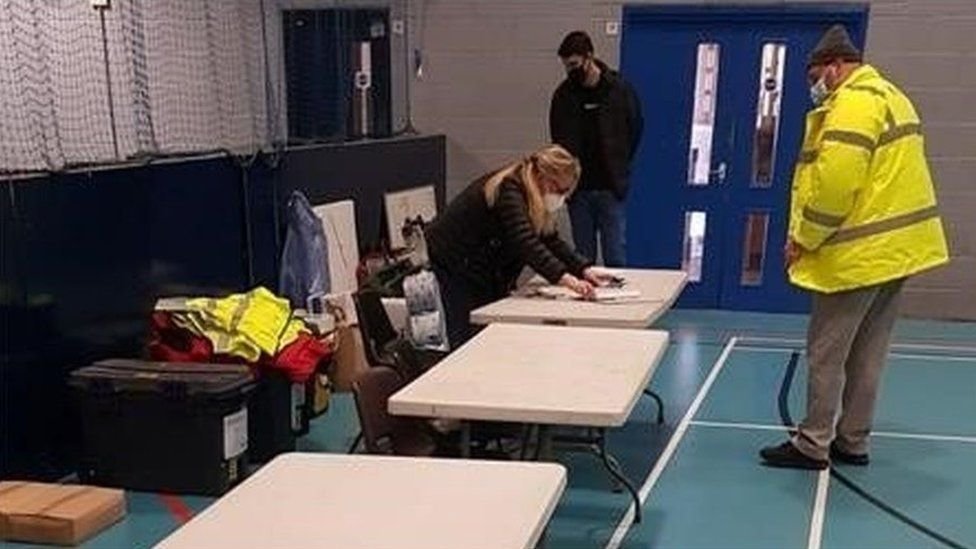 Bedford Mayor Dave Hodgson said the floods were set to be the worst seen in Bedfordshire for several years.

"The Environment Agency is expecting this to be the highest level of flooding seen in Bedford borough in a number of years and, working with partners, we are strongly encouraging people who are at risk of flooding and have been contacted to leave if they can do so safely," he said.

In a tweet, he praised council staff and emergency services who are "working hard to protect residents".

The council said people who had been contacted and asked to evacuate were "permitted to go to other people's homes".

Before leaving their homes, people were being urged to turn off gas, water and electricity and move any valuables upstairs.

The county was hit by heavy rainfall on Christmas Eve that saw many roads left under water.