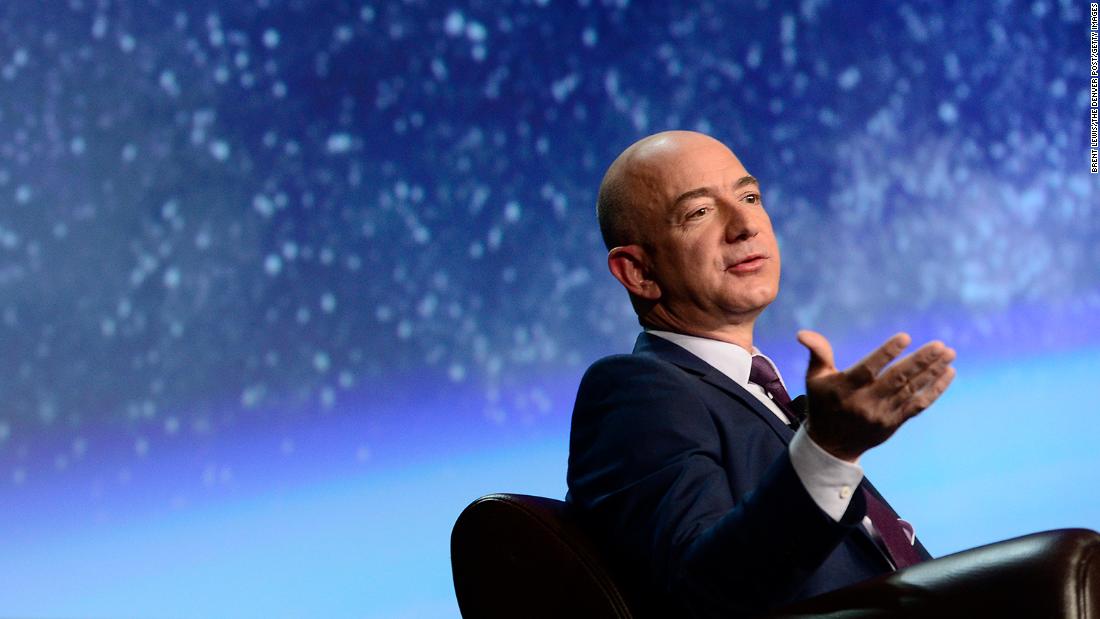 Blue Origin is pushing back on NASA's decision to hand a $2.9 billion contract to SpaceX to build the vehicle that will land the next astronauts on the moon. The move adds to a years-long battle between rocket companies owned by the world's two richest men: Jeff Bezos, who founded Blue Origin, and Elon Musk, the CEO of SpaceX.

The dispute centers on NASA's Human Landing System, or HLS, program, which originally aimed to have at least two private-sector companies compete to build the spacecraft that will ferry astronauts to the lunar surface for the space agency's Artemis moon landing missions. But earlier this month, NASA made the surprise announcement that it would move forward with SpaceX as the sole contractor for the project, citing costs as a primary reason for the decision.

The news was first reported by the New York Times.

Blue Origin CEO Bob Smith told The Times in an interview this week that NASA's decision was flawed because it misjudged advantages of Blue Origin's proposal and downplayed technical challenges in SpaceX's.

"Can't get it up (to orbit)," he wrote. SpaceX did not respond to a request for comment, but Musk followed up his tweet with another referring to Blue Origin's proposed lunar lander design, which was called "Blue Moon," as "Blue Balls."

Along with Blue Origin, a third company that was competing for the HLS contracts, Alabama-based Dynetics, also protested NASA's decision.

Both Blue Origin and Dynetics argued in their complaints, filed with the Government Accountability Office this week, that NASA hadn't properly evaluated their bids, pressing the space agency to reconsider. The government has 100 days — or until August 4, 2021 — to rule on whether the protests have merit.

Pushback against such contracting decisions is common, especially in the aerospace industry, where NASA and the US military are the primary customers for rocket builders and winning or losing awards can have a massive impact on a company's bottom line.

But Blue Origin and SpaceX's Musk have been particularly vocal about their rivalry.

"In NASA's own words, it has made a 'high risk' selection," Blue Origin said in a statement. "Their decision eliminates opportunities for competition, significantly narrows the supply base, and not only delays, but also endangers America's return to the Moon. Because of that, we've filed a protest with the GAO."

Blue Origin had proposed working as a "National Team" for the HLS program alongside frequent government contractors such as Northrop Grumman and Lockheed Martin to design a lunar lander specifically to service the space station, called Gateway, that NASA plans to put in orbit around the moon. Dynetics came in with a similar proposal.

SpaceX, however, proposed using its Starship, a gargantuan spaceship and rocket system that is currently in the early stages of development in South Texas. SpaceX's primary goal for Starship is to take humans to Mars, but the company proposed using a modified version to service NASA's Artemis moon program.

Though the vehicle will theoretically be capable of taking astronauts from Earth directly to the lunar surface, NASA plans to use the vehicle in tandem with its own rocket and spacecraft: The SLS, or Space Launch System, and Orion.