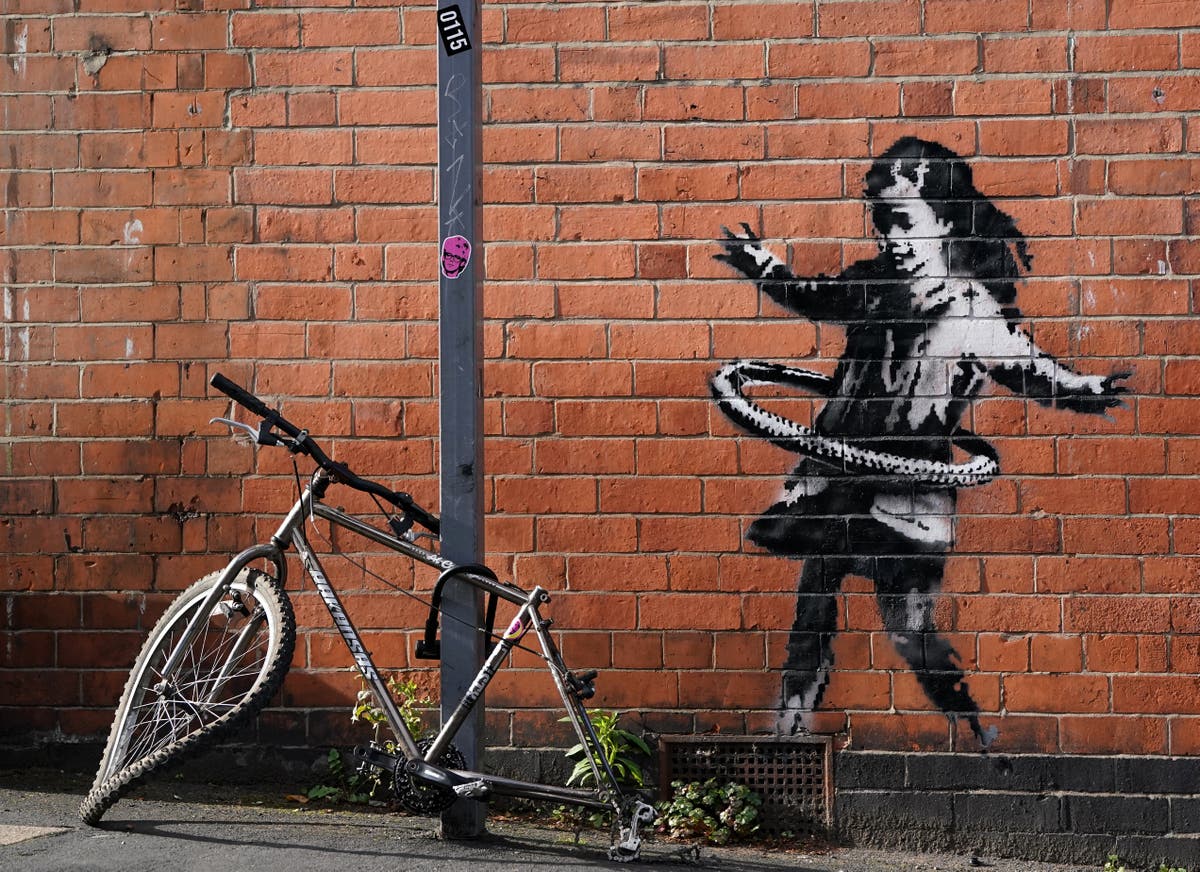 A Banksy artwork has been removed from the side of a building after it was bought by a gallery owner for a “six-figure sum”.

The piece – of a young girl hula-hooping with a bicycle tyre – appeared on the side of a building in Nottingham on 13 October last year. A few days later it was claimed by Banksy via his Instagram account.

As reported by the BBC, the “slab of brick” was seen being cut from the wall on Rothesay Avenue earlier this morning (17 February).

Gallery owner John Brandler told the publication that he had purchased the Banksy artwork for a “six-figure sum” and that he wanted to help preserve the piece and display it.

He claimed that he had saved the artwork “in time” before damp – resulting from the plastic cover put over the painting by Nottingham City Council – could cause damage.

“If you put Perspex over a picture the moisture gets into the brick wall and can’t escape,” he explained. “The wall needs to breathe.”

The BBC reports that city rejuvenation board The Nottingham Project claims they had been in contact with Bansky’s team (Pest Control) following the mural’s appearance, and said that they believed its removal from Rothesay Avenue is against the artist’s wishes.

A spokesperson for the board revealed that they had requested Bansky’s approval to move the piece to another location in the city, however, were asked to leave the artwork in its original place.

They added: “Whilst we respect that this was a private decision for the landlord, we think it’s a great shame that Nottingham has lost its Banksy and we hope this doesn’t stop the artist coming back to the city in the future.”

The Nottingham Post has reported that the owner, who wished to remain anonymous, had attempted to “donate” the artwork, however, “substantial discussions” which had taken place with a number of organisations had not been successful.

As per the newspaper, the owner said: “Since we were unable to donate the artwork itself, we’ll be donating the proceeds privately instead.”

Brandler owns a number of Banksy’s artworks, including his 2019 piece Seasons Greetings.

The gallery owner told the BBC that he planned to display the recently acquired artwork in a street exhibition later this year at the Moyse’s Hall Museum in Bury St Edmunds, Suffolk.