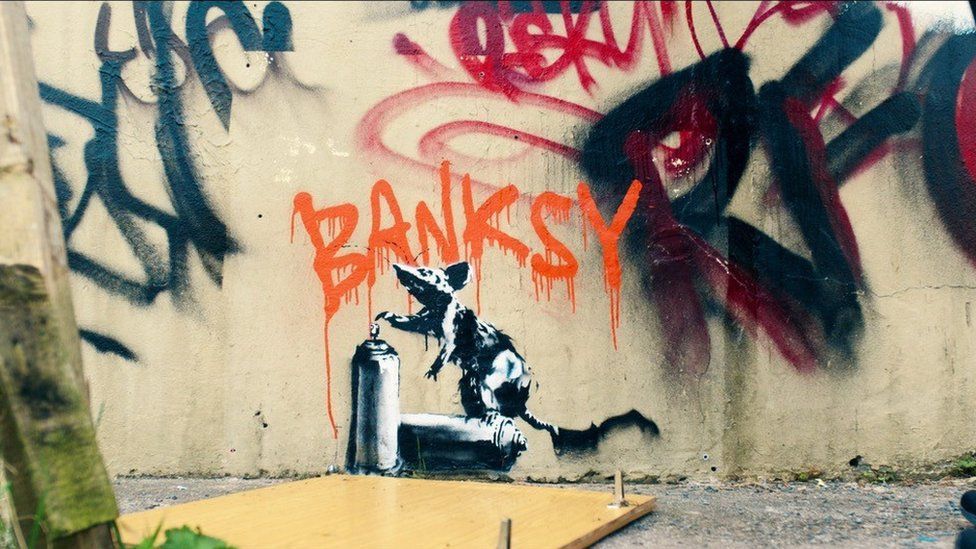 Banksy painted one of his trademark rats on the set of BBC TV drama The Outlaws - before actor Christopher Walken painted over it as part of the storyline, it has been revealed.

The show was filmed in the secretive artist's home city, Bristol.

Banksy agreed to leave his mark on a wall of the set.

It was then painted over by Walken's character for a scene in the final episode, which was released on BBC iPlayer on Wednesday.

"We can confirm that the artwork at the end of The Outlaws was an original Banksy, and that Christopher Walken painted over that artwork during the filming of this scene, ultimately destroying it," a spokesperson for the show said. 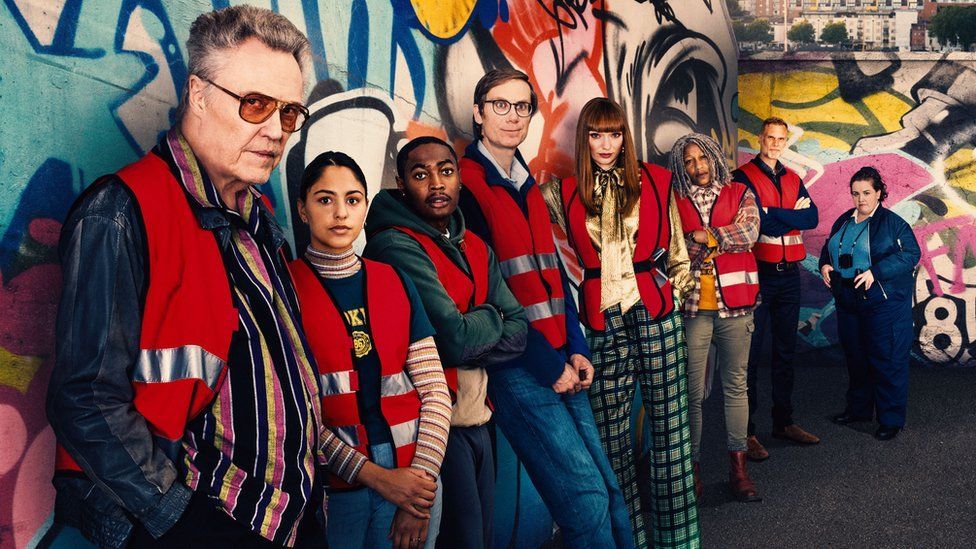 Christopher Walken (left) with the cast of The Outlaws

The Outlaws, written and directed by Stephen Merchant, stars Hollywood veteran Walken as one of a group of minor criminals refurbishing a building for their community service.

The last episode sees his character uncover the Banksy rat and two spray cans behind some wooden boards, and ask his supervisor if he should paint over it.

The probation officer is looking the other way so doesn't realise it's a Banksy and tells him all graffiti must be painted over, which he does. 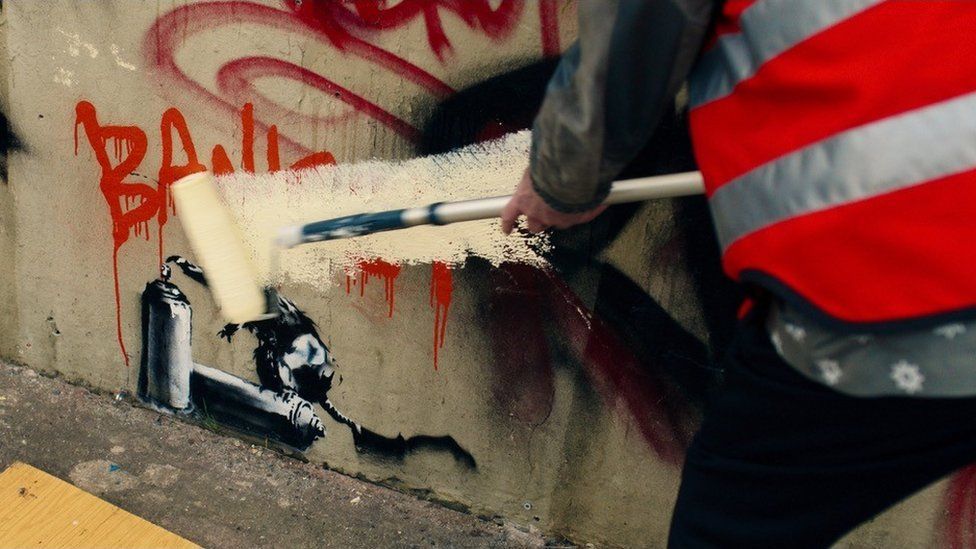 The rat was painted over for real

Banksy works can be worth huge sums, with his infamous shredded Love In The Bin fetching £16m at auction last month.

In September, a work painted on the side of a shop in Lowestoft, Suffolk, added £200,000 to the building's asking price, while another piece of his wall art was sold for a "six-figure sum" in February.