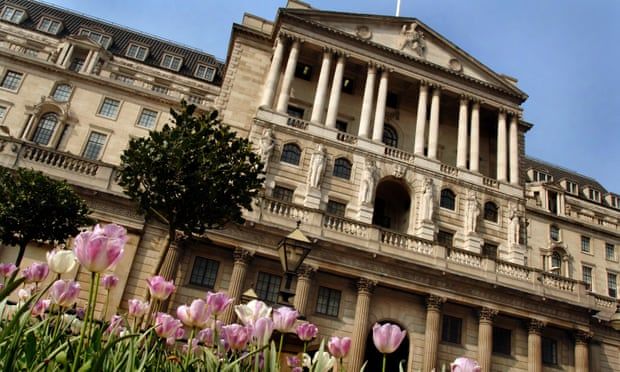 Analysis: UK faces strong pressure from inflation, but increase could help push economy into recession
The Federal Reserve has raised US interest rates for the first time since 2018; now all eyes are now on the Bank of England to see whether it increases UK borrowing costs for a third time in succession.

Wednesday’s quarter-point increase by the world’s most powerful central bank was never really in doubt. It would have come as a complete shock to Wall Street had the Fed decided to sit on its hands as a result of the war in Ukraine.

The US is much less dependent on imported energy than other developed nations and further away from the conflict. The message from Jerome Powell, the Fed’s chairman, was clear: plenty more rate rises – six more quarter-point jumps – are planned before the end of the year. As far as the Fed is concerned, this is now the post-Covid era.

For Threadneedle Street’s monetary policy committee, things are less clear cut, and any one of three options is possible: another quarter-point increase; a half-point increase; or no change. There are nine MPC members and they could easily split three ways when it comes to the vote.

The reason it is a tough call for the Bank is that the economy is being pulled in two directions at once. On the one hand, inflationary pressure was strong even before Russia’s invasion of Ukraine gave an added upward thrust to global commodity prices.

Yet, on the other, UK households are facing the biggest squeeze on their real – inflation-adjusted – incomes for half a century. As the year wears on, and people have to contend with higher energy bills, higher food prices and higher taxes, the deflationary pressure will intensify.

A return to 1970s-style stagflation is the worry on both sides of the Atlantic. Larry Summers, the former US treasury secretary, is predicting that unemployment and inflation will remain above 5% for the next few years in America, and the same pressures affect the UK, only more so.

There is nothing the Bank of England can do to affect the global price of energy or food, but some members of the MPC are jittery about higher prices generating pressure for higher wages. The fear is that in a tight labour market, a wage-price spiral will set in.

Others on the committee are more concerned about the economy hitting the wall in the second half of 2022. Their fear is that over-aggressive interest rate increases will help push the economy into recession.

Before the Russian invasion of Ukraine, there had been speculation the Bank might get more aggressive with a half-point rise this month. That now looks less probable, although it cannot be entirely ruled out.

Nor can the suck-it-and-see approach, although leaving rates unchanged would also be a surprise given that the Bank was expecting inflation to rise above 7% next month even before Vladimir Putin complicated matters.

The likeliest outcome is that the Bank will stick to its policy of gradually edging rates to a more normal setting by raising rates by a quarter-point to 0.75% – returning borrowing costs to their pre-pandemic level – and leave the option open of raising them by a further quarter-point in May, when it will publish updated forecasts for the economy.
#Covid
Add Comment