Australia’s anti-lockdown protesters have been slammed amid fears they may have fuelled the spread of Covid-19.

The state of New South Wales, which is home to Sydney, logged its second-highest daily increase of the year in locally acquired cases on Sunday after thousands of people joined an anti-lockdown protest.

“In relation to yesterday’s protests, can I say how absolutely disgusted I was. It broke my heart,” premier Gladys Berejiklian said. 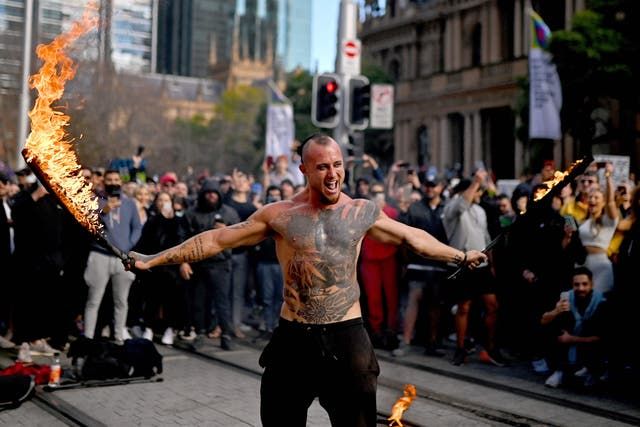 The outbreak, which began in June, is being driven by the highly contagious Delta variant of the virus, and has now infected 2,081 people in New South Wales.

There are 43 people in intensive care, up from 37 a day earlier.

At least 38 of the new cases in NSW had spent time in the community while infectious, state health authorities said.

Numbers of such cases have stayed stubbornly high even after four weeks of lockdown in Sydney, now expected to be extended beyond July 30.

The state reported two deaths overnight, including a woman in her 30s with no pre-existing conditions.

Despite its struggle with spikes of infections, Australia has managed to keep its epidemic largely under control with a total of about 32,600 cases and 918 deaths. 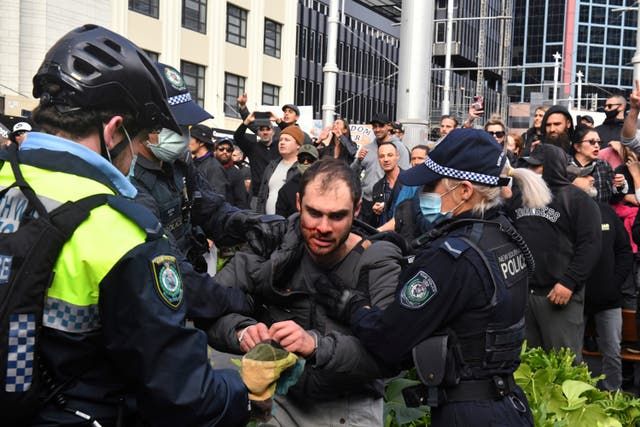 To help speed up vaccinations in Sydney, the government’s official adviser, the Australian Technical Advisory Group on Immunisation (ATAGI), on Saturday changed its advice on the AstraZeneca vaccine, urging anyone in the city under the age of 60 to strongly consider getting vaccinated with it.

TAGI had previously advised against the AstraZeneca vaccine for people under 60 due to concerns about blood clots.

“In the context of the current risk of Covid-19 in NSW and with the ongoing constraints on Comirnaty (Pfizer) vaccine supplies, all adults in greater Sydney should strongly consider the benefits of earlier protection with Covid-19 Vaccine AstraZeneca rather than waiting for alternative vaccines,” ATAGI said in a statement.

Morrison said on Sunday the government has secured an additional 85 million doses of the Pfizer vaccine, but they will only be delivered in 2022 and 2023.

“To have those booster shots pre-ordered means we can go into 2022 with confidence,” he said. 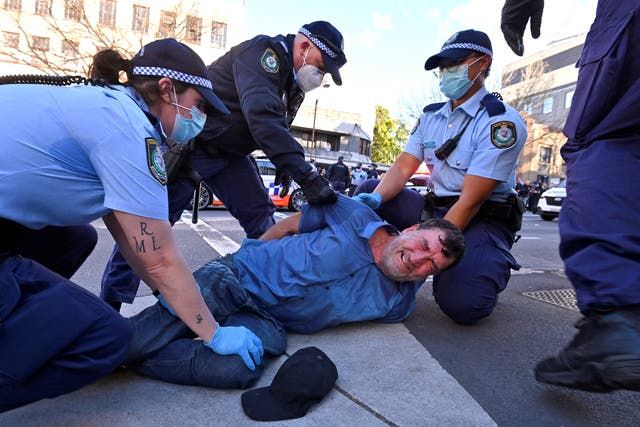 State Premier Daniel Andrews said it was too early to say whether restrictions will be eased on Tuesday, but: “At this stage, though, things are going well.”

All of the cases were linked to the current outbreak clusters and all of them were in isolation throughout their infectious period, the state’s health department said.