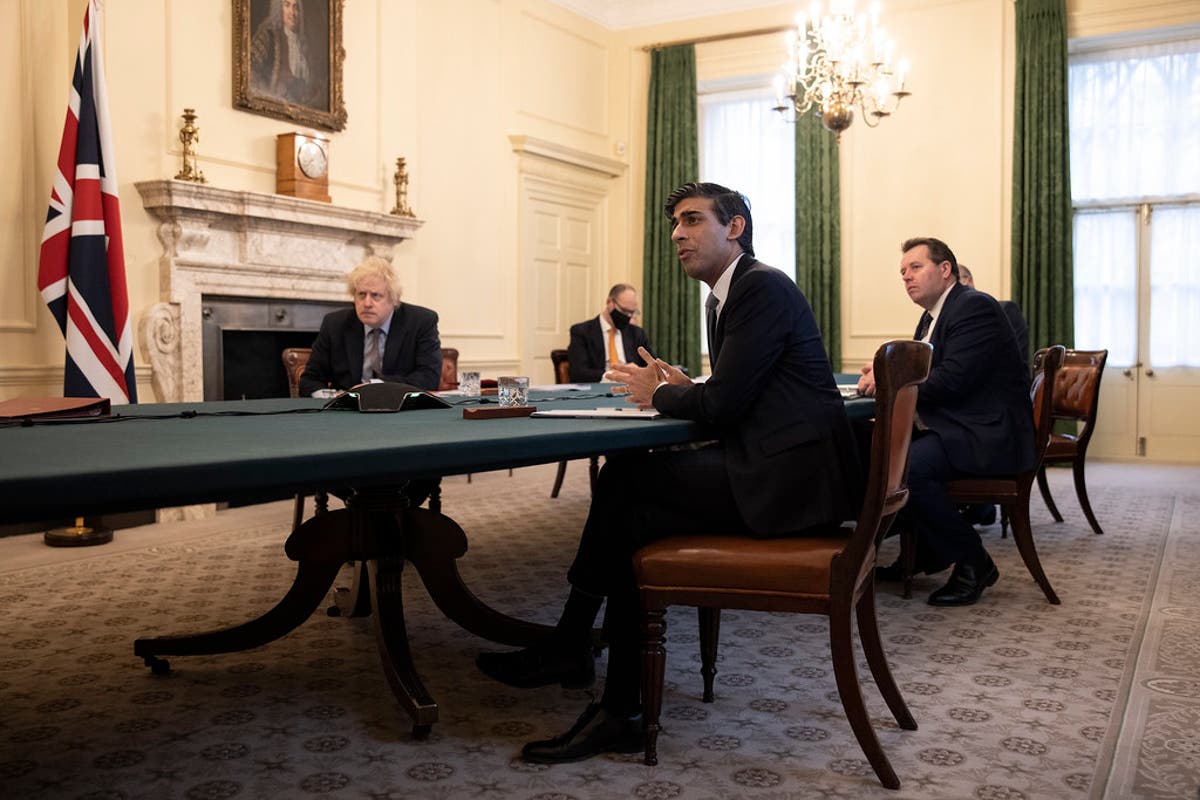 As the rest of us return to the office, why is the Cabinet still meeting over Zoom?

Let’s face it, 98 per cent of meetings could have been an email. Indeed you can buy a notebook with those words scrawled across the cover, though that is a little too passive aggressive even for my tastes.
But sometimes, when the matter is urgent, requires deliverables or a group of people and departments to work in full alignment, in-person meetings are invaluable, or at least unavoidable.

The UK cabinet, and the withdrawal of British troops from Afghanistan, surely checks all of these boxes.

Yet July 19, the recall of Parliament and the collapse of the government in Kabul have come and gone without the Cabinet meeting in person, as has been the case for all of 2021.

Cabinet has long ceased to be the arena for decision making, consisting of 22 ministers and a coterie of those who ‘attend cabinet’ because the prime minister promised a promotion he subsequently couldn’t deliver. But it has a central role to play.

Not every Cabinet meeting must involve blazing rows or the Defence Secretary resigning halfway through, as Michael Heseltine did over the Westland Affair in 1986. Though had he simply shut his laptop rather than storm out of the Cabinet Room, it may have had less of the dramatic effect he was seeking.

But Cabinet government and the collective responsibility which flows from it lie at the heart of our political system. And as we saw with the remote Parliament, it is simply more difficult to hold power to account from afar.

In his new book ‘Four Thousand Weeks: Time and How to Use It’, Oliver Burkeman reminds us all that the average human lifespan is a mere 4,000 days, and investigates how we might best imbue them with purpose.

A 90-minute face-to-face meeting with Liz Truss on trade or Gavin Williamson over exams may not be high on anyone’s bucket list. And hybrid working and zoom meetings are clearly here to stay.

But it is notable that in his review on intelligence on weapons of mass destruction in the build up to the Iraq War, Lord Butler criticised Tony Blair for his so-called ‘sofa government’, which he concluded had reduced the scope for “informed collective political judgement.”

The Cabinet manual states that “Cabinet is the ultimate arbiter of all government policy.” By failing to meet in person to discuss an operation as time-critical and life-saving as the withdrawal from Afghanistan, it makes it easier for Johnson to avoid steering his way through difficult conversations or bumping into awkward ministers in person.
#Afghanistan  #Johnson
Add Comment