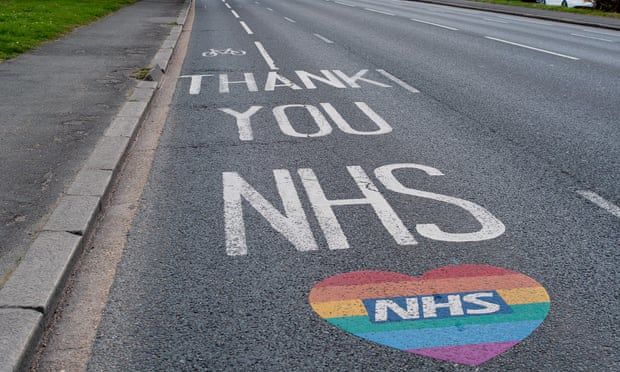 As Britain learns to live with Covid, it faces a new pandemic of disruption

Although the UK no longer faces the threat of lockdowns or intensive care units being imminently overrun, coronavirus is still disrupting much of society and the economy.

As Britain learns to live with Covid, the virus is still playing havoc with our daily lives, and these difficulties have been compounded by post-Brexit chaos in some in sectors.

The resurgence of Covid-19 may not be causing the same number of deaths as before, but it is still causing widespread problems.

Medical professionals and healthcare providers alike hoped that 2022 would be the year they got back on track, after two years of cancelled operations, delayed treatments and missed screenings.

But the pressure on hospitals and other healthcare settings remains intense.

The number of people in hospital seriously ill with Covid-19 remains very low – 315 patients are in mechanical ventilator beds – and almost three in five patients (58%) who have tested positive for Covid-19 are being treated primarily for something else.

However, all patients who test positive must be treated separately from other people in hospital, adding to pressures faced by NHS staff who are already trying to clear a record backlog of routine treatment.

With more than 20,000 patients with Covid-19 now occupying hospital beds in the UK, finding space for others who urgently need care is a daily logistical nightmare.

Healthcare workers are also increasingly becoming infected, which means there are fewer staff to treat patients. The number of NHS staff at hospitals in England off work due to Covid-19 has risen for the fourth week in a row, with an average of 28,560 either ill or having to self-isolate every day in the last week.

In many cases, the NHS has tried to switch to alternative methods of delivering care, such as home-based services, multi-month prescriptions and telemedicine. Inevitably, though, treatment for the most serious health problems, such as cancer, still requires hospital bed and a team of medical staff that are fit and healthy. 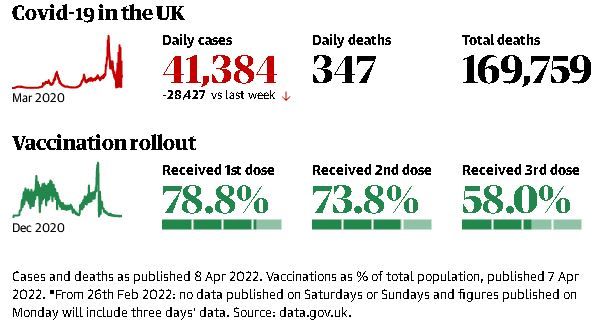 The Easter holidays arrived this year with more sighs of relief than usual for teachers and school leaders in England. It offered them relief from the toll of Covid-related staff shortages, pupil absences and closures.

For head teachers, “living with Covid” has meant juggling staff absence levels as high as at any time in the pandemic. The most recent figures published by the Department for Education (DfE) show that secondary schools have been worst affected, with 8.7% of teachers absent on the last day of March. Overall, one in five schools had more than 15% of their teachers absent.

The absences come at a critical time, with GCSEs and A-levels starting on 16 May. Many schools have responded by getting available staff to concentrate on year 11 and year 13 students preparing for exams, and using supply teachers – when available – to cover other years. The worst-hit schools have sent non-exam year groups home to study remotely. 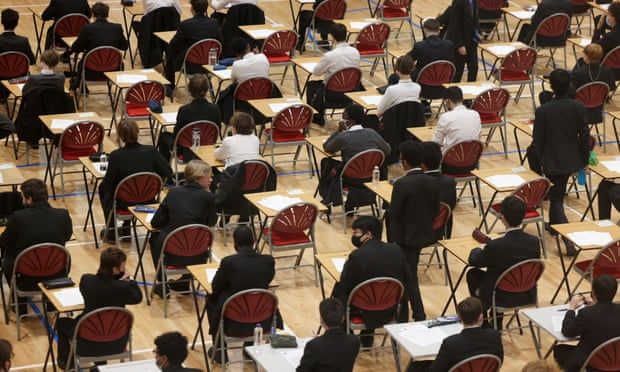 Pupils at The Fulham Boys School in London take a mock exam during the pandemic.

Primary schools also face tests, with national assessments, or Sats, for year 6 pupils to go ahead from 9 May, despite protests from school leaders.

Paul Whiteman, the general secretary of the National Association of Head Teachers, said he could sense “deep frustration” among his members, with Covid infections circulating in schools even as the government stopped access to free tests on 1 April. “We all assumed ‘living with Covid’ meant there would be very low case levels – this is clearly not the case, and absence rates remain at concerningly highlevels. School leaders feel they have been abandoned,” Whiteman said.

Although cases within state schools have receded, the DfE’s latest figures still showed 120,000 confirmed Covid infections at the end of March. But when pupils return after Easter Covid absences will be a mystery: the department announced this week that it will stop collecting detailed responses about how many children missed school because of Covid.

It has been an exceptionally difficult couple of years for the farming sector, which has faced a host of Brexit and Covid-related shocks and trade restrictions compounded by a dismissive government.

The latter was typified by Boris Johnson suggesting it did not matter if 100,000 pigs were culled on-farm and not able to enter the food chain due to labour shortages in abattoirs, as they would have been killed anyway to make “bacon sandwiches”.

This week, MPs said the Covid pandemic and restrictions on recruiting overseas labour had resulted in half a million job vacancies in the food and farming sector, with acute shortages of skilled butchers and abattoir workers.

The government’s indifferent response to the crisis, including a temporary short-term visa scheme that was introduced too late to be beneficial, meant crops were left unharvested and rotting in the fields, and healthy animals were culled on-farm, said MPs.

Feed, fuel and fertiliser costs were rising even before the invasion of Ukraine, with high shipping costs dating back to disruption from the pandemic. This resulted in a rise in the price of commodities such as organic soy used to feed cows, pigs and chickens. 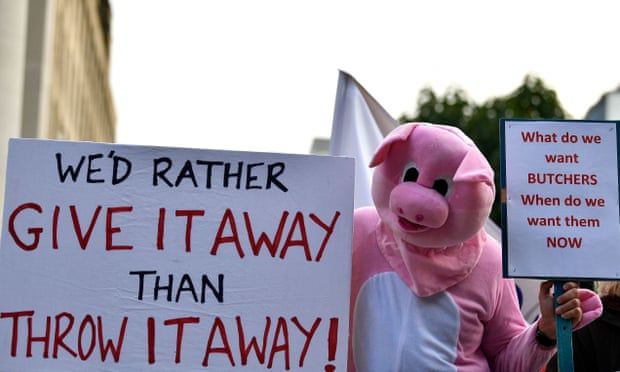 And the promised benefits of post-Brexit trade are yet to materialise, with UK food exports falling last year. While UK businesses are treated as a third country by the EU, with additional paperwork and subsequent delays and costs, for EU exporters it is almost as if the UK had never left the single market.

The delays to trade are particularly difficult for products with a shorter shelf life such as sea fish and dairy.

For now, the UK’s food sector appears burdened by a combination of wage rises, price increases and, it is feared, food production being exported abroad.

Restaurants and bars heaving with customers during weekends may make it seem like the hospitality industry has recovered from the pandemic, but many businesses are struggling with a Covid hangover. Debts incurred over the past two years must be repaid while the industry deals with rising fuel and product prices – as well as a hike in staffing costs.

Other firms did not survive two years of drastically reduced custom. Figures from the industry analysts AlixPartners, published in January, show a net loss of 8,228 hospitality venues during 2021 – a 7% fall.

The pandemic’s impact has not been felt evenly across the high street. Pizza and burger restaurants were among the worst hit, with Italian chains shrinking by a net 22% or 448 sites. However, there are encouraging signs that independent restaurants are taking advantage of cheap rent deals and private equity interest, with an increase of 3.7% or 888 sites.

Data from bookings platform OpenTable shows that in March bookings exceeded levels for the same period in 2019, as people flocked to restaurants and bars to make up for missed opportunities to socialise.

Britain’s love of a takeaway has endured during the pandemic recovery, too, with a boom in orders for the likes of Crosstown and German Doner Kebab. An estimated 10% to 20% of restaurants’ business is now made up of delivery income.

But the withdrawal of government support for the hospitality industry in the spring statement has angered restaurant and pub bosses, who wanted to see ministers extend a cut in VAT to 12.5%, since the recovery remains fragile.

Consumers have also observed how eating and drinking out is not as cheap as it was before the pandemic, while high inflation and the cost of living crisis means that people will be looking to cut out luxuries. For pub, bar, restaurant and cafe owners, the uncertainty isn’t over yet.

visible signs of a travel sector ill-equipped to deal with resurgent demand for holidays after the pandemic, with lengthy queues at Heathrow and scenes verging on chaos at Manchester.

The sudden lifting of all Covid restrictions by the UK government has opened the floodgates for foreign travel bookings – and unleashed a wave of staff infections. Airlines such as easyJet and, to a lesser extent, British Airways have had to cancel hundreds of flights due to a lack of crew.

While the aviation industry had long argued for all testing and locator forms to be scrapped, it was caught on the hop when the government did so at short notice last month.

Thousands of staff had either been laid off or left since March 2020, and airports such as Manchester are finding it hard to lure them back. The labour market has changed, and short-staffed sectors such as logistics or warehousing can be more attractive than antisocial shifts in security lines or baggage handling. 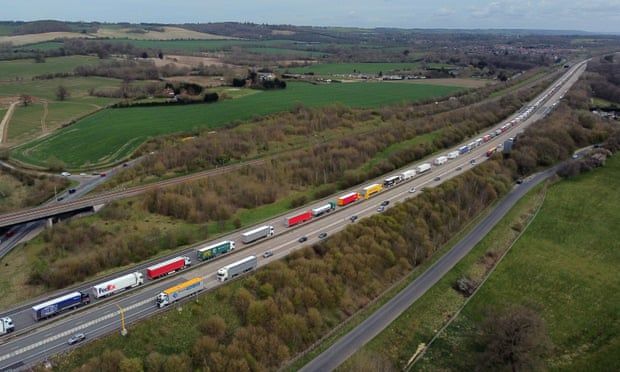 Lorries queue on the M20 as freight delays continue at the Port of Dover.

New hires for airport jobs also have to be vetted by a government service now dealing with a flood of applications – and the process can take months even in quiet times.

While the UK has scrapped Covid travel rules, most other countries have not: BA says that around two-thirds of its destinations still require vaccination certificates or other documentation that need to be manually checked, increasing waits at check-in or border controls.

Brexit red tape is also lengthening the 20-mile queues at the Channel. Thousands of lorries are parked on the M20 towards Dover, while a recent customs IT meltdown added to delays.

The death spiral of reduced trade with the EU and the pandemic curbs on travel seeded P&O Ferries’ desperate, brazen sacking of 800 crew, leaving services suspended and intensifying hold-ups this Easter.