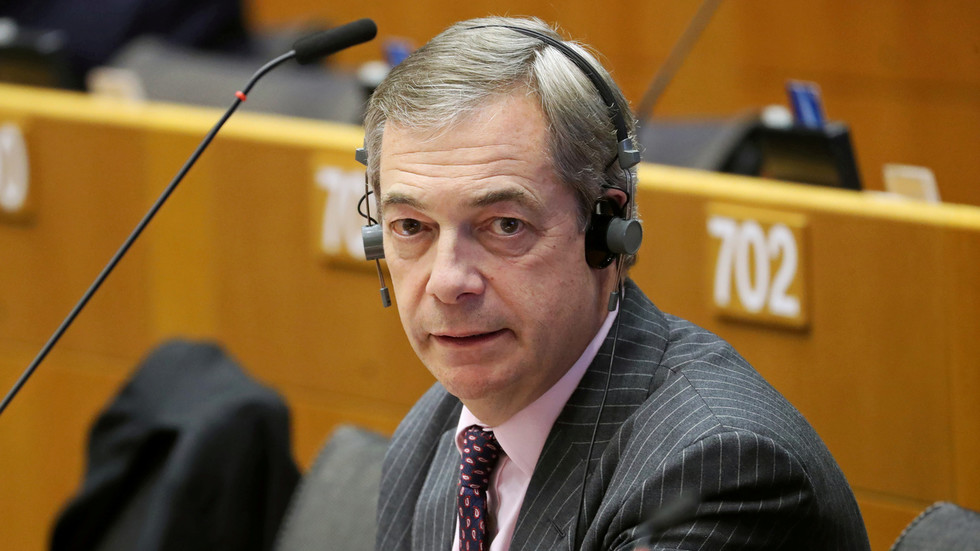 The riots consuming the streets of the US have been “hijacked” by Antifa militants, Brexit Party leader Nigel Farage has claimed. The British politician accused the leftists of attempting to subvert Western democracy itself.

“Appalling that the tragic death in the USA is being hijacked by Antifa, who would replace our Western democratic values with something more extreme than those they accuse,” Farage tweeted on Sunday.

“Antifa are the real fascists.”

Appalling that the tragic death in the USA is being hijacked by Antifa, who would replace our Western democratic values with something more extreme than those they accuse. Antifa are the real fascists.

Initially seen as an outpouring of black rage following the death of George Floyd in Minneapolis last week, many of the riots that have broken out in major US cities have been blamed on Antifa militants. Protesters have reported seeing Antifa ‘organizers’ directing rioters, and supplying them with bricks, bats, and other weapons.

Short for ‘antifascist,’ Antifa has come to refer to the loosely-organized collectives of left-wing militants and anarchists that have sprung up across the US in recent years. It is accused of inciting violence at multiple protests and gatherings.

Meanwhile, many of the activists protesting over Floyd’s death have decried violence by both the police and rioters, who have vandalized and looted shops during the nationwide unrest.