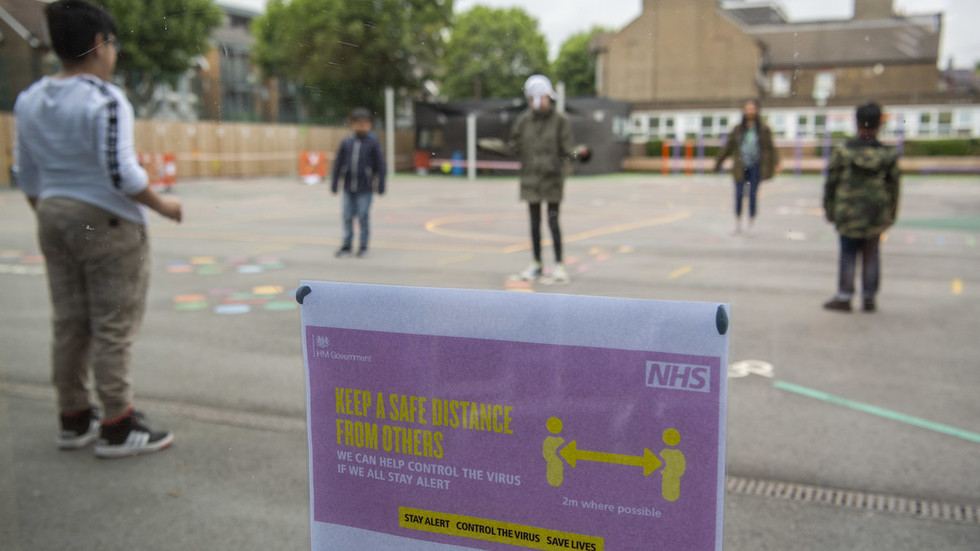 An organisation formed in 2020 to oppose school shutdowns amid the coronavirus pandemic has launched a new campaign calling on the government to reverse recommendations that masks should be worn in classrooms.

The organisation’s letter questioned what “evidence” the Health Department has to recommend that masks in classrooms are necessary, now that the most vulnerable Brits have already received their vaccination against Covid-19.

The letter also highlighted the “potential harms to both psychological and physical health” that can come from children being made to wear masks for long periods of time.

While Williamson has said that secondary school students should wear face masks in school, he declined to make them legally mandatory, telling The i newspaper, “We don't think it is necessary to make it the law, and we think that schools will use good judgement.”

“100% support this considering where we are as a country with vaccinations. The vast majority of the vulnerable are now as safe as we can make them, time to start returning to normality,” one Twitter user wrote.

Others also supported the organisation, pointing out that children “have already made huge sacrifices” for coronavirus restrictions and that “degrading treatment is no way to thank them.”

The pro-maskers were equally as vigorous in their opposition to the campaign, with some accusing UsForThem of being reckless and arguing that wearing a mask was a small price to pay for safety.

“I'm going to be in one of them classes and honestly I couldn't care less,”wrote one student. “Its a mask, it isnt going to kill me, sure its uncomfortable at times. But having myself or a relative stuck in hospital with a ventilator shoved down our throat would be far more uncomfortable.”

Another student also declared that she and her classmates “would rather wear our masks to protect others than no masks at all,” and advised the organisation to consult children directly on the matter.