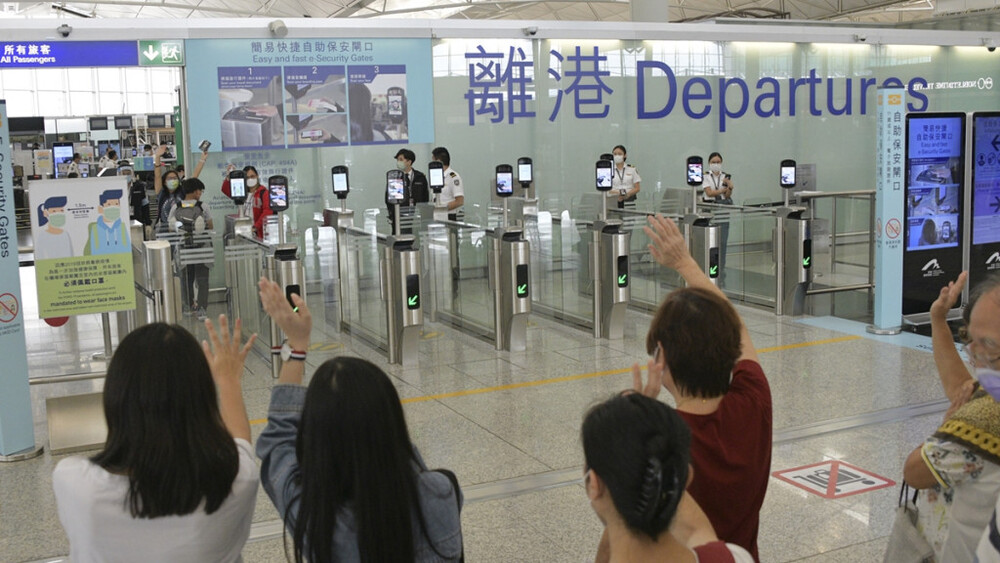 Net migration to the UK has reached a record level of 504,000, with some 76,000 of them flying into the country from Hong Kong.
The new net migration figure released by the Office for National Statistics (ONS) is an increase of 331,000 in a single year and is at least 400,000 more than the UK government’s estimation.

The increase stems from a rise in visas for foreign nationals to live, study and work in the UK, which exceeded 1 million for the first time in the year to June.

Students accounted for the biggest proportion of immigrants, at 277,000, nearly double the 143,000 who came to the UK in the year to June 2021. One factor was overseas students returning to their courses in the UK after studying remotely, the ONS said.

Humanitarian and other family visas accounted for the second largest proportion of immigrants, at 39% or 276,000 in the year ending June 2022.

Three new visa schemes - for Ukrainians, Afghans and Hong Kong British nationals - together added around 138,000 to the number of arrivals. These included 89,000 Ukrainians, 76,000 from Hong Kong and 21,000 Afghans or UK returnees from Afghanistan.

"A series of world events have impacted international migration patterns in the 12 months to June 2022. Taken together these were unprecedented," Jay Lindop, Director of the ONS Centre for International Migration, said.

A spokesman for Rishi Sunak said the prime minister was "fully committed" to bringing overall numbers down.

"We're considering all options to make sure the immigration system is delivering," he said.
#Afghanistan
Add Comment