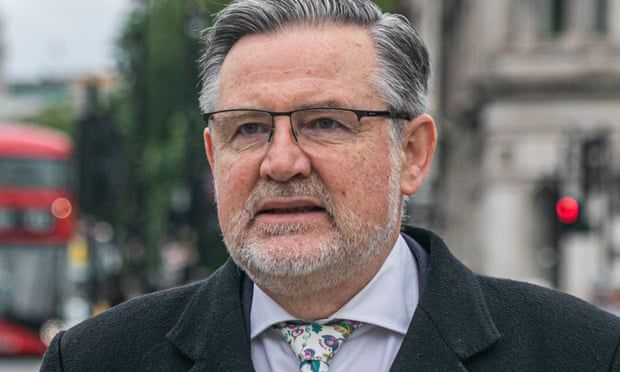 Anger as ministers block ‘fire and rehire’ bill in Commons

Opposition and unions say government is siding with bad bosses by scuppering proposed legislation
Ministers have scuppered a Commons bill that would have stopped the practice of companies firing staff and then rehiring them on worse pay and conditions, saying that while they opposed such actions, legislation was the wrong way to respond.

The decision prompted anger from opposition parties and unions, with the TUC saying the government had “chosen to side with bad bosses”.

The junior business minister, Paul Scully, spoke for more than 40 minutes in the chamber, ensuring that the private member’s bill ran out of time and would not progress beyond its second reading.

Earlier in the session, Barry Gardiner, the Labour MP behind the bill, forced a vote that, if passed, would have prevented the government tactics. However, vote was defeated by 251 votes to 188.

The debate follows increasing concern over so-called “fire and rehire” tactics, as used by companies such as British Gas, which dismissed hundreds of engineers earlier this year who had refused to accept a pay cut and longer, more antisocial hours. Others accepted jobs on the new terms.

While the government has condemned such tactics, it argues that companies in serious financial difficulty must have the option of offering staff new jobs, if the alternative is closure. However, an analysis earlier this year found that nearly 70% of firms engaging in the practice were making a profit.

Introducing the bill, Gardiner stressed that it did not completely ban fire and rehire, as this could be necessary to prevent a company collapsing, but “puts on a statutory footing the procedure that decent employers already follow”.

The Brent North MP said: “It encourages both employers and workers to reach the best outcome and discourages bad employers from threatening fire-and-rehire, where there is not a legitimate threat to the business that demands it.”

In his speech, Scully stressed that he did not disagree with the intent of the bill, just whether it was the best means to achieve it. “The unambiguous message is that bully-boy tactics of fire-and-rehire, for use as a negotiating tactic, is absolutely inappropriate,” he said. “However, I do not believe that this bill as it stands – even if it’s amended, as I do not believe we need that primary legislation to achieve its ends – will actually have the effect.

“What we need to do is make sure that we can address these situations. We’ll legislate if we need to, but we’ll do it as a last resort, not as a first resort.”

But Gardiner said the decision to whip Conservative MPs to oppose the bill and then talk it out was “cowardly”. He said: “In politics, it’s rare to find something that absolutely everyone agrees on … All the way from Len McCluskey to the prime minister himself, everyone agrees fire and rehire is wrong. So why is the government determined to block this bill?”

Frances O’Grady, the TUC general secretary, said: “The government has chosen to side with bad bosses by failing to take action to tackle fire and rehire today. It’s a national scandal. Even the prime minister calls the practice unacceptable.”
Add Comment