PRINCE Andrew has IGNORED the Queen's orders to stop using His Royal Highness as he used the title in an Instagram post about the Falklands War.

The Duke of York signed off the reflective social media post on his ex-wife's account with HRH - the title he was stripped of three months ago. 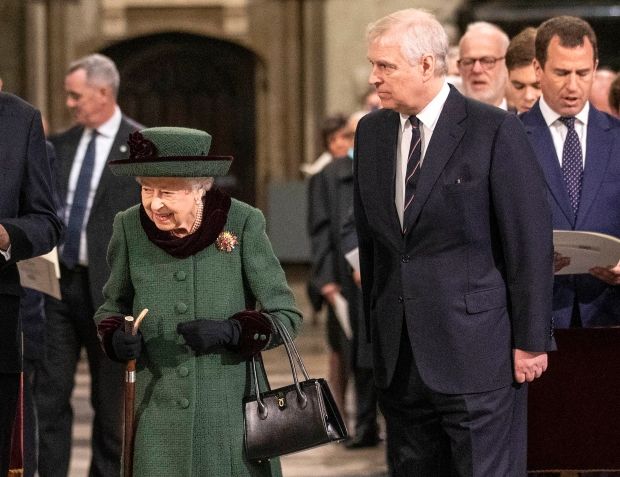 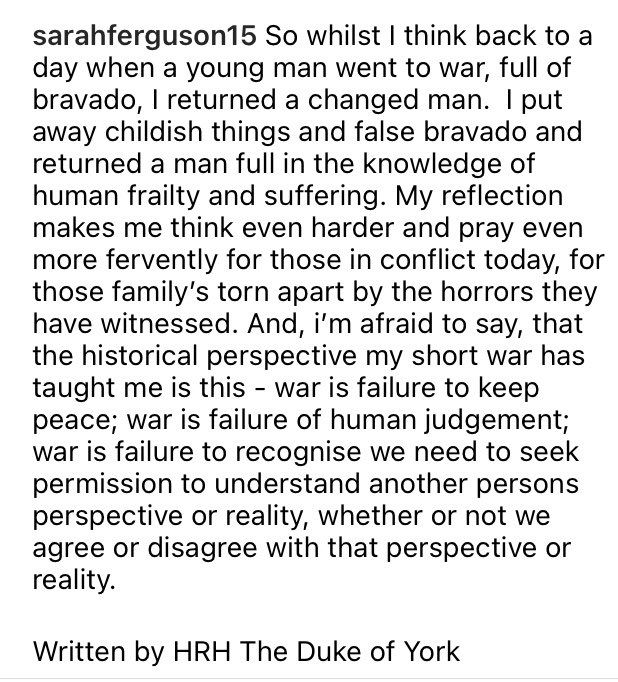 Fergie, who was married to the royal for a decade, said that she asked him for "reflections on the anniversary of his sailing from Portsmouth to the Falkland Islands 40 years ago."

But many were shocked that Andrew seemingly signed off using his HRH title - which he was stripped of by his mother, the Queen.

The fresh outrage comes just days after Andrew was the chosen royal to escort Her Majesty to Prince Philip's memorial service.

Among the paragraphs of reflections, Prince Andrew wrote on Fergie's page: "Whilst I think back to a day when a young man went to war, full of bravado, I returned a changed man.

"I put away childish things and false bravado and returned a man full in the knowledge of human frailty and suffering.

"My reflection makes me think even harder and pray even more fervently for those in conflict today, for those families torn apart by the horrors they have witnessed.

"Written by HRH The Duke of York."

The posts on Sarah Fergerson's Instagram were swiftly deleted.

It's not known whether the shocking sign off was written by the Duke himself or someone else.

In January, the Queen stripped Andrew of his royal title and military honours because of his sex assault lawsuit with Virginia Giuffre.

His military affiliations and royal patronages were returned to the Queen with immediate effect after he was accused of sexually assaulting Giuffre when she was just 17.

The lawsuit was settled for an undisclosed sum, but the removal of Andrew's titles and patronages still stands.

This comes just days after Andrew took centre stage as he escorted his mother into Westminster Abbey for Prince Philip's memorial celebration.

The prince has been accused of overshadowing the memorial to the Duke of Edinburgh, and his detractors at the palace are now determined to thwart any move for Andrew to have a place at a summer service at St Paul’s Cathedral in honour of the Queen’s 70-year reign.

A source close to Andrew says he felt “emboldened” by his role supporting the Queen at the Abbey and that he had proven he could hold his nerve in the limelight, despite knowing that “the weight of public opinion" was against him.

The Sun understands Her Majesty wanted someone she trusted by her side, and made the decision days earlier, with the rest of the family told the night before the ceremony.

Andrew had been initially “understandably nervous” about the Queen’s suggestion that he should escort her into Westminster Abbey, but had been “honoured, grateful and emboldened” by his role at his mother’s side.

“While he accepts that he no longer has a fully participatory role as a core member of the firm, there will be family events where he will want to be present," the source said. 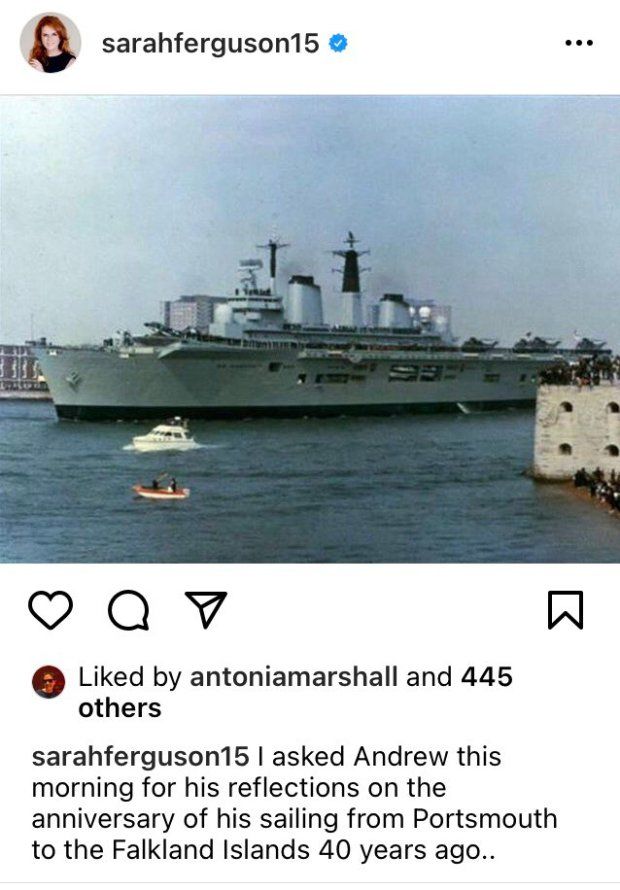 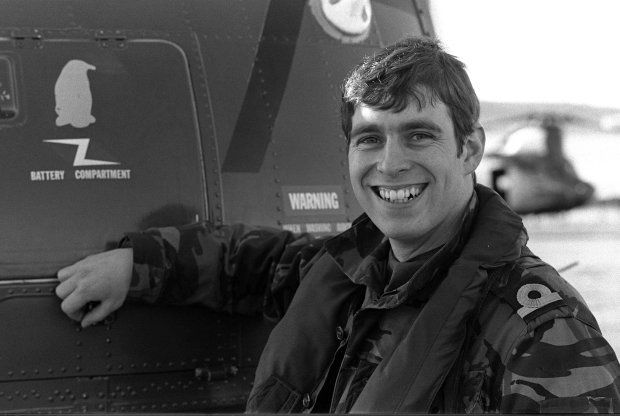 Prince Andrew at Port Stanley in 1982 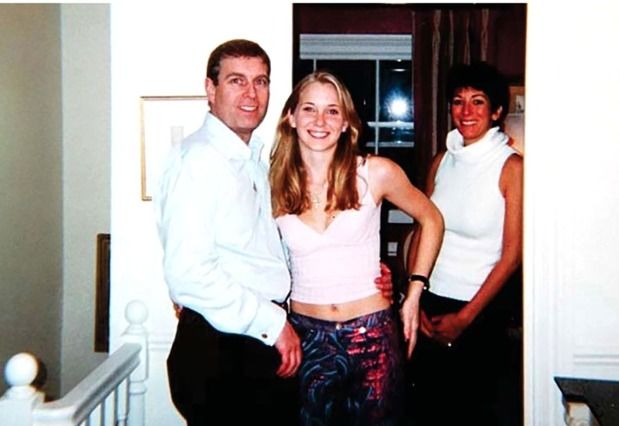 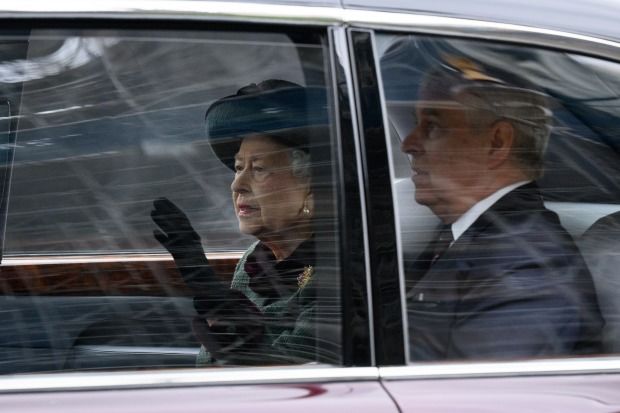 'Nervous' Andrew travelled with the Queen in the car