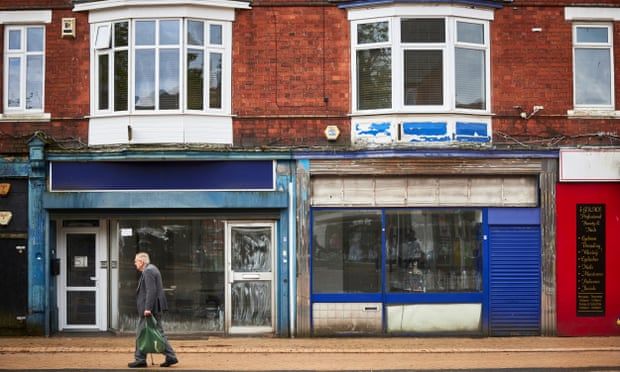 Lee Anderson’s suggestion that food poverty is down to not being able to cook and budget properly is ‘out of touch’, says council leader

In a church hall in the market town of Sutton-in-Ashfield in Nottinghamshire, a group of local residents are busily cooking up an array of meals from scratch, using skills they’ve learned over a 15-week community cooking course.

They never expected to be thrust into the national spotlight this week, when their local Conservative MP, Lee Anderson, said food poverty in the country was down to people not being able to cook and budget properly.

He invited opposition MPs to visit his local food bank Let’s All Eat, which also encourages some long-term food bank users to take part in the cooking course they run in conjunction with Sutton Community Academy.

Many of the people taking part in the class on Thursday felt Anderson did have a point. “If people are taught how to cook properly then maybe they would have a bit more money left in their pocket, instead of spending it on takeaways,” said Jennifer Quimby, a 38-year-old carer with four children.

“There are obviously people out there who just don’t have any money, maybe their benefits have changed or they’ve lost their job, and they genuinely do need that help. No amount of knowing how to cook is going to help with that.

“Everybody’s bills are going up as well. My fuel costs are out of this world, and with food on top, it does all add up. But knowing how to cook proper food, it does make things cheaper. I waste a lot less now.”

The class, which is voluntary and not compulsory as Anderson suggested, teaches people in the local community how to use economical and healthy ingredients “so they are more able to stretch the thin resources they have”, said Simon Martin, a director of Let’s All Eat.

They are now also investing in a number of slow cookers to teach people how to make meals using less electricity. “Our mission is very much helping the community to become more self-sufficient in the longer term,” Martin said. “But there is still very real food poverty here. Since 3 May, we’ve had 23 new referrals for emergency food parcels. And that’s rising even as we speak.

“Clearly the cost of living and energy crisis is biting and where the numbers will top out this time, we simply don’t know.” 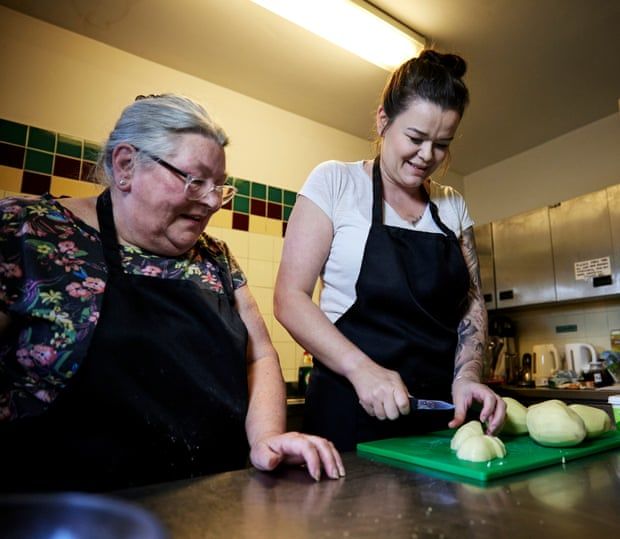 Susan Banks, 68, and Jennifer Quimby, 38, both love the cooking lessons at Let’s All Eat, and Quimby says she has wasted less and saved money by learning how to cook.

At another food bank in the constituency, people weren’t so sympathetic to Anderson’s views. “This is a lifeline for me, without this my kids would starve,” said a mother of four, who asked not to be named, visiting the food bank for a second time. She has had to stop working due to illness and her universal credit payments have been paused.

She prides herself on being able to cook fresh meals from scratch using whatever ingredients she gets in the parcel, researching anything she’s never come across before. “Everything I’ve got goes on bills. I just find it quite patronising, especially when you think what MPs are walking away with each month, they’re not struggling and so many of us are,” she said.

Some parts of Ashfield are among the most deprived in the country, with House of Commons data showing about 16% of the constituency is “highly deprived” and nearly a third of pupils are on free school meals.

Jason Zadrozny, the leader of Ashfield Independents who control the local council, said he had been inundated with messages from angry residents about Anderson’s comments.

“He is so out of touch – it is an insult to the whole Ashfield community,” he said. “People are furious.”

Zadrozny came second to Anderson in the 2019 general election, when the Conservatives took the former “red wall” constituency from Labour, who had controlled it almost continuously since its creation.

“In 2019, there was a huge amount of people in Ashfield who lent the Tories their vote for the first time ever, and he’s scoffing at them now,” he said.

At Let’s All Eat, they said there is not much time for political debate when there’s a growing tide of people in need of help.

“We’re delivering about 150 emergency parcels a week now,” said Linda Smith, manager of the food bank. “We’ve got people asking for stuff they can heat on the hob because they can’t afford to run their oven. We don’t want to get involved in politics, we just want to help people.”