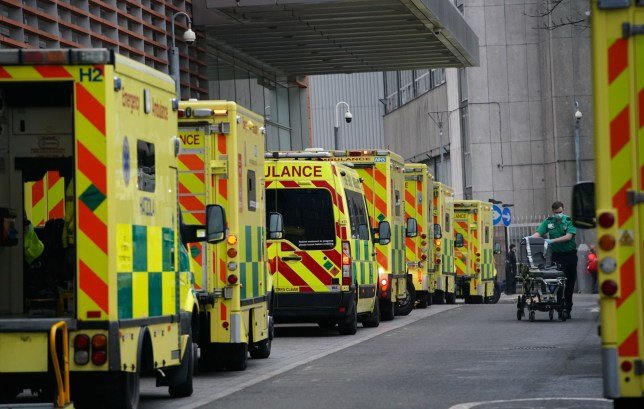 A leading paramedic has told of battling ‘unprecedented pressures’, with some ambulance crews facing waiting times of nine hours to transfer a patient to hospitals.

Tracy Nicholls, chief executive of the College of Paramedics, said ambulance services are now facing handover delays at a scale never seen before as the coronavirus crisis continues to escalate.

She told Sky News’ Sophy Ridge on Sunday programme there have also been delays in getting ambulances to people in need, with some waiting ‘up to 10 hours’ in high-pressure areas.

Ms Nicholls explained: ‘It (the ambulance service) is under unprecedented pressure. We are very used to seeing ambulance services take some strain over the winter months due to the normal pressures we would see any particular year.

‘But this year particularly has seen incredible pressure because of the clinical presentation of the patients our members are seeing. They are sicker.’

Doctors have warned that pressure on the NHS is highly likely to get worse in the coming weeks, with figures for Covid-19 cases, hospital admissions and deaths hitting record highs.

The number of coronavirus patients in hospital in England stood at a record 29,346 as of 8am on Friday, up by 30% from a week ago, while admissions also hit a new high, according to NHS England figures. 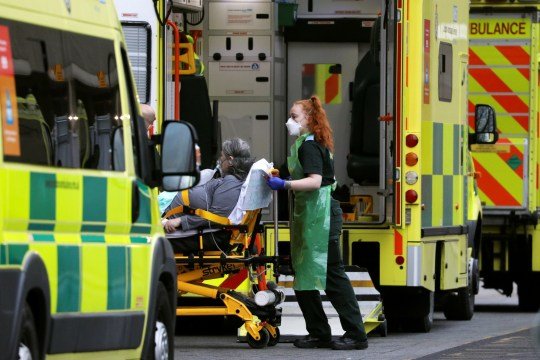 Ms Nicholls said: ‘We are seeing the ambulance handover delays at a scale we haven’t seen before.’

She added: ‘Our members have reported to us they can wait as little as half an hour. We’ve had some members wait five, six, seven, eight and even nine hours.

‘But I would say the hidden risk – your viewers can see the ambulances at the hospitals – that doesn’t take into account the huge number of patients that are waiting for an ambulance that can’t get to them.’

It comes with medics warning that a huge surge in cases will only increase the pressure on the NHS when they are translated into hospital admissions.

Ms Nicholls said that, while there ‘does not appear’ to be a delay in ambulance response times for category one life-threatening callouts, there is for category three and four calls.

‘Category three calls would be things like abdominal pains or falls, and some of those patients in those high-pressure areas have waited up to 10 hours,’ she explained.

This morning Health Secretary Matt Hancock said ‘the pressure on the NHS is very, very bad’ as a result of coronavirus.

He told Sky News’ Sophy Ridge On Sunday programme: ‘The single biggest thing that anybody can do is to follow the stay at home guidance.’

Things are likely to get worse before they get better for the health service, according to Dr Simon Walsh, deputy chairman of the British Medical Association’s consultants committee.

The London-based emergency care doctor said the epidemiology from the previous wave indicates that the situation is likely to worsen over the next two to three weeks.

He told BBC Breakfast on Saturday: ‘I’m afraid all of us who are working on the front line believe, and this is based on the evidence I’m afraid, that it is going to get worse before it gets better.’