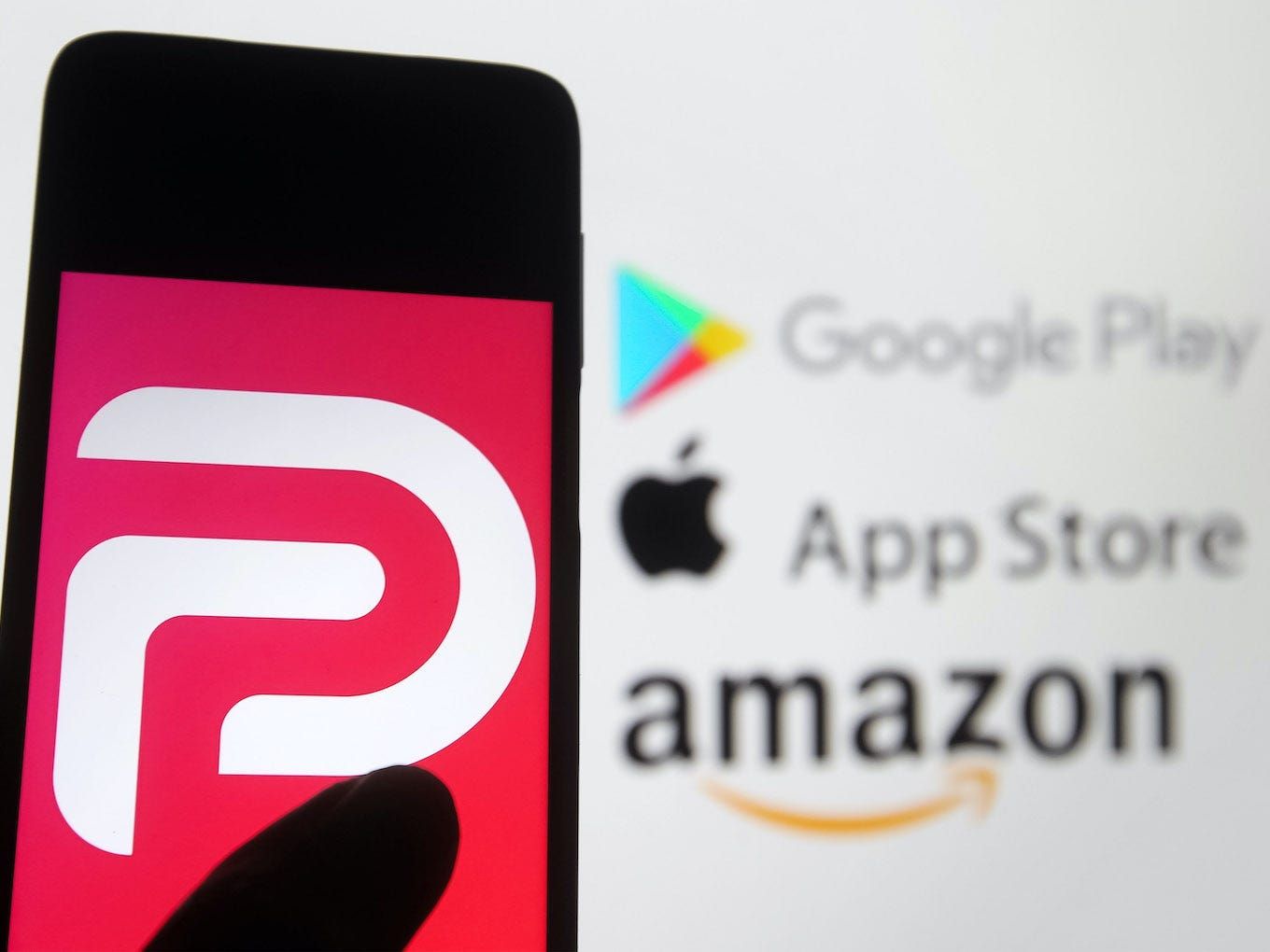 Amazon hits back at Parler's antitrust lawsuit with extensive examples of its violent content, including death threats against politicians, tech CEOs, and BLM supporters

Amazon cited Section 230 to dismiss Parler's claims it conspired with Twitter to hurt Parler's business by barring it from using Amazon Web Services.
Amazon on Tuesday filed its response to an antitrust suit brought against it by Parler, arguing that the social-media upstart's refusal to remove violent content from its platform violated its contract and that Parler had failed to prove any antitrust claims.

Parler sued Amazon on Monday after the tech giant booted the platform from its web-hosting service, Amazon Web Services, amid a public outcry over Parler's role in enabling far-right insurrectionists to organize and plan last week's attack at the US Capitol.

"This case is not about suppressing speech or stifling viewpoints. It is not about a conspiracy to restrain trade," Amazon argued in the court filing. "Instead, this case is about Parler's demonstrated unwillingness and inability to remove... content that threatens the public safety, such as by inciting and planning the rape, torture, and assassination of named public officials and private citizens."

Parler did not respond to a request for comment on this story.

Amazon cited more than a dozen examples of content posted to Parler that it said violated Amazon's policies.

"We are going to fight in a civil War on Jan.20th, Form MILITIAS now and acquire targets," one post said, according to the document, while another said: "White people need to ignite their racial identity and rain down suffering and death like a hurricane."

"There is no legal basis in AWS's customer agreements or otherwise to compel AWS to host content of this nature," Amazon said, adding that it had notified Parler "repeatedly" beginning in mid-November about content that violated the terms of the two companies' contract but that Parler "was both unwilling and unable" to remove it.

Amazon also pushed back against Parler's claims that Amazon's actions were politically motivated and violated antitrust laws by deliberately favoring Twitter, which also uses AWS, and not taking similar action against it.

"AWS does not host Twitter's feed, so of course it could not have suspended access to Twitter's content," Amazon said in the filing, noting that Twitter eventually blocked the violent content, while Parler refused to take similar steps.

Amazon also cited Section 230 of the Communications Decency Act, which gives companies that operate an "interactive computer service" the legal right to remove content as they see fit.

Parler rose to prominence in recent months as mainstream social-media sites have faced increasing pressure to crack down on hate speech, disinformation, and calls for violence.

Following the US presidential election in November, Trump supporters flocked to alternative social networks, including Parler, to plan election protests after Facebook and other sites barred groups that pushed baseless conspiracies. From November 3 to November 9, Parler was downloaded about 530,000 times in the US, according to data from Apptopia.

As a pro-Trump mob violently seized the US Capitol on Wednesday in an attack that left five dead, the rioters used Parler and other conservative-leaning social-media apps to organize. Apptopia told Business Insider that Parler downloads spiked to about 323% of their average weekly volume from October.

But as details have emerged about how some of the insurrectionists leveraged Parler ahead of last week's attack, major tech companies have faced pressure to cut ties. Apple and Google pulled the app from their app stores earlier this week, and Parler was forced to migrate its web hosting to Epik - a domain registrar known for hosting far-right extremist content - after being booted from AWS.