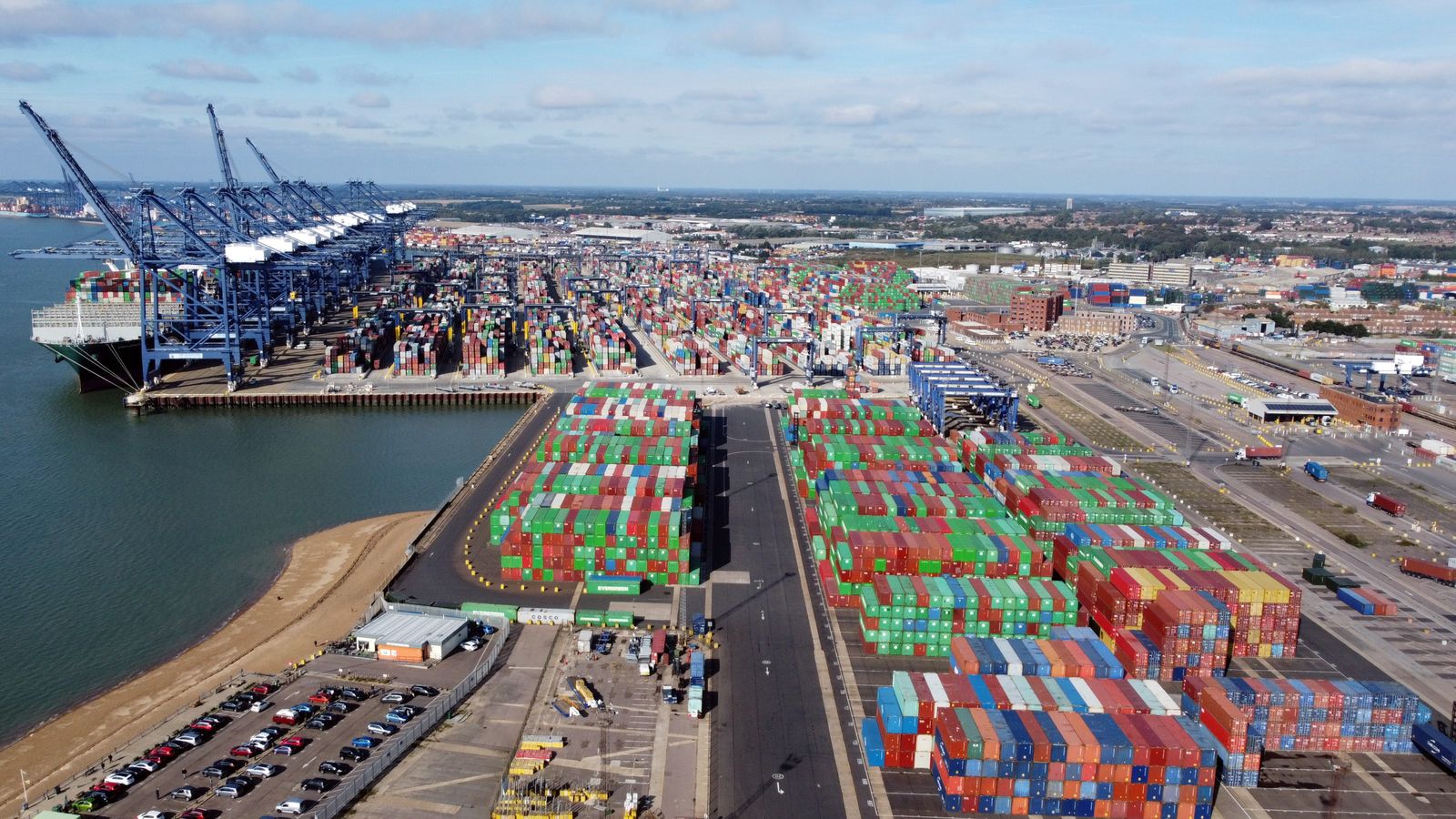 Unite union warned of big disruption to supply chains, and the Port of Felixstowe says it "regrets" the impact of the action. But a port source said the strikes were likely to be only an "inconvenience not a catastrophe".

Almost 2,000 workers are walking out of their jobs at the UK's largest container port for eight days from Sunday, in the latest round of industrial action hitting various sectors of the economy.

The strike at Felixstowe port on the east coast rounds off a week that saw various strikes by thousands of transport workers in disputes over pay, as the cost of living crisis bites.

About 1,900 members of Unite, including crane drivers, machine operators and stevedores, will take part in the first strike to disrupt the port since 1989, following a more than 9-1 vote in favour.

The union has warned the stoppage at the port, which handles almost half the container freight entering the country, will have a significant impact on UK supply chains and the logistics and haulage sectors.

But a port source downplayed the warning, telling the PA news agency that the strikes will be an "inconvenience not a catastrophe".

The supply chain is used to disruption following the pandemic, he claimed.

"Disruption is the new normal. The supply chain has moved from 'just in time to just in case'," he added.

"Its parent company, CK Hutchison Holding Ltd, is so wealthy that, in the same year, it handed out £99 million to its shareholders.

"So they can give Felixstowe workers a decent pay raise," she argued.

The Port of Felixstowe said it was "disappointed" that Unite had not "come to the table for constructive discussions to find a resolution".

"We recognise these are difficult times but... we believe that the company's offer, worth over 8% on average... is fair," it said in a statement.

"The port regrets the impact this action will have on UK supply chains... there will be no winners from this unnecessary industrial action," it added.

According to the company, the Port of Felixstowe staff union, representing approximately 500 positions, voted to accept the same pay offer that Unite had refused to put to its members.