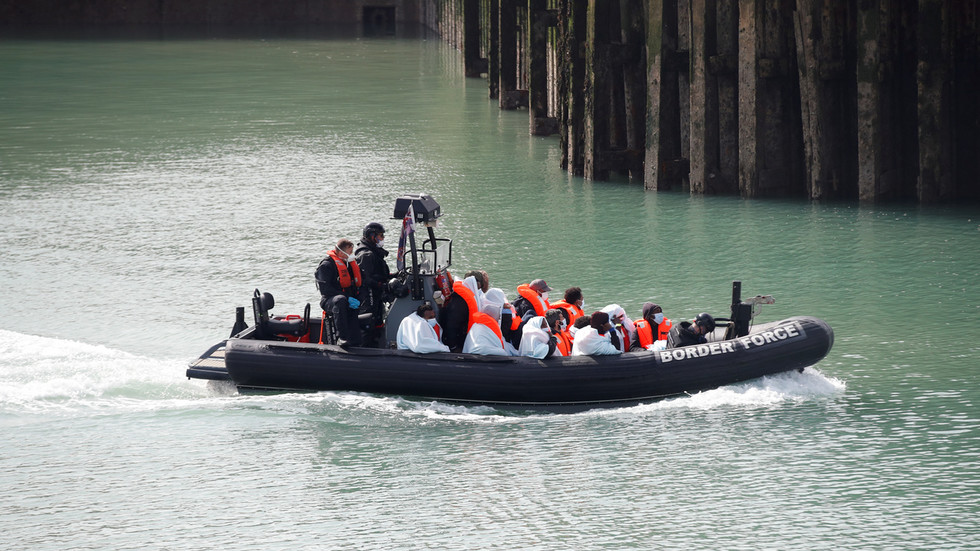 ‘All options on table’ for removing illegal migrants, says UK’s Patel, not ruling out Gibraltar as asylum-seeker processing centre

Britain has said it will consider all options to remove people from the UK who have entered illegally, as London makes radical changes to asylum law that would see illegal migrants disadvantaged when claiming refuge.
“Currently, our asylum system is overwhelmed,” Home Secretary Priti Patel told Sky News on Wednesday, as she discussed plans to crack down on illegal migration and people-trafficking, and to develop “safe and legal routes” for asylum seekers coming to the UK.

“Too many people have died trying to come to the UK. We’ve got to break this people-smuggling model, we’ve got to put in safe and legal routes, and we’ve actually got to be able to help genuine asylum seekers,” Patel stated.

Questioned as to what these safe and legal routes would look like, Patel said the UK would look at “all options”, highlighting that many of the migrants that reach Britain’s shores illegally are “individual men”, not potentially vulnerable women and children.

Under new plans, instead of being processed in the UK, asylum seekers would submit their application at other locations not yet agreed on. She added that the UK had employed a similar model during the Syrian refugee crisis, where 25,000 Syrians were resettled in the UK through “legal routes”.

Previously touted migrant-processing centres such as Gibraltar or the Isle of Man were not ruled out.

The home secretary also said the UK was exploring options for the “third-country removal” of those who reached Britain illegally. “As part of this consultation, we will put all options on the table in terms of working with third countries, and countries like Denmark are already exploring options like this, and we will continue to explore bilateral options in terms of returning and removing people that have come to the United Kingdom illegally.”

Patel’s comments came as the Home Office proposed new plans to limit the rights of people arriving in the UK illegally. Those granted asylum but who had reached the UK illegally will be given “temporary protection status” rather than an automatic right to settle. This also means that they would have reduced access to benefits and limited family reunion rights.