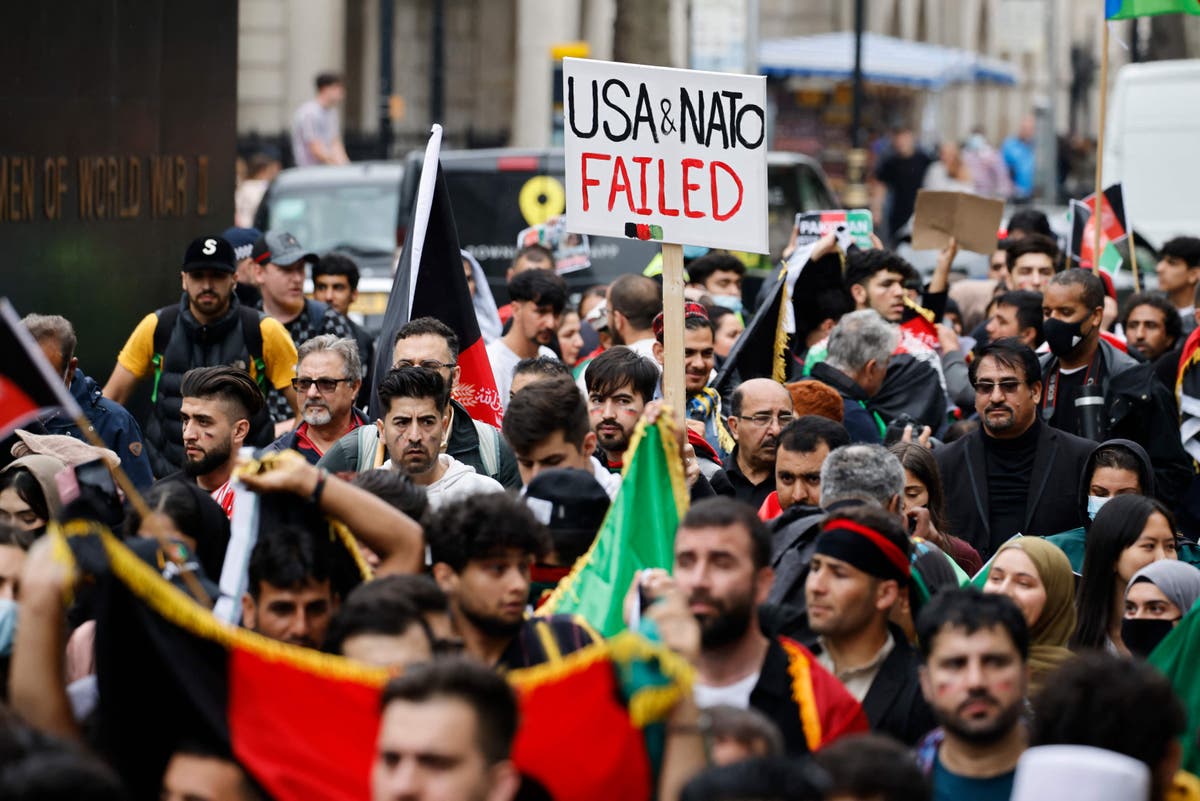 Thousands of protesters took to the streets of central London in solidarity with the people of Afghanistan on Saturday.

Signs which read “Stop the oppression of Afghan women”, “Afghanistan is bleeding” and “US & Nato failed” were held high as people marched through the capital in protest over the weekend.

Afghanistan flags were waved while others wore the country’s colours green, red and black at the demonstration. 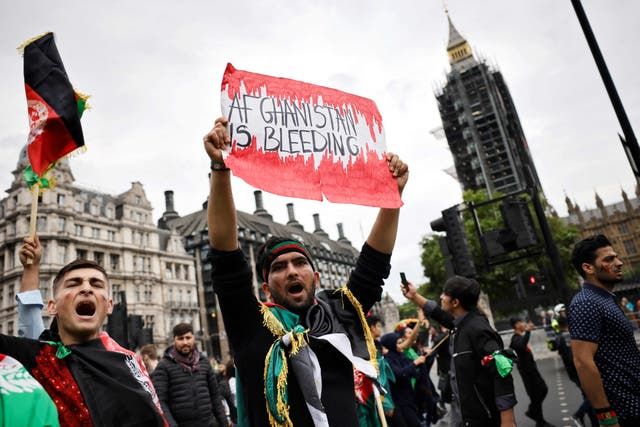 Afghanistan flags were waved while others wore the country’s colours green, red and black at the demonstration

Crowds gathered at Parliament Square, Oxford Circus and Hyde Park as thousands showed their support to the ongoing Afghanistan crisis.

The Taliban have taken over Kabul after Afghan President Ashraf Ghani fled the Presidential Palace and sought safety in United Arab Emirates with his family.

Ghani spoke from exile to say he left to avoid bloodshed and denied reports he had escaped with heaps of money on his person.

Kabul airport has descended into chaos as many have scrambled to try and escape the Taliban.

Afghans were crushed to death as they tried to flee the country, SkyNews reported over the weekend.

It comes after Afghans were seen clinging to planes in a desperate attempt to escape.

Specially deployed US troops have been in control of the airport while evacuations are being made.

On Friday, Boris Johnson reassured everyone the UK government were working around the clock to assist with the Afghanistan crisis. 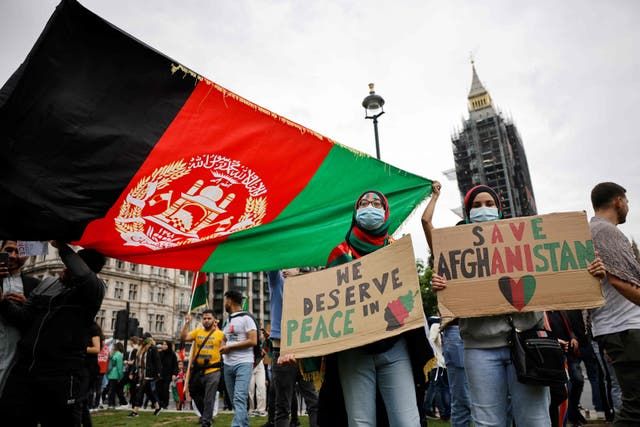 “I can tell you that the whole of the government has been working virtually around the clock hitting the phones to do what we can.” He told the cameras.

“I’m not going to pretend to you that it’s easy. As you can imagine, challenges are formidable.”

The Prime Minister also defended the Foreign Secretary amid the criticism building around Raab enjoying a summer holiday in Greece at the same time the Taliban took over Afghanistan.

He said he “absolutely” had confidence in Raab when Mr Johnson was grilled by broadcasters about the situation in Afghanistan.

It comes amid reports the minister for Afghanistan Lord Tariq Ahmad of Wimbledon was on a staycation in the UK.

The US president said he wants to withdraw American troops by August 31 but he will continue to evacuate until he has brought home all the American citizens.