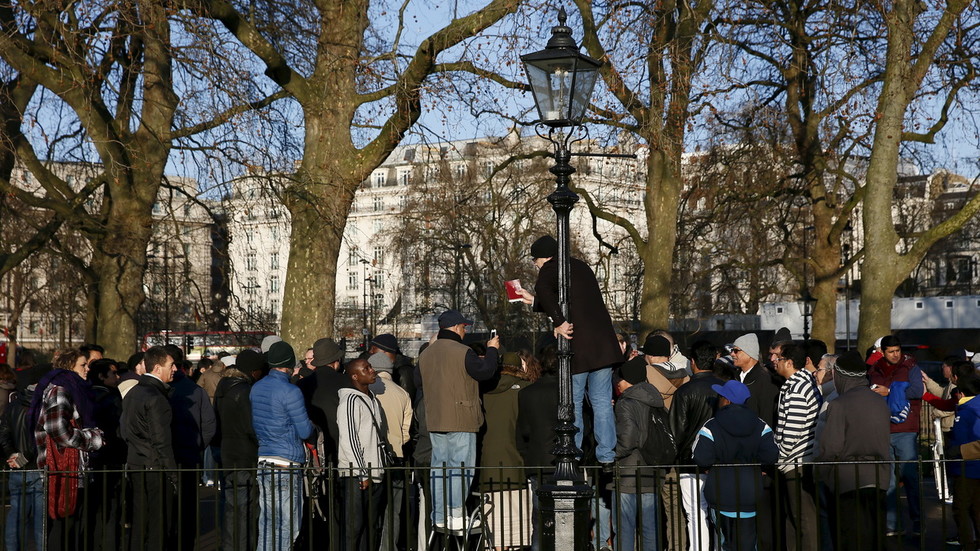 After a woman was brutally attacked at Hyde Park’s Speaker’s Corner, reports about the incident focused on what she wore, begging the question whether free speech is no longer sacred to people who run London and the UK.

A graphic video making rounds on social media shows a man, reportedly dressed in a black robe with a hood, punching and stabbing a woman on Sunday afternoon, then being chased away by police. He somehow evaded the authorities and disappeared, leaving the knife behind.

Reports about the incident spoke of a 39-year-old woman, who suffered “a minor slash injury to her head” that was described as not life-threatening after treatment at a local hospital. The papers revealed no identifying information about the attacker and dutifully quoted the Metropolitan Police urging Londoners to come forth with evidence.

“I would ask people not to speculate on the motive for the attack until we have established the full facts,” the police spokesperson concluded.

That did not stop the media from pointing out that the woman wore a “Charlie Hebdo top,” and reminding the public that the satirical French magazine was targeted by “Islamic extremists” in January 2015 over its cover depicting the Prophet Muhammad. The implication is clear: the woman wore a provocative shirt that offended Muslims somehow, and therefore had the stabbing coming.

The story only gets more troubling when some of the missing details are filled in. Even a cursory glance at the video and stills from the incident shows the woman wearing a top printed with a Charlie Hebdo cover – but not the one depicting the Muslim prophet. Instead, it showed a homosexual kiss between a CH cartoonist and a Muslim preacher, captioned “Love stronger than hate.”

While the authorities did not name the victim, bloggers and activists identified her as Hatun Tash, 39, who fled Turkey after renouncing Islam for Christianity. She now preaches in Hyde Park on behalf of Defend Christ Critique Islam Ministries.

In countries practicing Sharia Law – such as Saudi Arabia – apostasy from Islam is a crime punishable by death. Turkey is nominally secular still. So is the UK. Which is why the British authorities ought to be alarmed by this attack, but they don’t seem to be.

London Mayor Sadiq Khan, who once infamously said terrorist attacks were “part and parcel of living in a big city,” did not even acknowledge the incident. Instead, he demanded that police investigate a speech by an “anti-vaxxer” former nurse.

According to one blogger, Tash has been a fixture at Speakers Corner, facing “intimidation, threats, sexual assaults and physical assaults” in recent years. In October 2020, she was apparently assaulted and knocked unconscious. On another occasion, the blogger said she was detained by police and held for 20 hours without an explanation.

Focusing on Tash’s choice of clothing comes perniciously close to blaming her for “provoking” the attack somehow. Her top, or her words for that matter, may have been offensive to some Muslims, but they were not in violation of the law.

One would expect the British public to show some solidarity with a woman attacked by a knife-wielding man, in broad daylight, for speaking at a place dedicated to free speech. There have been no calls for curfew on men this time, however.

Worse yet, violence is increasingly becoming the norm at Speakers Corner. It has reportedly seen multiple clashes in recent months, between Shia and Sunni Muslims. Indeed, in one of the videos that captured the attack on Tash, the speakers in the foreground can be heard discussing Islamic theology.

There is nothing wrong with that as such, so long as everyone understands that the laws, customs and traditions of Speakers Corner, London and the UK take precedence over those they brought with them from abroad. Otherwise what’s next, practicing suttee in Kensington Gardens in the name of diversity and inclusion?