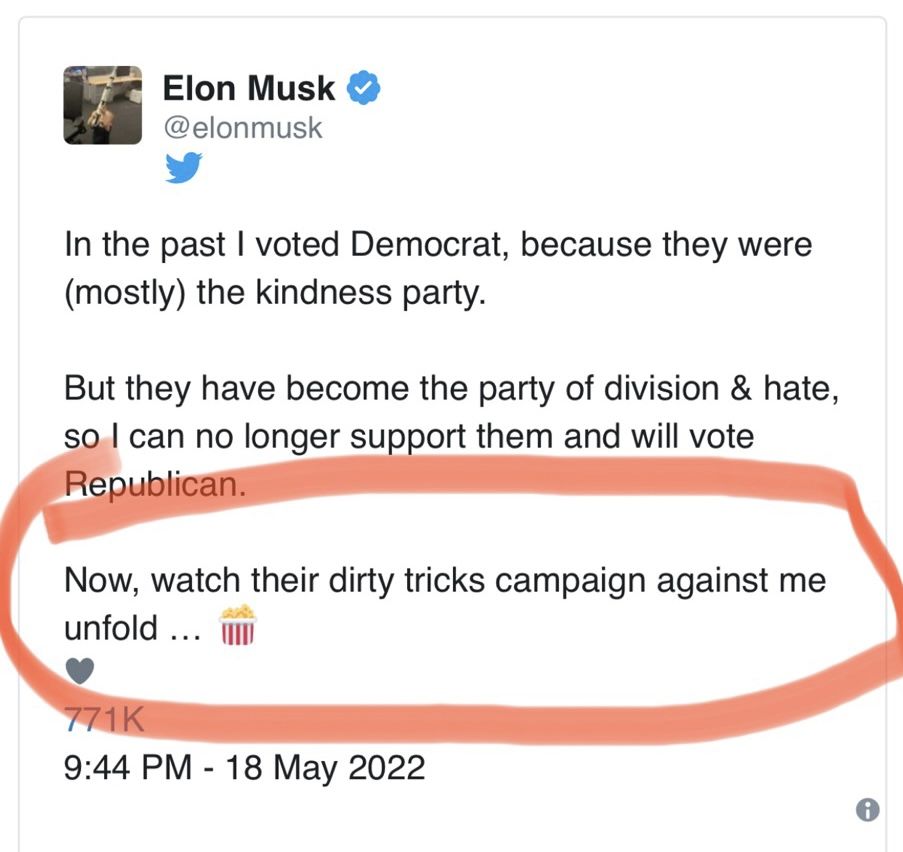 Listen to the article
0:00
0:00
Ever since Elon Musk announced he wanted to open Twitter for free speech, opponents of freedom of information have been looking for embarrassing anecdotes in Musk's past, as part of a de-legitimization campaign against the billionaire that threatens their monopoly on disinformation and censorship that allows them to manipulate the dumb mob.

So here are the facts they found:

A flight attendant for SpaceX said Elon Musk asked her to "do more" during a massage.

The billionaire founder exposed his penis to her and offered to buy her a horse, according to claims in a declaration.

After she reported the incident to SpaceX, Musk's company paid her $250,000 for her silence, as part of a commonly agreed severance agreement.

1. Why does a flight attendant who does a massage that is not part of her job for her boss suddenly complain that the boss expects her to naturally continue the sexual act she started?

2. An offer from a flight passenger to spend an intimate evening with the flight attendant occurs at least once on each regular flight and at least twice on each business class flight. Most of the time it ends in a polite refusal, and for me it has succeeded at least five wonderful times, which I will never forget. Twice out of five they became my regular partner, and we had a wonderful relationship. The other three times we had a pleasant time and said goodbye tired but happy.

3. As long as the man does not force himself on a woman, a proposal for an intimate relationship is legitimate and an integral part of the way the whole world connects men and women. Obviously, exposing a penis by surprise is an illegal act that should not be done, but when it's part of a massage where the man is naked anyway (with only a towel on his body), it is not always desirable, but it is not really wrong.

Like it or not, but in the real world, it is natural for a man to interpret the presence of a woman when he is naked with only a towel on his body in a dark room, that the woman might be ready for more - the typical business model is "more action" and for more money. Not necessarily, not always, and her right to refuse performing an indecent act is, of course, there and a matter of choice. Ask Bill Clinton, Bill Gates, Mike Bloomberg and a few hundred other senators, judges, millionaires and billionaires.

4. He offered to have sex and exposed his penis. She refused and received $250,000 in return for the inconvenience caused to her and for her agreement to remain silent, that she just violated.

I don’t know. I am just asking. Because from my modest experience with flight attendants, they are often smart, independent and strong woman, never expecting money for sex, and… anyone familiar with the gossip between the flight attendants and themselves, knows that, in fact, no man is able to conquer them, but the man who provided them with a night of amusement is just another X in their table of conquests - just a free human vibrator that should not be washed after use. The man is merely like a used tampon, having done his part, and then left in the trash can of their history.

It is impossible to achieve such tremendous achievements without having the libido, passion, ambition and self-confidence that, in the eyes of the poor common people, are considered sins. That's not what I said, that's what Louis XIV said.

(I just upgraded and updated the translation :-)

Presumably Mr. Musk has a lot of anecdotes from his ambitious and colorful past that can provide journalistic junk to hundreds of Z-League journalists in cheap tabloids and the gossip columns impersonating as economics and Op-Ed in newspapers that were once considered respectable; but, today, we all know that they are just sophisticated marketing columnists, mercenaries with a pen-to-rent, crooks with a sophisticated writing style, who serve political and business corruption. Stylish junk-marketing for the ignorant mob.

A moral society should not discuss the claims of a woman who received a silencing fee, before she has returned the silence fee that was paid to her. Because in doing so, society also becomes immoral, and loses its right to preach morality. Woman can change her mind and speak out, anytime, but never before she pay back the silence fee she agree to get in exchange for her silence. Justice is never one sided.

Anyone who gets paid for disagreeing with the opinion that I have expressed above is welcome to join me in writing the exploits of all the liberal friends of Jeffrey Epstein, who paid silence fees not to a mature stewardess who massaged a man and was exposed btw to a male genitalia, but to a long list of leaders, tycoons, judges and senior lawmakers; who paid silence fees to hide full sex that they had with minors. First comes first, and the worst comes first.

Elon Musk 259 days ago
They began brewing attacks of all kinds as soon as the Twitter acquisition was announced.

In my 30 year career, including the entire MeToo era, there’s nothing to report, but, as soon as I say I intend to restore free speech to Twitter & vote Republican, suddenly there is …