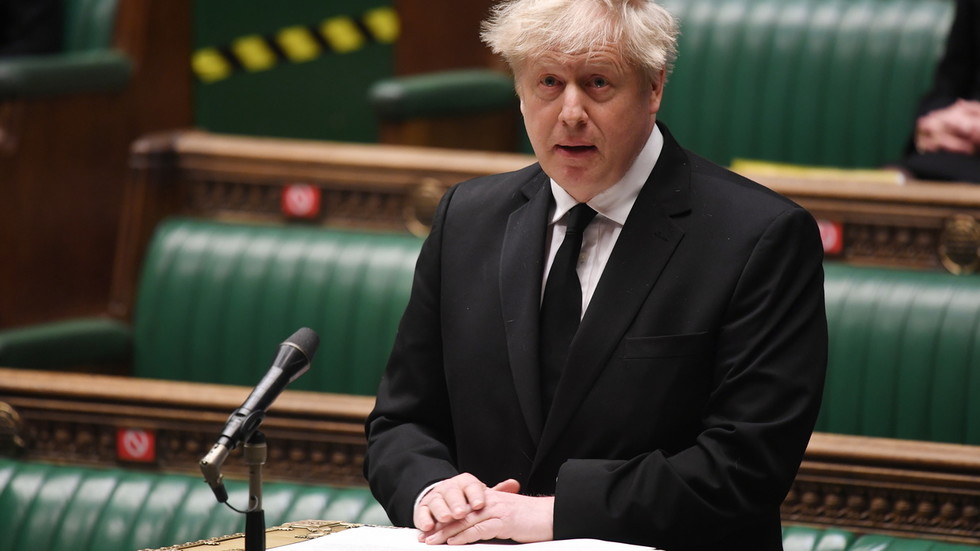 Boris Johnson is facing heavy criticism after telling weary Brits that the reduction in Covid-19 cases and deaths was not due to the UK’s massive vaccination program, but the restrictive lockdowns endured for months.

Speaking on Tuesday – the day after England's shops and pubs reopened as part of the second stage of the government's restriction loosening plan – Johnson said it is “very, very important for everybody to understand that the reduction in these numbers, in hospitalisations and in deaths and in infections, has not been achieved by the vaccination program.”

“People don't, I think, appreciate that it's the lockdown that has been overwhelmingly important in delivering this improvement in the pandemic,” Johnson said in comments that stunned many on social media. He added that though the vaccination program “has helped,” the “bulk of the work in reducing the disease has been done by the lockdown.”

The prime minister soon came under fire from Brits of all political persuasions, who accused him of minimising the results of his vaccine rollout, which the government has repeatedly claimed would be the holy grail offering a “way out” of the pandemic.

“Isn't it funny how they change rhetoric,” commented one Brit, while some questioned the point in Johnson’s planned vaccine passport if lockdowns are supposedly more effective.

Others called his comments “utter rubbish” and “a gift to anti-vaxxers, vaccine and virus deniers,” and accused him of trying to pave “the way for future lockdowns,” as well as justify the previous year of punishing lockdowns.

Johnson did, however, find a small amount of support from some Brits, who called his claims “sensible” and “honest.”

“Finally, Boris is talking sense,” praised one person. “He has moved away from herd immunity and realizes that lockdown and following Covid safe guidelines is the only way moving forward, till 80% get vaccinated.”