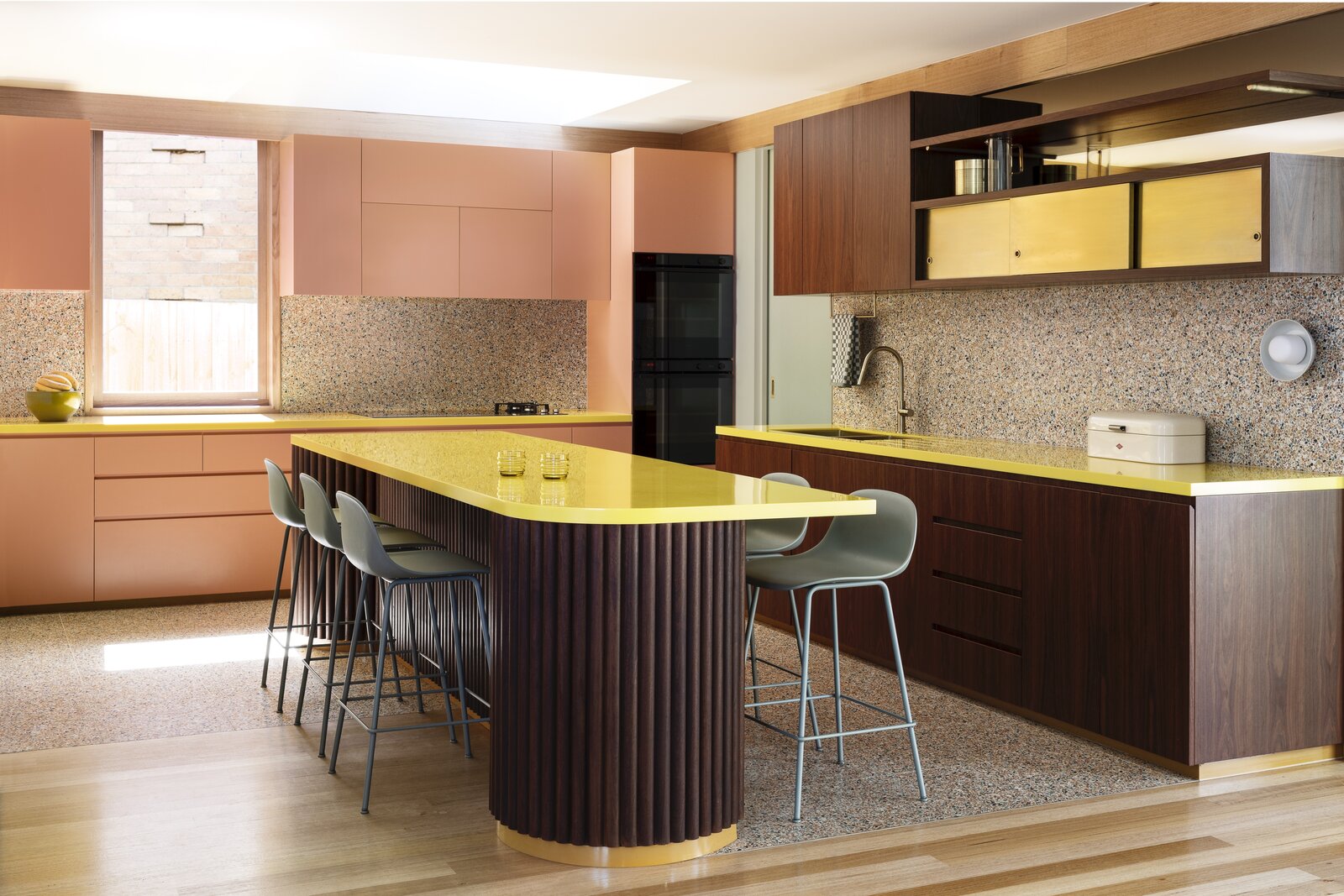 Melbourne-based WOWOWA Architecture reimagines a brick house for a rambunctious family of six.

According to Monique Woodward, cofounder of Melbourne-based WOWOWA Architecture, the brief for this house was simple yet earnest: "I got this random email with heaps of emojis in it that was just like, ‘We had two kids and then got pregnant and had twins...help!’" 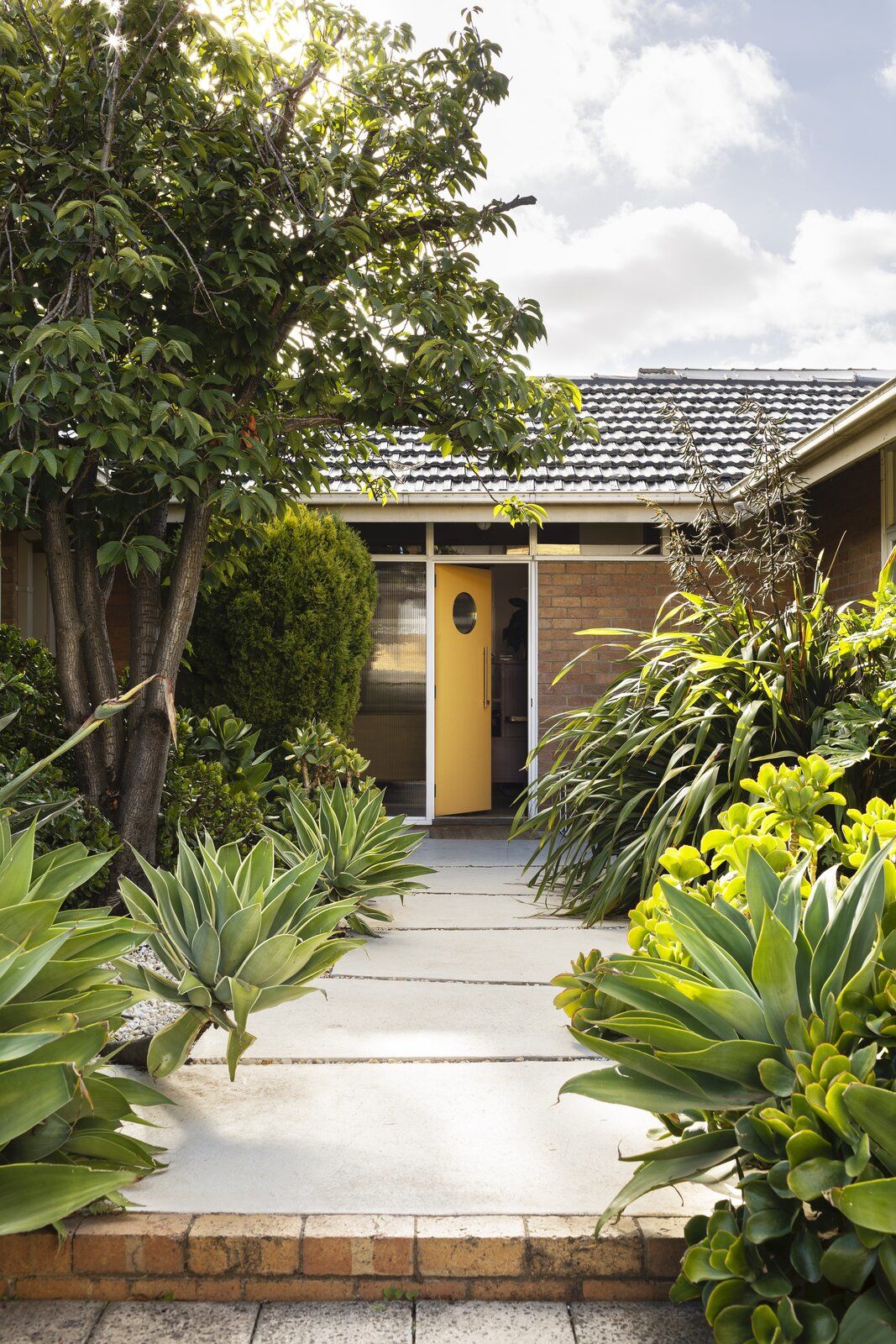 The clients are a young couple living in a 2,000-square-foot, T-shaped modernist brick house typical of the kind built during Australia’s postwar boom. They had purchased the residence in Brighton, a beachside suburb of Melbourne, from the original owners and were very grounded in it prior to the renovation. 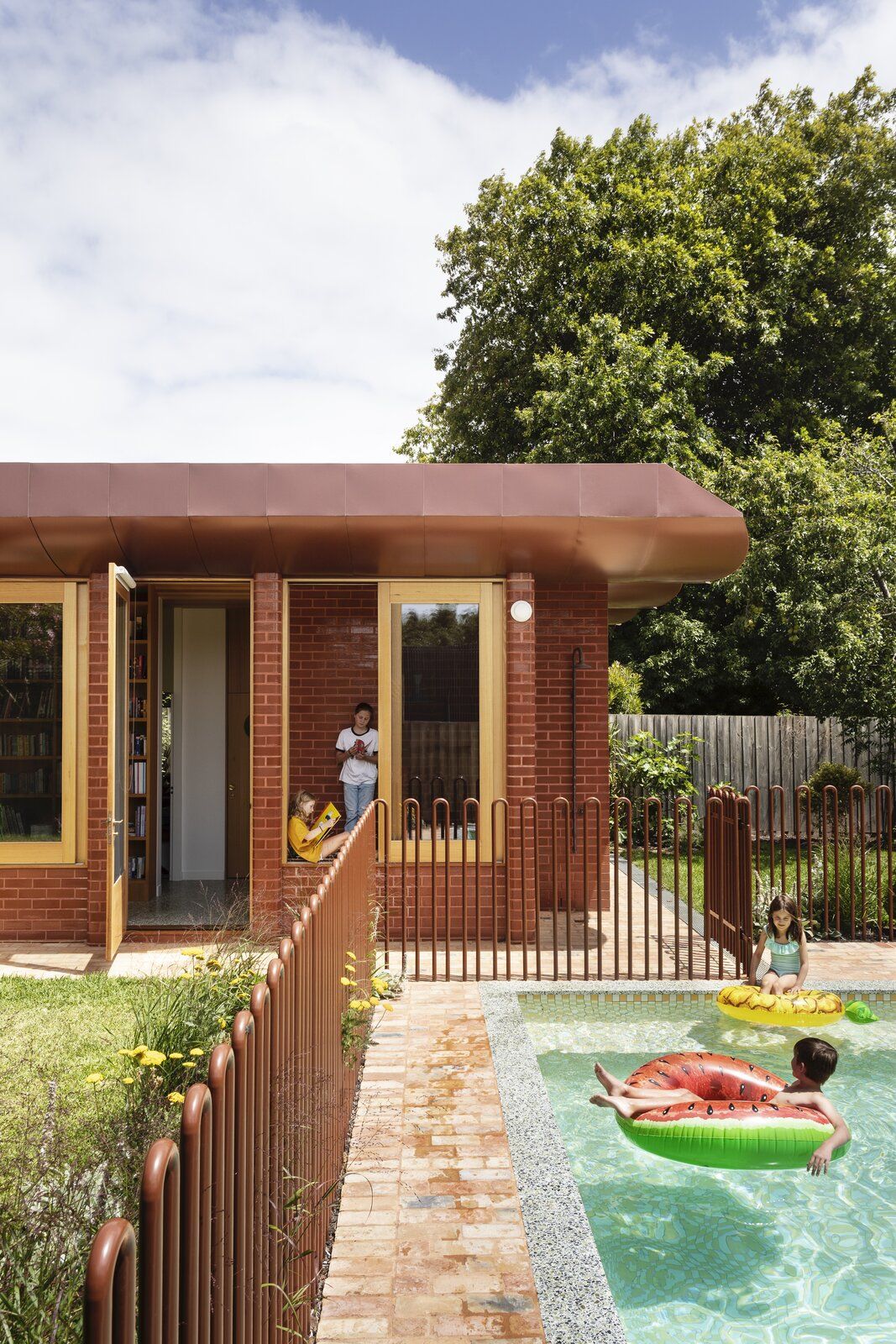 "The client has this big, robust family and a big van that they cart the kids around in. They kind of matched the home," says Woodward. "They’re the nicest people that I’ve ever met in my life, so it was a real joy to be playful with them." 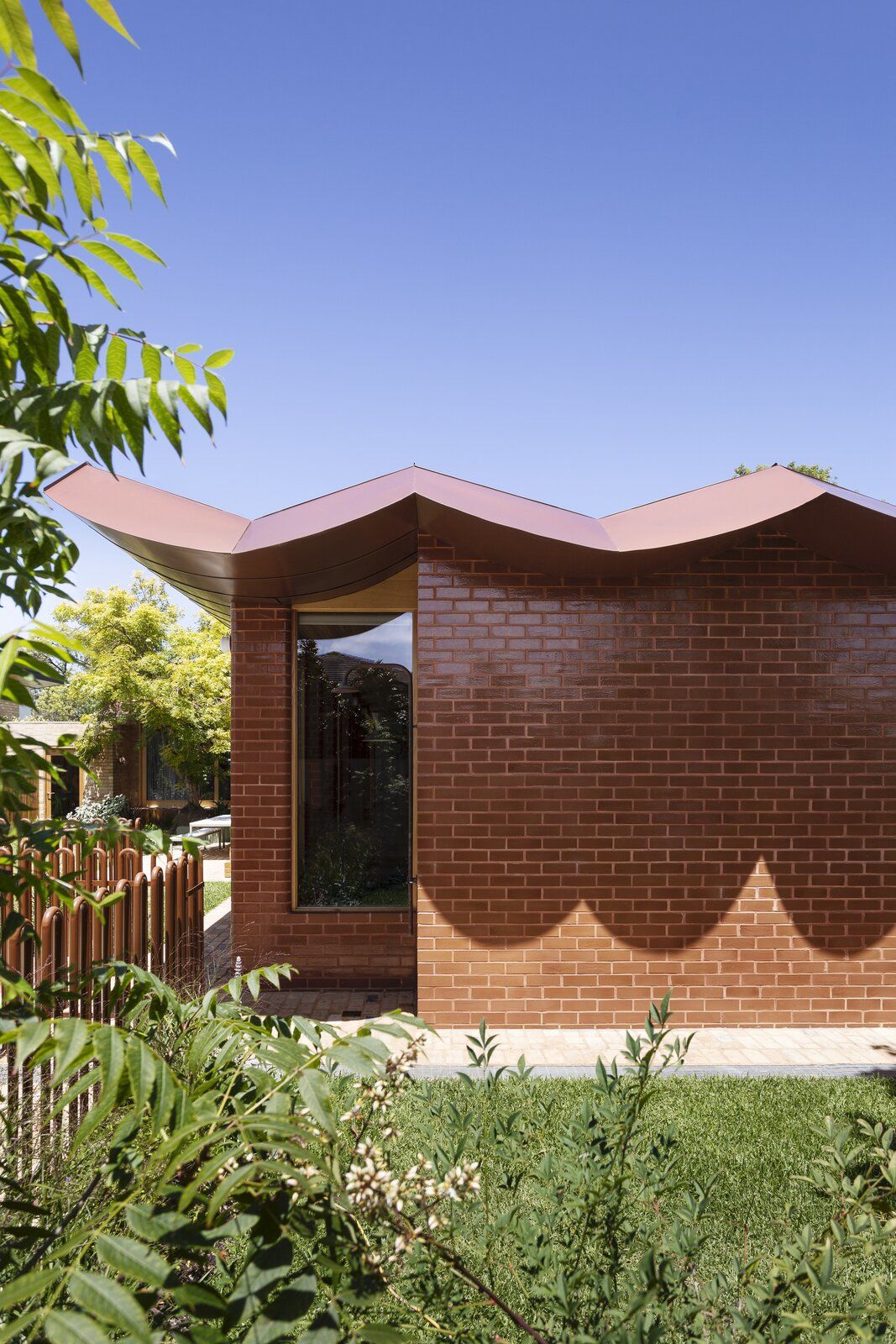 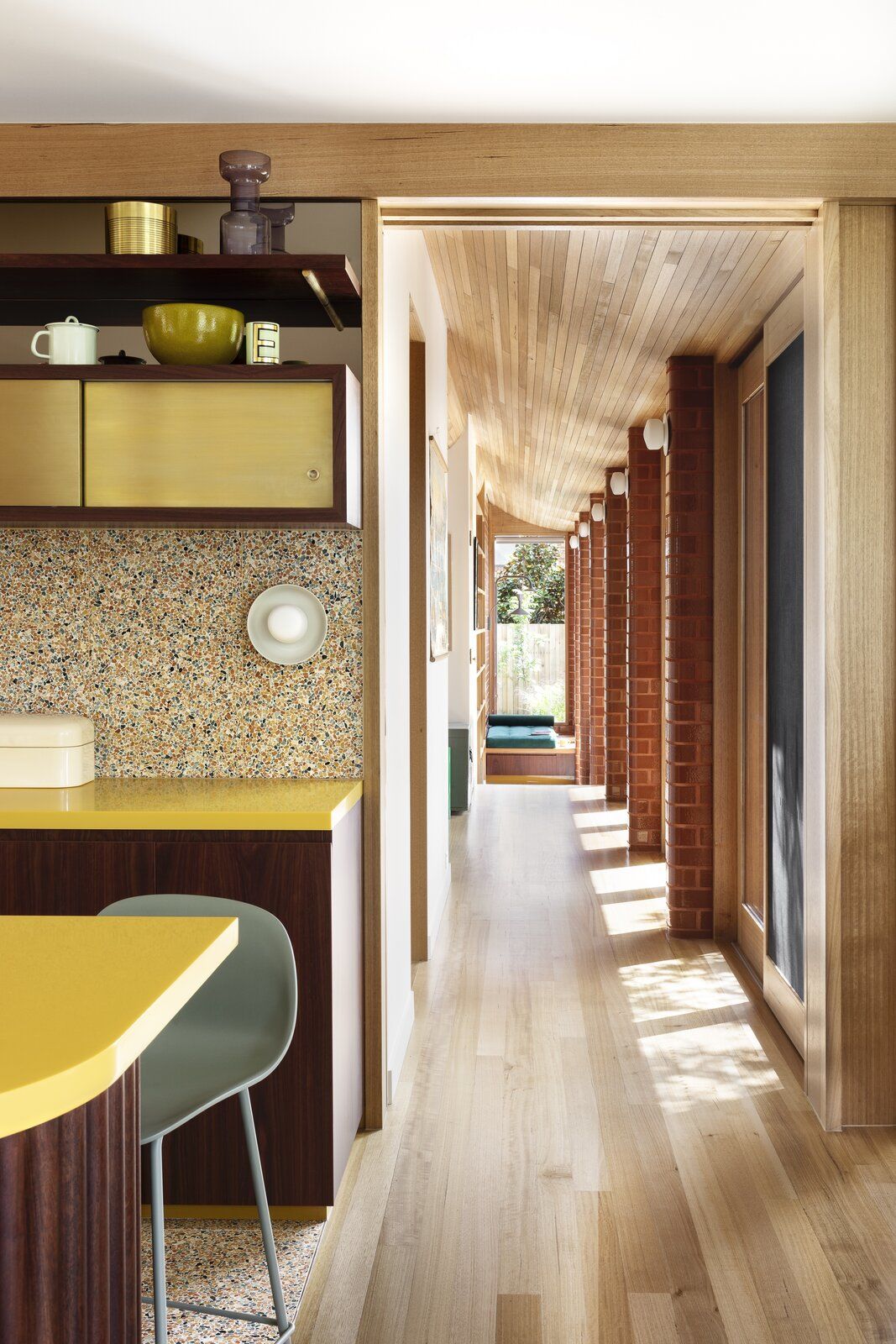 The playful approach is evident in the vibrant, saturated colors used in the interiors. The sunny yellow in the kitchen was inspired by banana-flavored Paddle Pops that Aussies eat as kids. "If some part of the house was to exemplify the clients, I feel like it’s the island," says the architect. "It’s the heart of the house and the thing that everyone moves around-but it’s also just really too much." 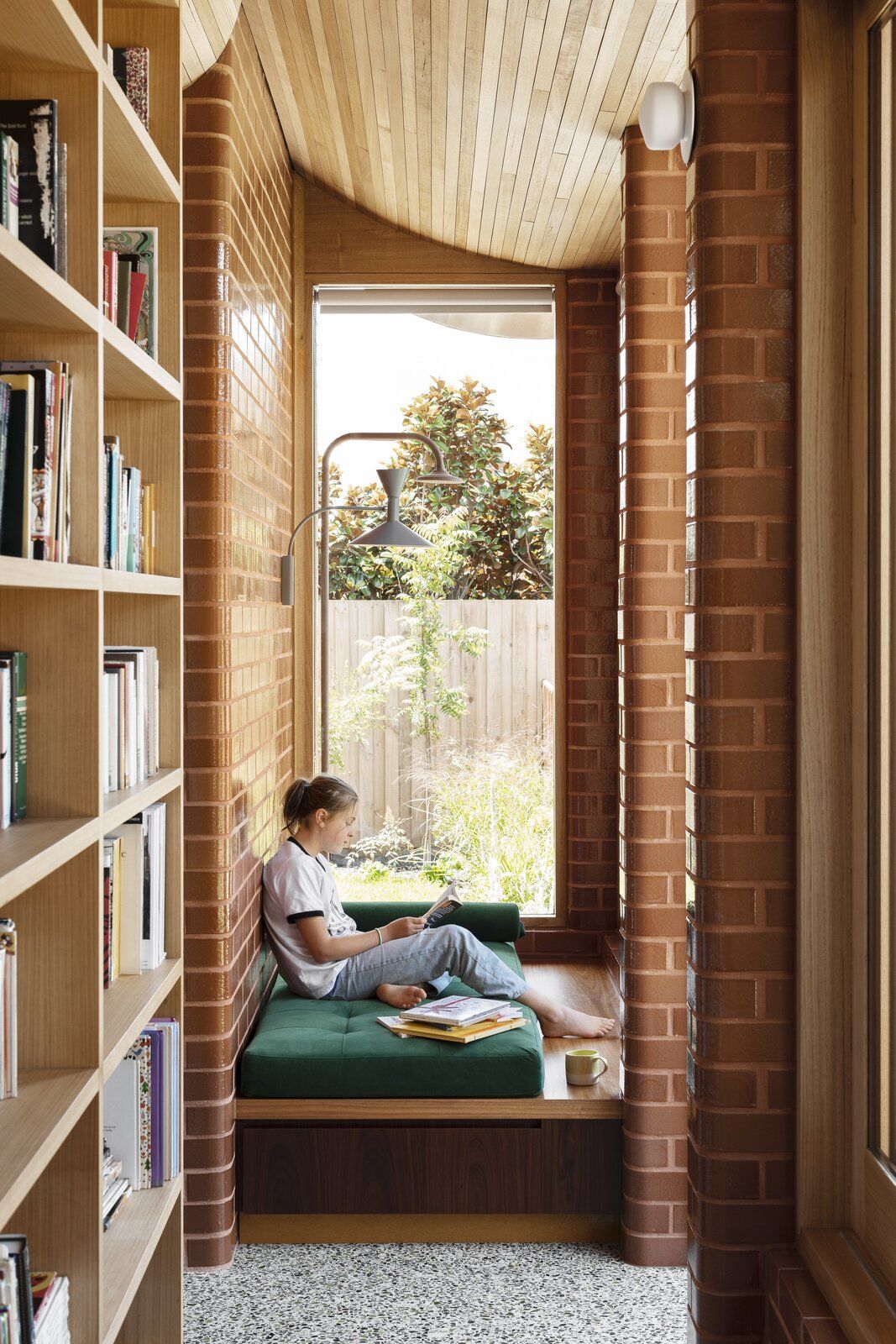 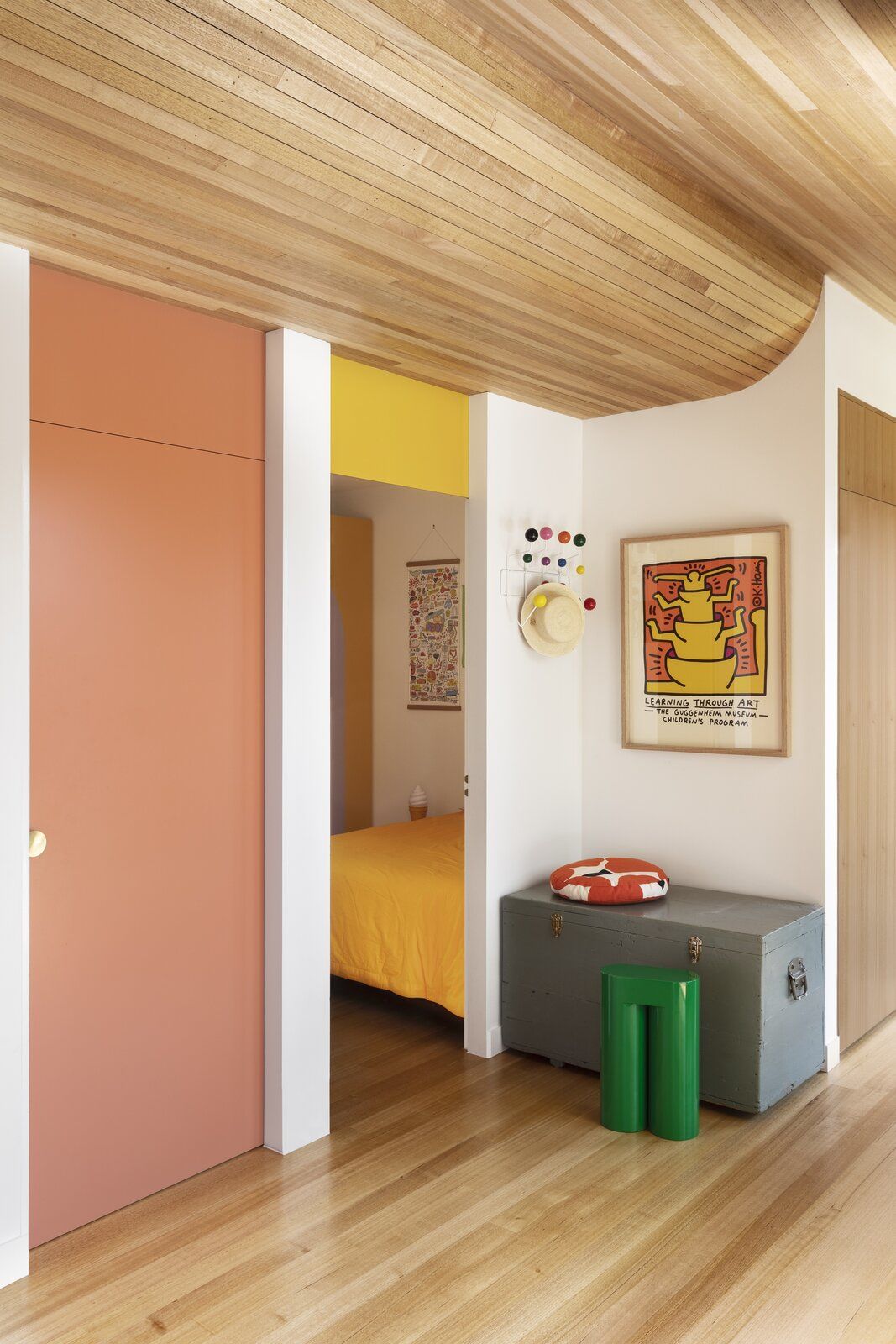 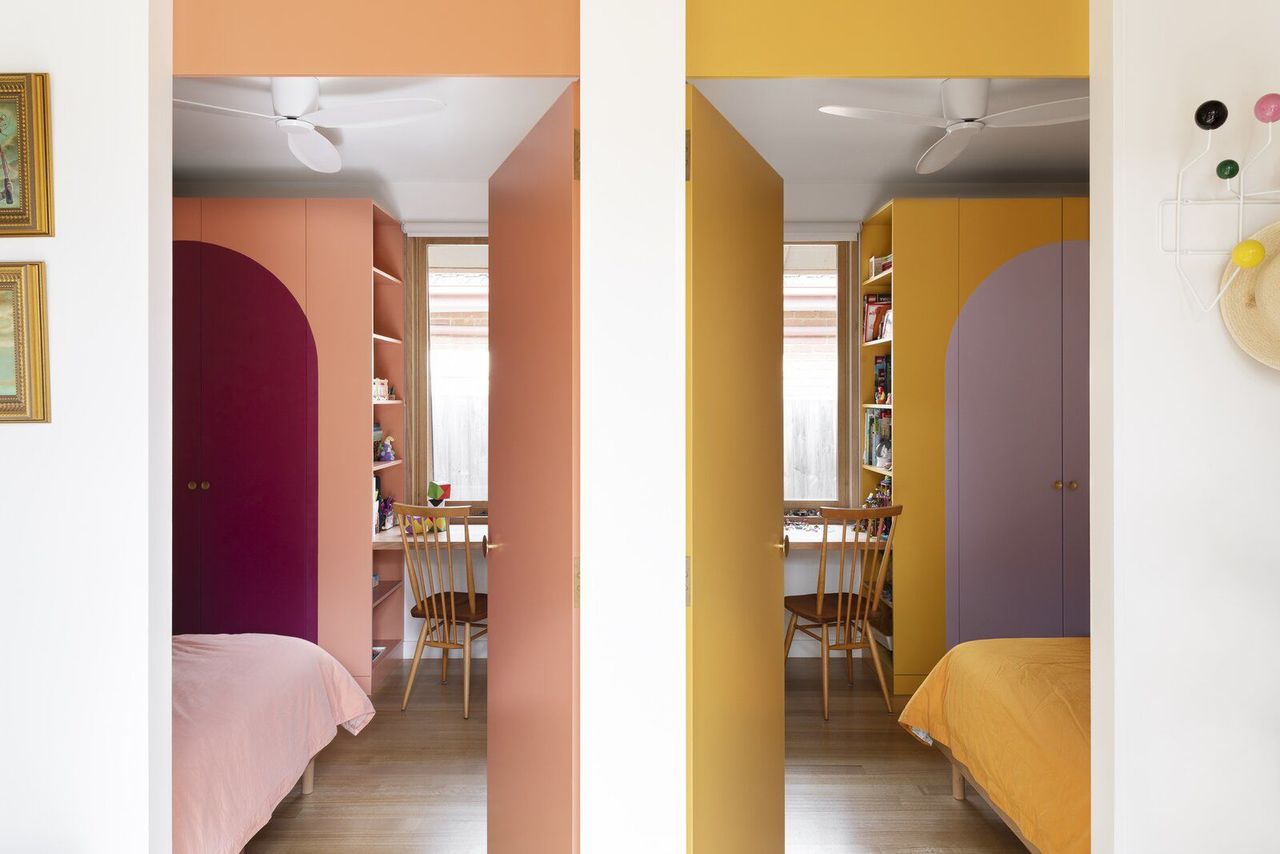 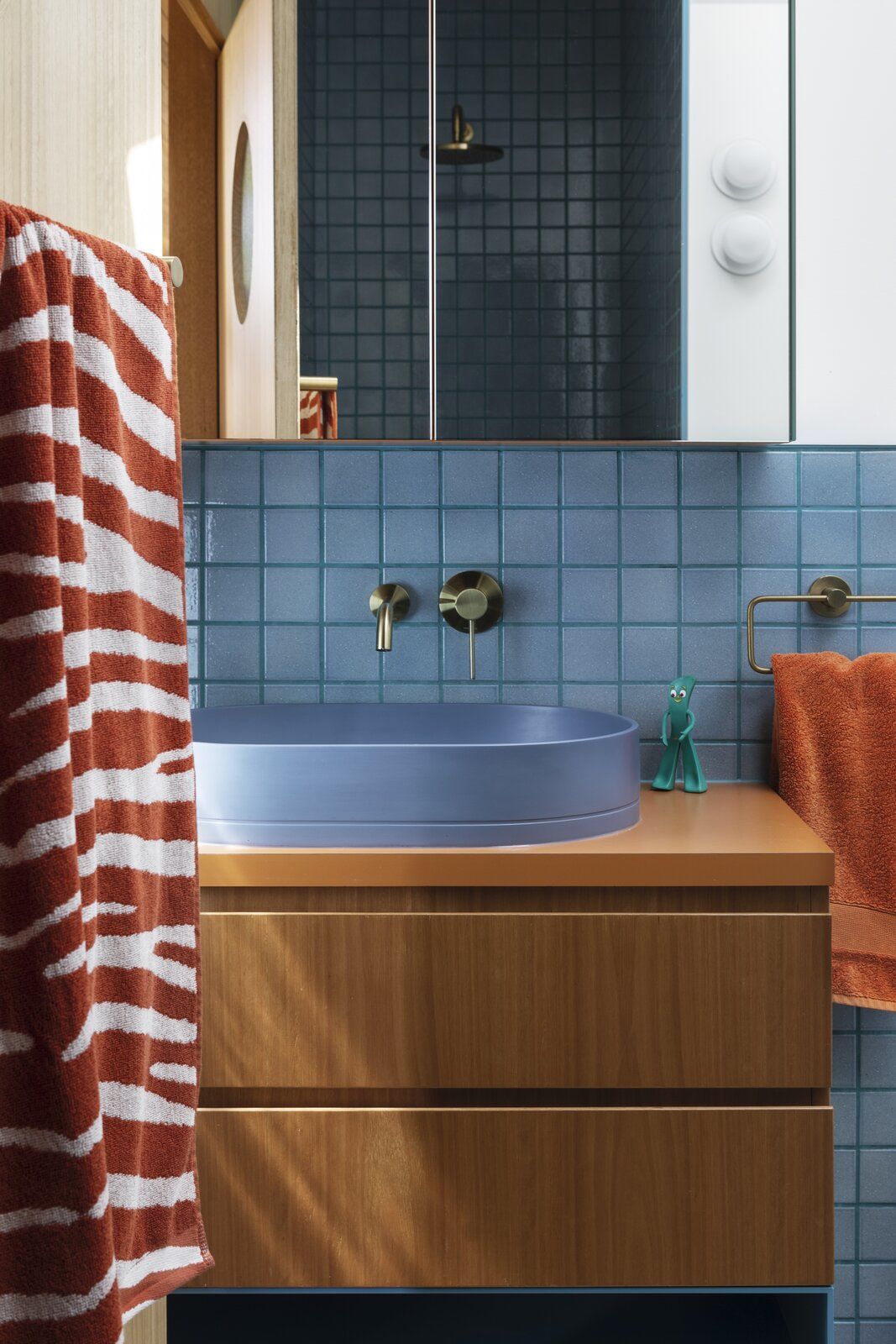 Beyond the color palette, the architect rearranged the sleeping quarters and created a new kids’ wing in an addition that extends into the backyard and adds about 430 square feet to the home. The additional space allows each kid to have his or her own bedroom. The architect managed to squeeze in two small bathrooms, too, so each child only has to share a bathroom with one sibling. A wavy sculptural roof tops the addition, adding visual interest. 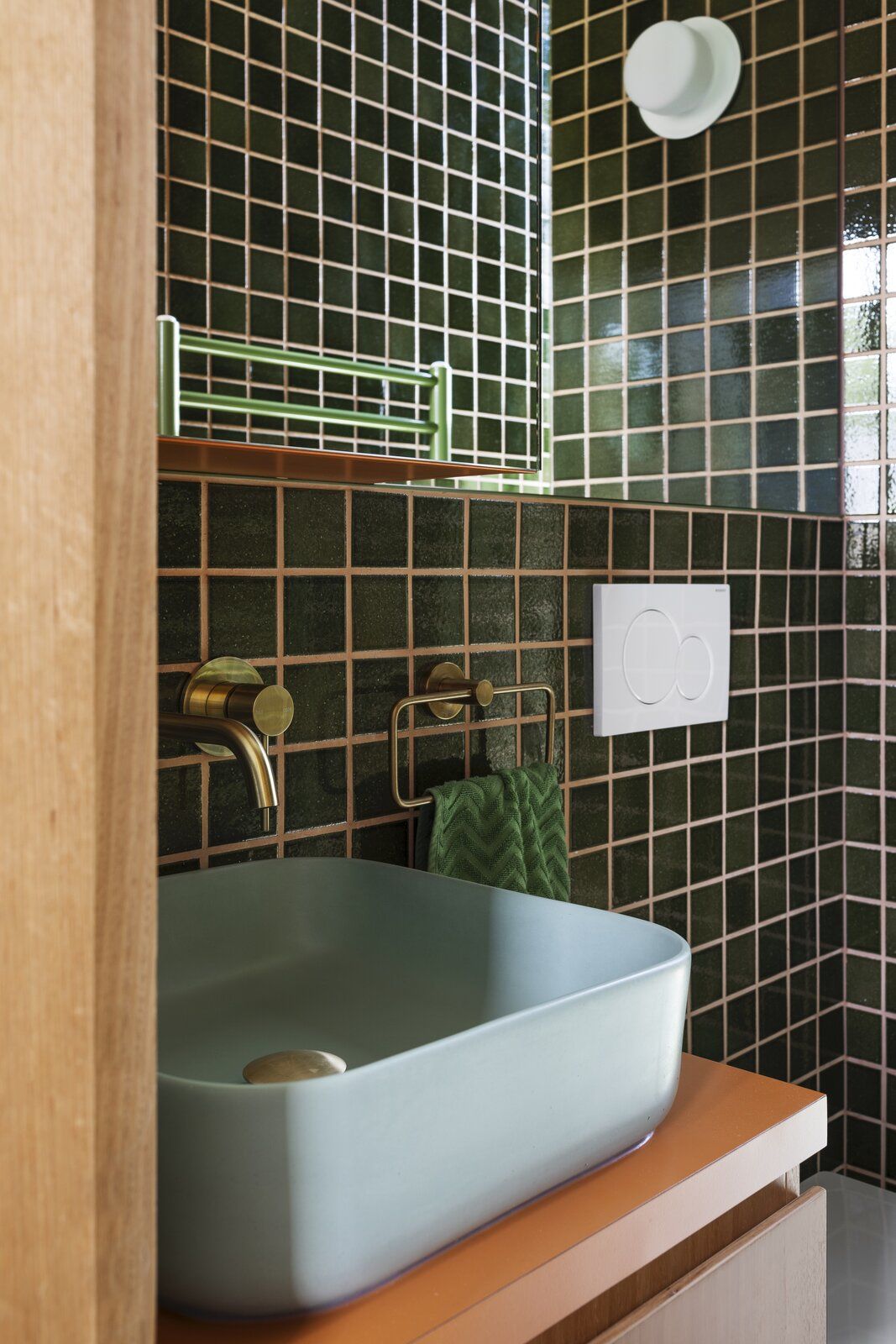 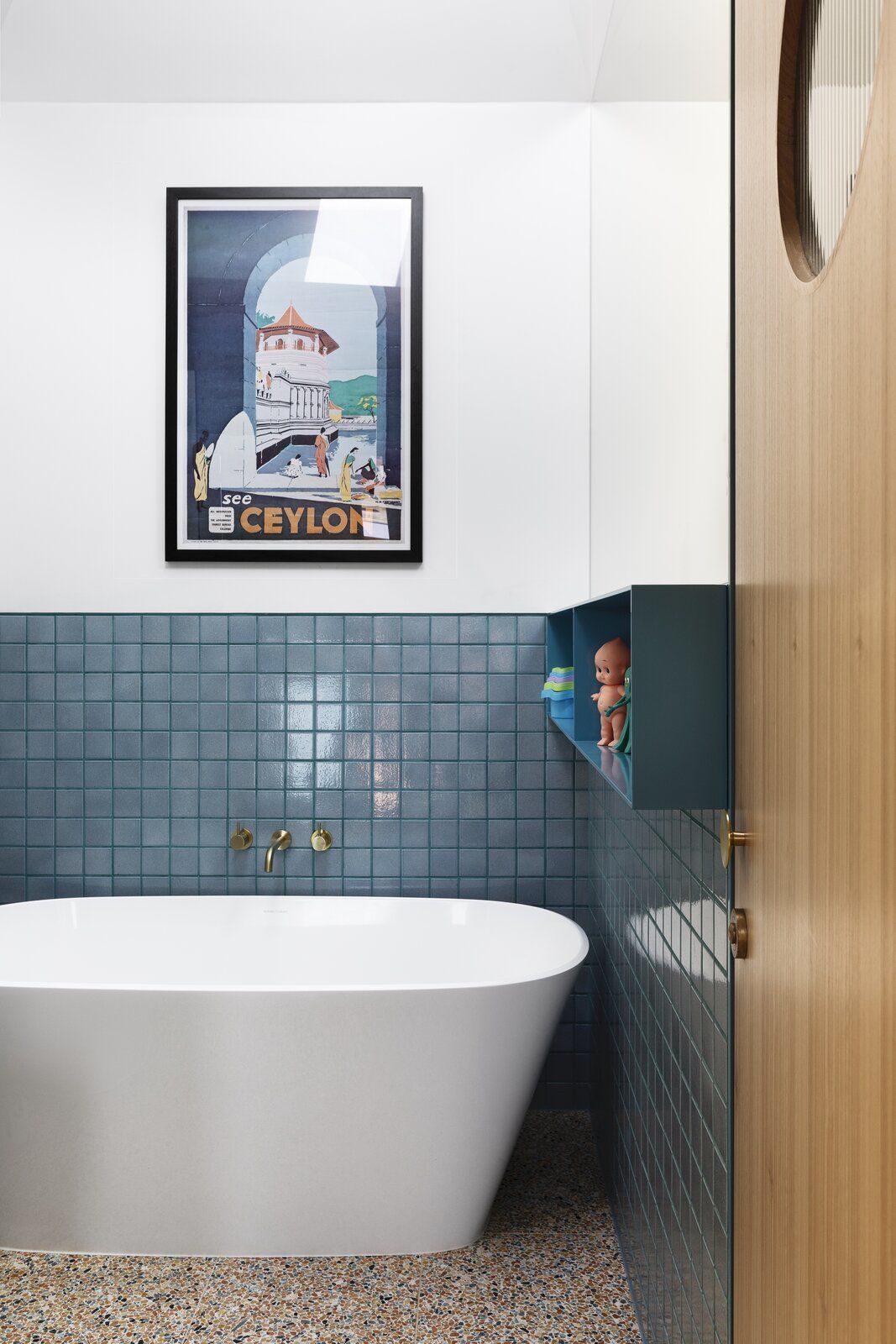 "I think that this project invites other people to be playful and engage with their own family stories and feel comfortable with taking risks," the architect says. "For us, it’s a very special project because it’s given us professional license. This project has given this amazing confidence in us and in the style."