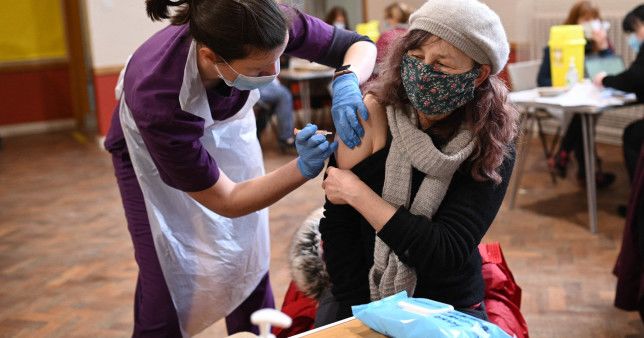 94% of UK adults say they would accept Covid vaccine

A total of 94% of UK adults say they are happy to receive the Covid vaccine, new ONS data shows.

Matt Hancock hailed the figures at a Downing Street press conference today, saying enthusiasm for the jab was ‘staggering’.

More than 19 million people have now had the first dose of a coronavirus vaccine – 35% of UK adults – and 10 more ‘life-saving’ vaccine centres are due to open this week.

However, the health secretary warned ‘it’s not over yet’ as he revealed the rate of Covid decline is slowing across the country.

Deaths have halved in the past fortnight, but an average of 380 people are still dying with the virus every day.

Hospital admissions have fallen by 40% over the past two weeks – but 15,400 people remain in hospital.

The number of cases is now falling by only 15% a week across the UK. In some areas, this has flattened entirely, while one in five local authority areas has seen a rise in infections in the last week.

Mr Hancock said: ‘While the vaccination programme is rolling out at the pace of one of the fastest in the world, we’re not there yet.

‘We can all take comfort that through science we have found a solution. We’ve got a root out. 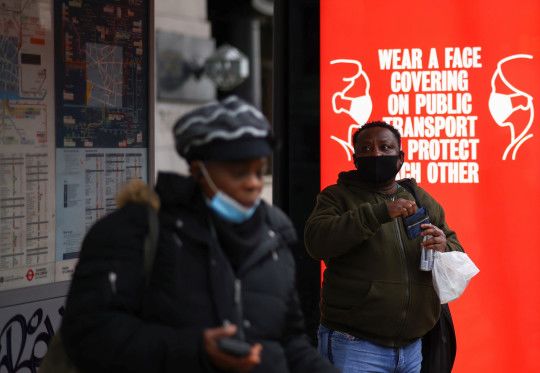 The rate of Covid decline is slowing across the country, Government advisers have warned

He added: ‘I’m very pleased to be able to tell you that today’s data from the ONS show 94% of adults saying they’ve either received the jab or they intend to do so. That is staggering.

‘It’s really really good news that there is so much enthusiasm for this jab and it’s a testament to colleagues who’ve worked so hard to build confidence in the jab and make it as accessible as possible for people which is what we’re constantly striving to do.’

People aged 40-49 are next in line for a jab after Government advisers concluded that vaccinating in order of age remained the quickest way to cut deaths.

However, the decision has spurred outrage as police officers and teachers are still not prioritised.

Cheshire police and crime commissioner David Keane has written to the Prime Minister calling for a U-turn.

In the letter, he said: ‘Police officers and staff put themselves and their families at risk everyday by working in close contact with those who may be carrying the virus.

‘But you have let them down by your failure to protect them through the vaccination programme.’

Mr Keane said at least 22 police officers and staff, including one in Cheshire, had lost their lives to coronavirus.

He added: ‘I urge you to stop betraying our hardworking frontline police officers and staff and reduce the risk of them catching this deadly disease and spreading it to vulnerable people in our communities, putting even greater strain on our already stretched public services.’