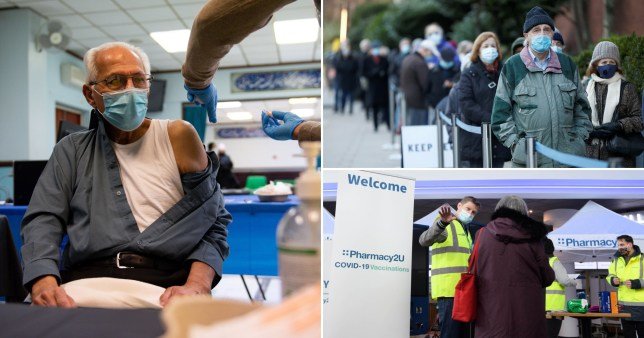 The new vaccination centres will be focusing on offering jabs to health and social care staff on Monday, before opening their doors to other priority patients on Tuesday.

NHS England said hundreds of thousands of letters have already been sent out to people over the age of 80 in the vicinity of the new sites inviting them to book a jab.

The announcement comes after a record-breaking day which saw nearly half a million people given their first dose.

Government figures show that 478,248 people received their first jab in the 24 hours to Saturday – the highest daily total so far.

One of the new vaccination centres has been set up at the Black Country Living Museum in Dudley,made famous as the set of hit TV series Peaky Blinders.

Others roped into the vaccine effort include a race course, a show ground, a football stadium and a former Ikea store. 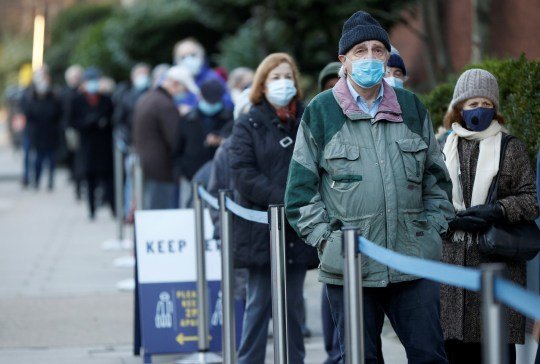 People wait in line to receive the coronavirus vaccine

In the North East, a site has been set up in Sunderland’s Nightingale Hospital, while in the North West one will open in Blackpool Winter Gardens and another in Lancaster Town Hall.

In the Yorkshire and Humber region, one centre is housed at Sheffield Arena and one at Spectrum Community Health’s premises in Wakefield.

As well as the Black Country Museum, in the West Midlands centres have been prepared at Stoneleigh Park Agricultural Centre in Warwickshire, the Artrix Centre in Bromsgrove, Worcestershire, and the Daniel Platts Business Park in Stoke-on-Trent.

Residents of the East Midlands will soon be able to get vaccinated at the Peepul Centre in Leicestershire, the Derby Arena, the Royal Pavilion at Moulton Park in Northamptonshire and at a former Wickes Store in Mansfield in Nottinghamshire.

In the east of England, there is a site at the Peterborough City Care Centre, one at the Redgrave Children’s Centre in Luton and another Gainsborough Sports Centre, Ipswich.

To the west of England, a site is now located at the Telford International Centre in Shropshire. 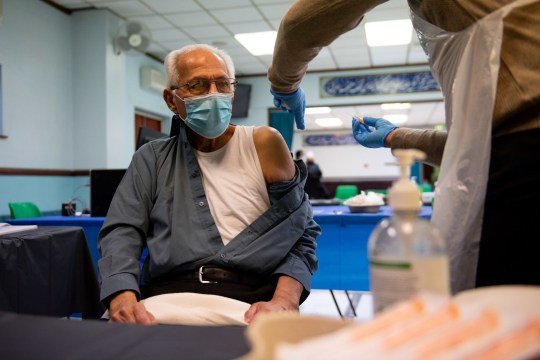 Shoukatali Dahya, 80, receiving an injection of the Oxford/AstraZeneca coronavirus vaccine at the Al Abbas Mosque, Birmingham

In London and Greater London, there are sites at the Hornsey Central Neighbourhood Health Centre in Crouch End, one in an old Ikea unit at Westfield shopping centre in Stratford, another in the Francis Crick Institute in central London and one at the Hawks Road Health Clinic in Kingston.

In the South East, a vaccination centre has opened at Harlow Leisurezone in Essex, another at Oxford Kassam Stadium and one at Southampton Clinical Commissioning Group’s offices.

A site has been stationed at the Bath and West Showground in Somerset, and elsewhere in the South West there are sites at Bath Racecourse and at Salisbury City Hall.

There is also a centre at Plymouth Argyle FC’s stadium Home Park, another at the Westpoint Exhibition Centre in Exeter and one at Devon Stithians Showground in Truro, Cornwall.

On the South Coast, a vaccination site has opened at the Brighton Centre and one at Debenhams, Folkestone.

The new centres will mean there is a network of 49 mass vaccination sites across England.

There are also 70 pharmacies offering the jab, as well as more than 1,000 GP surgeries and 250 hospitals 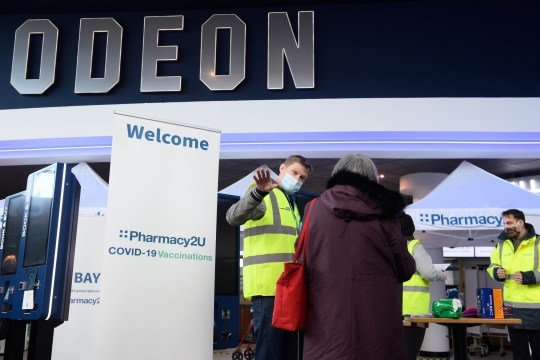 Sir Simon Stevens, NHS chief executive said: ‘The whole of the NHS has mobilised to set about delivering this huge Covid-19 vaccination programme, and as more supply becomes available, we’re able to expand its reach and scale.’

Health Secretary Matt Hancock appealed to the public to stick to social distancing measures as the vaccine roll out continues.

He said: ‘While the vaccine can prevent severe disease, we do not know if it stops you from passing on the virus to others, and it takes time to develop immunity after a jab.

‘So for now everyone must continue to stay at home to help bring down infections and protect the NHS.’

Those eligible for a vaccine will receive a letter and should not contact the health service, NHS England said.

You cannot get a vaccine just by turning up, and those given a time slot are asked not to arrive early to prevent queues and overcrowding.