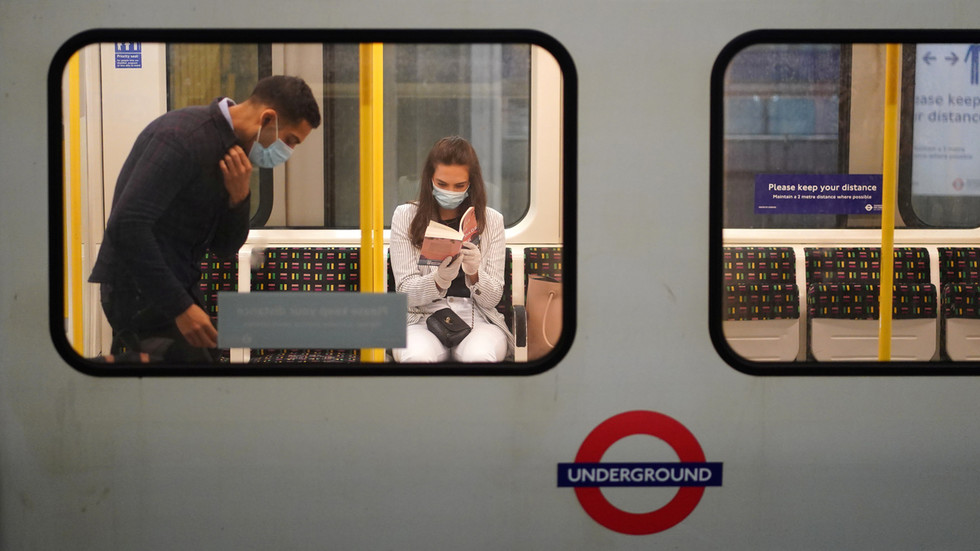 Around 1 in 35 people in London tested positive for Covid-19 in the week ending January 16 – the highest rate of infection anywhere in the UK, according to new data from the government's Office of National Statistics (ONS).
The number is equal to 2.89 percent of all London residents, the ONS said in Friday's data release, although in some boroughs of the capital the infection rate was higher than five percent.

London has been hit particularly hard by a more infectious strain of coronavirus discovered in the south-east of England in November, which recently accounted for as many as six out of every 10 Covid-19 cases in the city, according to ONS data.

The most up-to-date ONS figures show that the percentage of people with "new variant compatible" positive test results has decreased in London, the south-east and east of England in the week ending January 16.

However, the NHS’ national medical director for England, Professor Stephen Powis, warned this week that London's healthcare system faced "severe pressure" from the UK variant, which he said had "really got hold" in the capital.

His colleague, the NHS England medical director for London, Dr Vin Diwakar, said the situation in hospitals is "precarious" due to the pressure of Covid-19, and that in London hospitals last week over 1,000 patients died.

On Thursday, the government unveiled new £800 fines for those who attend parties of more than 15 people, with sanctions doubling up to £6,400 for each repeat offence.

The clampdown on rule-breakers was outlined by the chair of the National Police Chiefs Council, Martin Hewitt, who offered several examples of recent parties that have likely contributed to the spread of the virus, including events in London.

On Thursday night, police in the capital raided a wedding attended by 400 guests in the north of the city, where the organiser was slapped with a £10,000 fine and five individuals were handed £200 fines.

Officers discovered that the windows of the venue, the Jewish Yesodey Hatorah Girls’ Senior School in Stamford Hill, had been covered in a bid to keep the bash secret.

The UK reported a further 37,892 new Covid-19 cases on Thursday, as well as 1,290 deaths within 28 days of a positive test, taking the total number of people to have died from the virus within four weeks of diagnosis to almost 95,000.
#COVID-19  #Covid  #Coronavirus
Add Comment