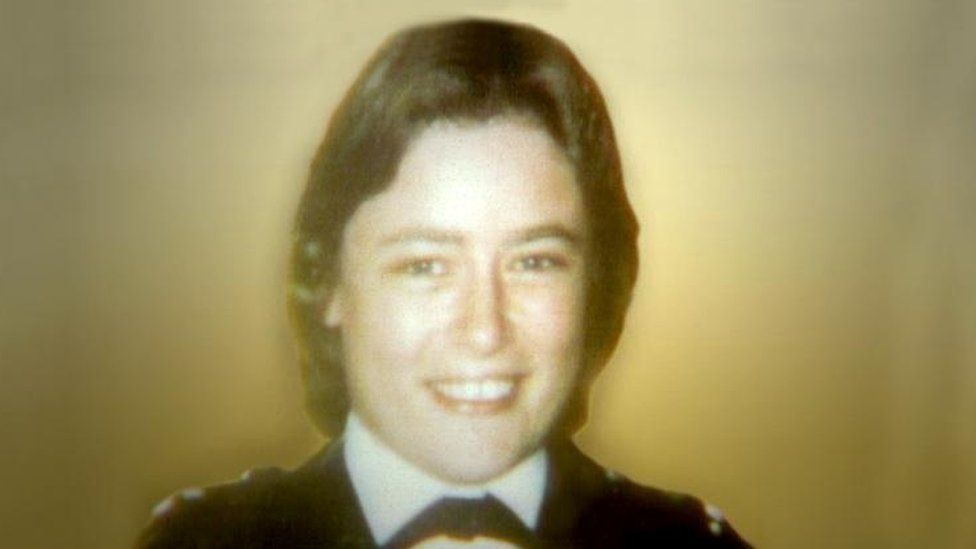 A Libyan man, said to be close to the country's former leader Colonel Gaddafi, was "instrumental" in orchestrating the shooting of PC Yvonne Fletcher, a court has heard.

PC Fletcher, 25, was killed outside the Libyan Embassy on 17 April 1984 during a protest by anti-Gaddafi activists.

A civil case has been brought by her former friend and colleague John Murray against Salah Ibrahim Mabrouk.

The court heard the shooting plan came from "way up the hierarchy" in Libya.

Mr Mabrouk was one of the key figures in a "revolutionary committee" that had taken over the Libyan Embassy on Gaddafi's orders just before the shooting, leading it to be renamed the Libyan People's Bureau, the court was told.

Gaddafi took power in Libya in 1969 but was driving the country in an increasingly radical direction and targeting his enemies abroad, including the UK.

On 17 April, two Sterling sub-machine guns were used to fire on anti-Gaddafi protesters outside the building from a first floor window, killing PC Fletcher and injuring others.

The court heard evidence that the shooting was the result of a clear plan.

There had been warnings to the Foreign Office in London and British Embassy in Tripoli the previous evening that violence was possible.

"Not only was there a plan but that plan went way, way up the hierarchy," Phillippa Kaufmann QC, acting for John Murray, told the court.

"It was known in Tripoli in Libya that something was going to go down the very next day - there was going to be some form of violence."

'Teach them a lesson'

Mr Mabrouk had told a meeting that he had spoken directly to Gaddafi who had told him to "use the facilities, the guns, the weapons and the power of the embassy" to target anti-Gaddafi activists, according to a witness statement provided by an individual who had infiltrated pro-Gaddafi students.

Mr Mabrouk was said to be "very close" to Gaddafi and witness statements said Mr Mabrouk was one of only a small group of people who had authority to organise such a shooting.

"This was an individual... not only committed to the plan but instrumental in its orchestration," the court was told by Ms Kauffmann.

Mr Mabrouk was identified as having asked for a Libyan solider to be brought to the embassy on the morning of the shooting to show others "how to put together and dismantle a gun," according to a statement from an anonymous Libyan witness.

Mr Mabrouk is not alleged to have fired the actual shots.

The court heard one of two possible gunmen may have left the embassy from a garage before fleeing to Morocco. But Mr Mabrouk was carrying some of that man's documents, which he said had come into his possession because he had picked up his jacket by accident that morning.

The court was told Mr Mabrouk was "plainly helping" this individual. This gunman was said to have died in 2011.

Mr Mabrouk was also alleged to have told pro-Gaddafi counter-protesters where to stand so they would not get shot that morning, indicating he knew not just that a shooting would take place but the direction of fire.

The evidence about Mr Mabrouk came largely in the form of written statements previously collected from Libyans.

Libyans close to Gaddafi had described opposition activists as "stray dogs" who should be killed.

Mr Mabrouk had asked for names, addresses and telephone numbers of anti-Gaddafi students, the court was told, while others had talked of "teaching them a lesson".

The court also heard evidence that a video had been made from inside the building to show Gaddafi the shooting. This video has never surfaced.

Mr Mabrouk has been barred from re-entering the UK and he is not defending the case but in an email to Mr Murray's lawyers he denied any involvement.

On Thursday, Mr Murray gave evidence about the day of the shooting. He explained how he and PC Fletcher were due to be undertaking other duties that day but at the last moment were asked to fill in and help police a demonstration outside the Libyan Embassy. 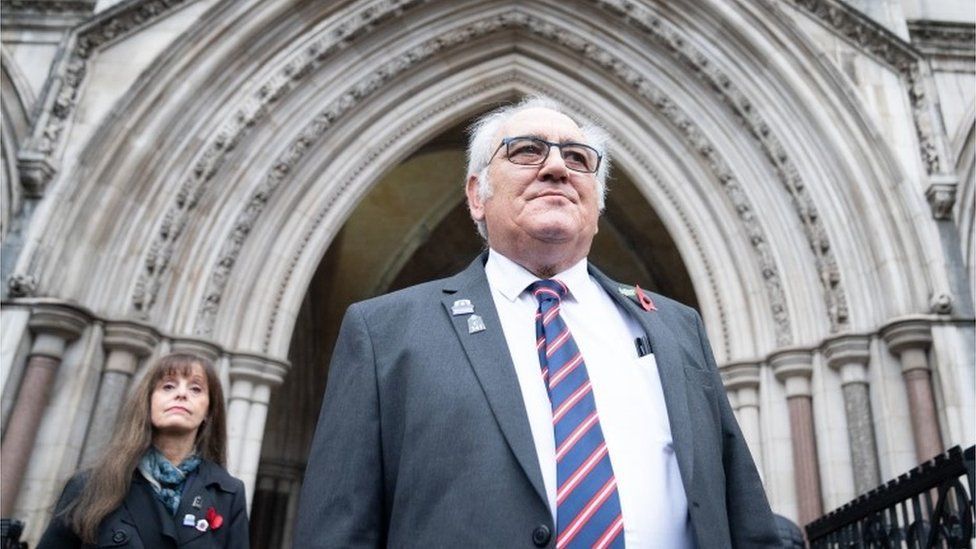 Mr Murray said he and PC Fletcher had talked to the demonstrators and swapped where they stood a number of times. Then suddenly he heard what sounded like a firecracker and turned to see his colleague and friend lying bleeding on the pavement.

"I blamed myself. I felt responsible for Yvonne's murder," he said in emotional testimony.

"If I had changed places with her once more, it would have been me… she died in my place as far as I was concerned."

The events left a deep personal impact, he said. "I was in a dark place," he said of the aftermath, adding that 37 years on he still dreams about that day. "It's always there."

As she was dying, Mr Murray promised he would find those responsible. "The last words she would hear was me saying I would find who did this to her and why. That was the promise I made to her and I intend to keep."

Mr Murray said he felt "disgusted" and "very depressed" when he discovered that Prime Minister Tony Blair had not raised the issue of PC Fletcher's killing when he met Gaddafi in 2004, despite having been told that it would be top of the agenda.

Mr Mabrouk was deported after the shooting but then returned to live in the UK. In 2015 he was arrested in connection with the killing but in 2017 the case was dropped because crucial evidence could not be used on grounds of national security. That led to the civil case brought by Mr Murray.

A judgement is expected next week.